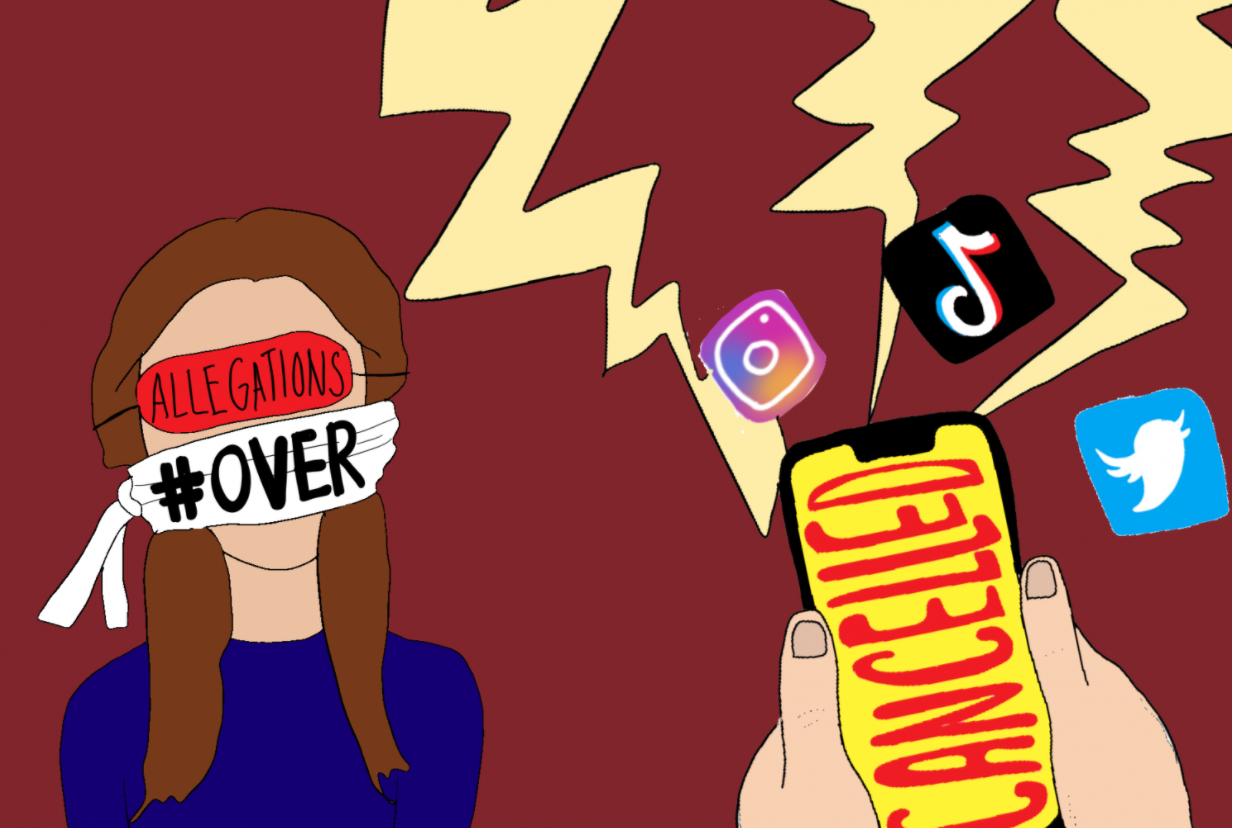 Although cancel culture remains a way for people to hold celebrities and influencers accountable, there are also examples in which “canceling” has become a toxic form of cyberbullying. Take, for example, Claire Drake. This fifteen-year-old girl has 1.5 million followers on Tik Tok but has chosen to take a break from social media (she has not posted since January 26) after people canceled her for a joke she made about the Holocaust when she was 13 or 14 years old. Many claimed it was “unforgivable,” but young adolescents by definition grow and change, and what they once said may not be what they would say now. The list of influencers/celebrities who have been canceled is growing rapidly, with new names added almost every week. However, along with people like Claire Drake, there are also people who have made serious mistakes that are not as easily forgivable. This points to the dilemma of cancel culture: two people are grouped together as being canceled when one has done something much worse than the other.

The most recent canceling has been aimed at David Dobrik, who is a popular YouTuber with 18.8 million subscribers. He and his friends, called the Vlog Squad, have been posting for about four years, becoming known for creating crazy videos with stunts and pranks. Throughout these years of posting, many people have referred to them as “unproblematic” and “non-cancelable,” but this has since proven untrue after a past girlfriend of Vlog Squad member Jason Nash posted many videos on TikTok and Youtube calling him out for his behavior.

Dobrik and Nash have recently been accused of sexual assault by a past friend, Seth Francois, who claims that they did not ask for his consent before “pranking” him. The prank included Jason wearing a mask and pretending to be a girl to make out with Seth. The video with the prank has since been removed, but copies of it have resurfaced. After these allegations, more people have come forward to tell their story regarding the Vlog Squad. A woman, who chooses to remain anonymous, has told her story in which Dobrik gave her and her underage friends alcohol, and one of his friends, Dominykas Zeglaitis (also known as Dirty Dom in the Vlogs), raped her after she was too drunk to consent.

On March 17, Dobrik broke his silence and posted a video on youtube titled “Let’s Talk.” His video is only about two and a half minutes and consists of him giving a weak apology. This is a very common part of cancel culture; whenever someone gets canceled, they post an apology video to try and gain some respect and forgiveness, but this one is different. Firstly, Dobrik posted the video on one of his lesser-viewed Youtube channels, “Views,” instead of on his main channel. Second, he barely discussed the allegations against him and his friends.

After the backlash he received on his first apology video, he posted another one on March 23. This video is longer, at about 7 minutes, and in the video, he apologizes profusely and even begins to cry. While on the surface the video seems to be genuine and heartfelt, it has still raised some suspicion because it was posted only after Dobrik started to lose all of his sponsorships. He has since been dropped by 13 brands that he had associated with, including Chipotle, Honey, and Seatgeek; all of which he has partnered with for years. He has also left his partnership with the disposable camera app, Dispo, which he co-founded in 2019. As if this money loss was not enough, Youtube, on March 26, demonetized all three of his channels, which means that Dobrik can no longer make any money off advertisements on any of the videos he has posted on his channels.

This situation just goes to show how people watching social media can never know the whole truth about influencers, and it reveals the dangers of idolizing Youtube/Tik Tok celebrities. The examples also show the danger of using the same term “canceled” for someone who made an insensitive remark as a young teenager and for someone in his mid-20s facing serious sexual assault allegations.