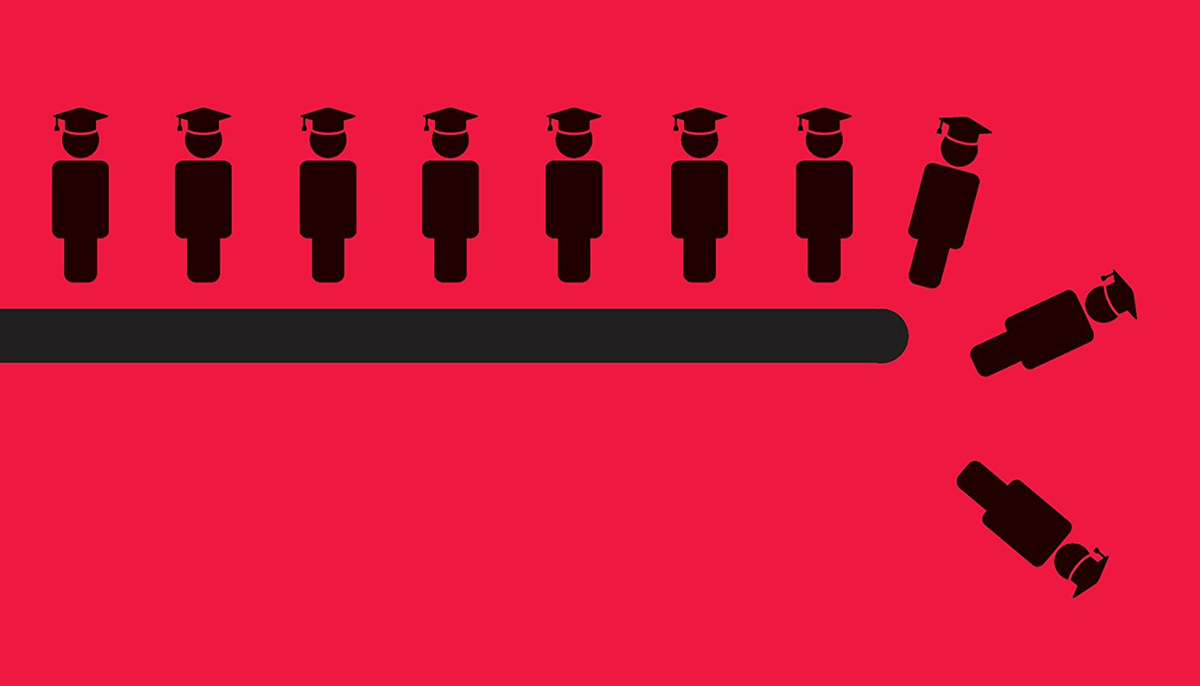 The purpose of a college education is to prepare students for the real world by engaging them in open dialogue with their peers. In recent years, however, a concerning trend–amplified by Gen Z’s entrance into college around 2017–has emerged as a threat to how college campuses should function. In their 2018 book The Coddling of the American Mind, First Amendment expert Greg Lukianoff and social psychologist Jonathan Haidt examine this trend, provide explanations for why we may have gotten there, and offer solutions to create “wiser” societies and universities.

To analyze this trend, the authors provide three central bad ideas that more campuses are starting to embrace, which they call the “Great Untruths.” The Great Untruths have contributed to: an increase in disinvitation attempts of controversial speakers; a growing intolerance towards opposing viewpoints on campus; and a rise in “call-out culture” (cancel culture), where teachers, speakers, or writers are denounced and slandered by angry students for what they said or published.

Ambivalent about using the term “coddling” to present their argument, which implies one is being pampered or spoiled, Lukianoff and Haidt admit that teenagers today face constant pressure in their everyday lives, such as competing for admission into top colleges. However, the way that parents and teachers go about reducing these stressors is actually harming the students, hence the book’s subtitle: “How Good Intentions and Bad Ideas Are Setting Up a Generation for Failure.”

The first Great Untruth is the untruth of fragility, that what doesn’t kill you makes you weaker. Many of us have heard the expression, what doesn’t kill you makes you stronger, but some students are starting to believe they need to be shielded from anything that could potentially be offensive or harmful to them. The authors call this idea safetyism. However, children and teenagers are actually antifragile, meaning they need to be exposed to adversity in order to learn and grow.

In one viral 2015 incident at Yale University’s Silliman College, a group of students surrounded the master of the college and berated him about an email his wife (a lecturer and associate master of the college) sent to the faculty, in which she expressed her disagreement about the university’s policy of regulating Halloween costumes. The protesting students took that to mean she was in favor of racist costumes. One student’s words perfectly sum up the concept of safetyism: “It is not about creating an intellectual space! It is not! It’s about creating a home here.” Some students are starting to prioritize their emotional safety over their academic growth.

The second Great Untruth is the untruth of emotional reasoning: always trust your feelings. The authors argue that in many cases, our feelings are not right, especially when it comes to microaggressions. Microaggressions are insulting, offhand remarks towards people of color, according to Derald Wing Sue, the professor who invented the term. The problem with microaggressions is that the person on the receiving end of the insult decides for themselves whether it was intentional, regardless of what the offender’s actual motive was. If students are encouraged to make hasty judgments like this, then they are creating higher levels of distrust and conflict between them and their peers.

The problems that Lukianoff and Haidt address in the book are hot-button political issues, but they manage to approach their argument from a bipartisan standpoint. They acknowledge that although most of the bad ideas presented in the book originate from the left, the right often blows the situation out of proportion, thus starting the polarization cycle over again.

The last Great Untruth rebuts the notion that life is a battle between good people and evil people. The authors explore the concept of common-enemy identity politics, in which groups of people join together to fight against a common enemy. This, combined with interpreting microaggressions as intentional acts of violence, encourages people on the perceived “good” side to call out (or cancel) anyone who presents an opposing viewpoint. This creates a climate that is devoid of open discussion and dialogue, which are core principles of a college education.

Lukianoff and Haidt encourage universities to foster students’ passion and activism by challenging them through civilized debate, not by sheltering them from adversity. A famous proverb quoted in the book reads: Prepare the child for the road, not the road for the child. In the real world, the road will be bumpy and unpaved. Teaching students how to navigate those bumps is the only way to prepare them for success.