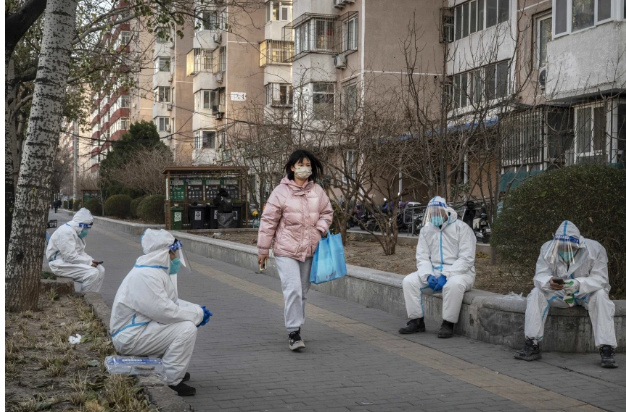 Recent protests in China over strict Covid-19 policies have garnered a response from the Chinese government, who have pulled back restrictions and opened up more of the country. The public can now quarantine in their homes rather than state facilities, don’t need to show tests everywhere they go, and lockdowns will be targeted in more specific locations rather than whole towns and cities. While many Chinese citizens are happy with loosened restrictions, some are worried that the sudden spread of Covid-19 will inundate the Chinese health system.

Public disfavor with China’s prolonged Covid-19 lockdowns and testing turned to protest on November 25 after a deadly fire killing 10 people broke out in an apartment building in Urumqi. Videos taken suggest that lockdown measures delayed the fire department from reaching the victims in time to save them, prompting outrage amongst the people. Large crowds of demonstrators gathered in 17 cities across China, including Beijing, its capital, demanding that the government end its “Zero-Covid” policy.

China’s Zero-Covid policy has lasted for nearly three years now, and imposes strict requirements for the public to follow, such as requiring frequent testing in order to enter public areas and for anyone even suspected of having been in close contact with someone infected to quarantine. A person’s test results are logged onto government databases and to an app where they are given a profile they must keep “normal” in order to access public transit and venues. Positive tests, contact with infected people, or visits to unsafe places can cause a person’s profile to become “abnormal,” which can sometimes lead to quarantine.

Within a week after the demonstrations however, restrictions were abruptly lifted. The travel tracking feature on the health app has been dismantled, and showing one’s testing status is no longer required in every city. Citizens are now allowed to quarantine themselves in their own homes instead of in state-monitored facilities. Testing booths and lockdown barriers are being removed across the country as the government takes a complete 180 degree turn in policy. The suddenness of the de-restrictions have many worried about the impending wave of Covid-19. Already many more people are getting infected, and hospitals never had a chance to stock up on necessary supplies like ventilators and medicines before restrictions were lifted. While 90% of the population has been vaccinated, according to CNBC only 65% of the elderly population has been vaccinated and even less have received a booster. Many of China’s vaccinations have also been deemed less effective than those produced outside the country (China has not approved the use of foreign vaccines). Because of these factors, one Time news article reports that roughly one million people could die from Covid-19 in China next year. What’s even more surprising is that before the protests, policymakers had been doubling down on Zero-Covid, optimizing lockdown measures and increasing testing. This being the case, it seems more than likely that the public demonstrations worked to influence the change in policy.

Protests against the government at a national level are rare in China, and haven’t been as large as these since the famous Tiananmen Square protests in 1989. Although the rallies have attracted thousands of people, the Chinese government continues to act like it never happened, censoring all news of the events, and making no public announcement in recognition of the demonstrations. While in many cases the protesters remained non-violent and dispersed peacefully, authorities have intervened in some cases, flooding protest areas, sparking violent clashes between civilians and police, and detaining protesters. China’s communist party has been building up its control over the public with high-tech surveillance systems, strong state censorship, and regular crackdowns on dissent, so they may view the large protests against government policy as a loosening of their grip on the population.

While initially and predominantly in response to Covid-19 restrictions, some protesters turned their attention to other issues such as state censorship and President Xi Jinping’s growing authoritative control over the Communist Party and China. Some people held up white blank pieces of paper, as a symbolic protest against their limited free speech – referred to by some as the “white paper revolution.” Other’s called out for Xi Jinping to step down from office, a risky action in China today that resulted in multiple arrests and police intervention.

While no changes have been made in response to some protesters’ call for political changes and freedoms, the Chinese government’s quick revisions to their Zero-Covid policies after nation-wide demonstrations show a potential shift in the Chinese Communist Party’s control over the population, and prove the true power of the people.