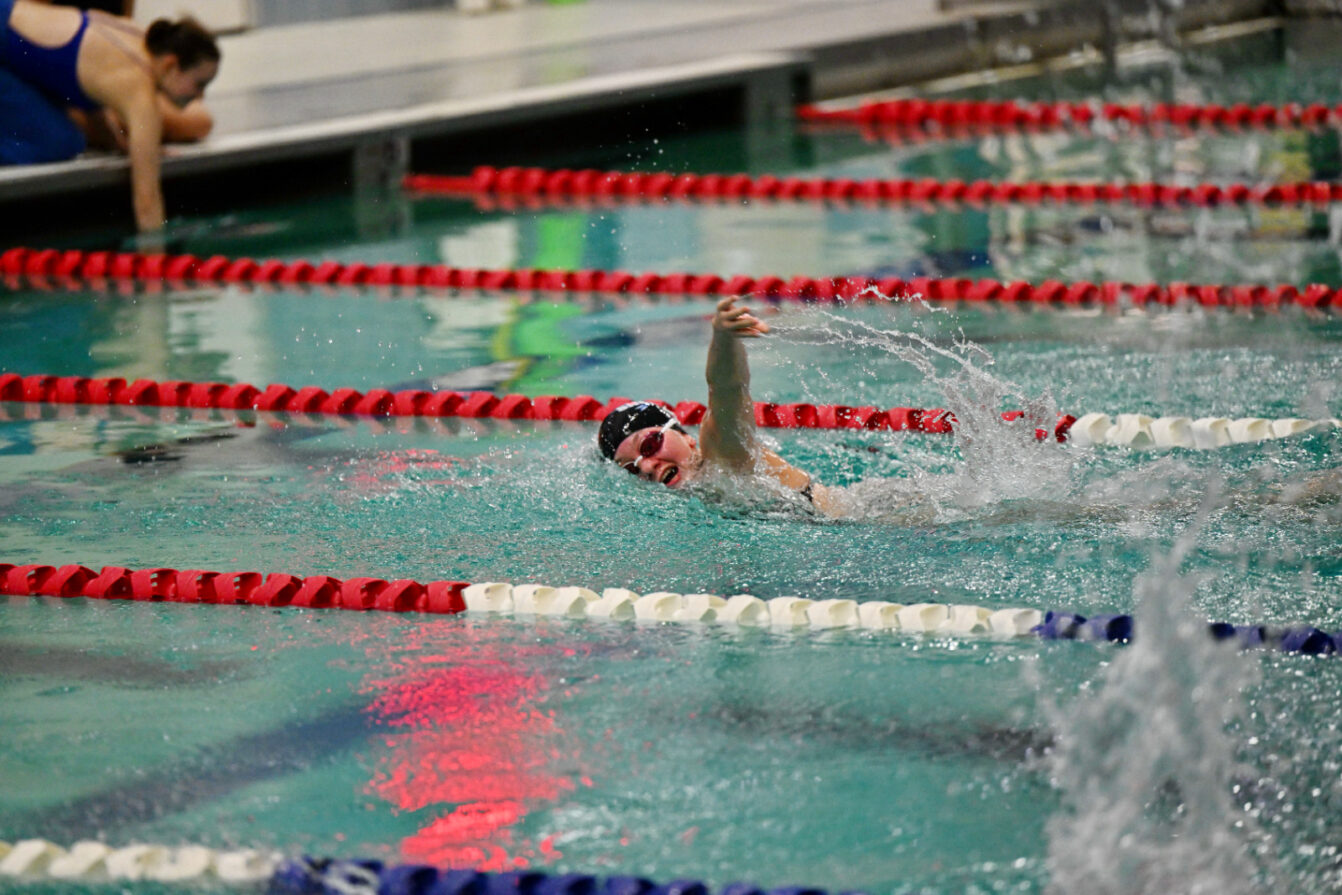 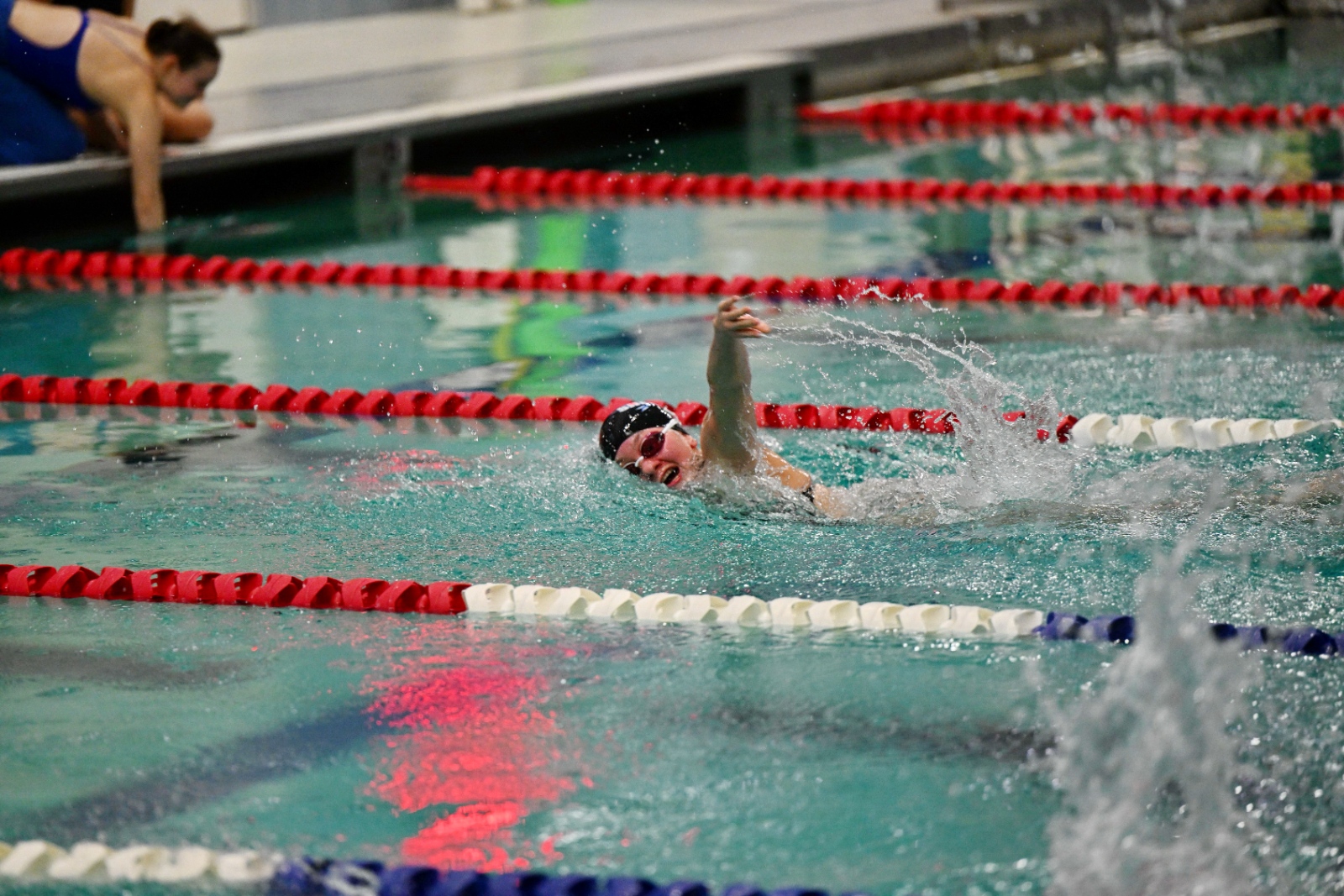 The swim team entered this season missing some of their biggest stars from last year. Max Weinrich now dives for Division I Indiana University;  Emma Dorsey swims in Division II at Clarion University in Pennsylvania; and Katy Wade is a Division I swimmer at Loyola in Baltimore. Despite the loss of talent, the girls team welcomes a very strong freshmen class that includes swimmers Maya Quiroga, Kylie Gravell, Corinne Blachere, Jill Williams, and Olivia Kiniry. The boys are less relying on a few top swimmers and instead will utilize their depth in numerous events. This year, the Warriors have senior Lilia Atanda, a state champion, already showing greatness this season by breaking the team’s four dive record in the first meet. Junior Adrianna Caponiti may be a top competitor to be State Champ in the 200 and 500 Free. For the boys side, sophomore Justin Lasko, junior Brian Wilbur, and seniors Lucas Quiroga and Bryan Kim could together be among the top three in the  200 Medley Relay.

Just two weeks into the swim and dive season, a clear trend has been established with this year’s team: they are talented and willing to work hard. This is exactly what was seen at the team’s scrimmage against Blake on December 4. The Warriors got off to a fast start when senior Ethan Dodd dominated the dive competition with a first place finish and freshman Dorothy Young placing second. The freshmen had a big impact on the meet’s results with Gravell winning 50 Free, Williams winning the 100 Fly, and Blachere winning 100 Breast. Sophomores Claudia Parker and Lauren Chin added wins in the 100 Free and 100 Back. The young Warriors will be an integral part of this team’s success.  The boys had four swimmers finish in first place in individual events, including Lakso and Wilbur. The girls team kicked off with a 133-35 win, and the boys won 121-45.

The Warriors faced the 3A/2A/1A State Champions, the Damascus Hornets, on December 10 in a tough matchup. With wins from multiple girls, including Smith, Caponiti, Blachere, and Quiroga. Trailing behind, freshmen Young placed second and sophomore Liza Simpkins placed fourth for diving behind Atanda. On the boys’ side, Quiroga, Kim, and Wilbur all placed first in their events and a close win in the dive event by freshman Cam Porter. The Warriors swarmed the hornets nest with a win of 133-53 for the girls, and 117-69 for the boys.

“At this point, the boys have a real shot to win our Division and potentially the Region,” said Coach Ryan Burnsky. “We got some help from other teams’ graduating a lot of talent and we retained most of ours on the boys side. Poolesville and RM will be big meets for our Boys in our Division. Blair is our biggest challenge in the 4A North Region.” And as the division doesn’t have any clear powerhouse teams, the season is up for grabs for the girls leaving it up to the Warriors to determine if they have the speed to steal another regionals title. With more improvement throughout the season, the young girls team could surprise many people.