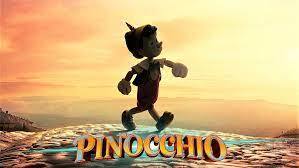 Guillermo Del Toro’s Pinocchio marks the latest in an impressive line of adaptations and reimaginings of the classic 19th century tale. In 2022 alone Del Toro had to compete with two other adaptations, one of which was a live-action remake of the critically acclaimed Disney’s Pinocchio from 1940. Due to the wide variety of adaptations, Del Toro and all working on this new retelling had to justify the film’s existence by exploring the themes and messaging present in the story in a creative way different from other retellings. Fortunately, this new adaptation passes with flying colors, delivering a wholly unique experience that offers new perspectives and ideas to the centuries old tale of the wooden boy.

In more popular adaptations of the story similar thematic wavelengths set by the original story are followed, telling a tale about the importance of responsibility in the journey to becoming an adult. In these tellings, the idea of becoming a real boy is a reward bestowed upon Pinocchio at the very end for his conquering of the obstacles he faced throughout his journeys. Conversely, Del Toro’s adaptation casts aside or wholly ignores these ideas to focus instead on the unspoken subtext buried within the traditional story, dragging it out front and center. Instead of assuming responsibility is a common ideal for every productive person to achieve, this adaptation chooses to ask the questions of what responsibility actually is, and what it means for a given person to themselves and their community. It achieves this by making the characters deeply flawed individuals and driven by selfish interests: Cricket to fame and stardom, Geppetto to the memory of his lost son, and Pinocchio to hot chocolate. This world is quite startlingly not a land of fairytales and happy endings, with the few magical creatures that do exist distinctly alien and beyond the human world. People die and (bar Pinocchio) stay dead, as well as WWII and Fascist Italy seeping its way into the narrative, a constant reminder of what misguided responsibility can manifest in the real world. By exposing what has over the century become a whimsical child’s tale (albeit with some horrific elements) to a world closer to ours, a striking critique on the realities and consequences of systems abusing the idea of responsibility, and what it truly means to be a human is unearthed.

Nevertheless, despite the grim circumstances and heavy themes, the emotional core of Pinocchio still shines through. The film had many chances to resign itself to nihilism, state that’s the way it is and leave its ideas unresolved, but instead it chooses to believe that people can change and evolve, to persevere against a hostile world and support one another in spite of it. Guillermo Del Toro’s Pinocchio is a beautiful film, a movie that treats its subject matter with emotional maturity and respect despite its “childish” source material, allowing it to stand out among the wealth of adaptations and create a truly profound experience to be remembered.