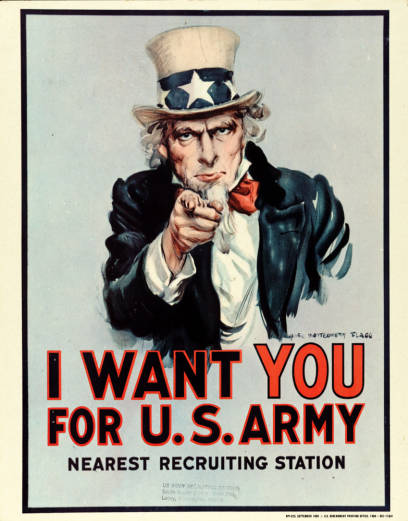 Across the nation, a growing number of young Americans are deciding against joining the service. Because of this, the military is currently confronting the worst recruiting environment since the end of the Vietnam War in the mid-1970s. Combined, all branches of the military have completed less than 85 percent of their recruitment goals and are dealing with a decline in membership as U.S. tensions rise against other global superpowers like Russia and China.

Although recruitment slows from time to time when the economy is doing well and other jobs are in abundance, this year’s decline is greater than ever seen before. According to Thomas Spoehr, director for the Center for National Defense for the Heritage Foundation, the Army is now the smallest it has been since 1939. A variety of factors play into this dramatic drop in recruitment, one of which is the growing competition from other employers. Companies such as Amazon and Starbucks offer new employees higher wages with enticing benefits that are able to rival those of the military and draw potential recruits away from serving.

Studies also have shown that graduating high schoolers are less familiar with the military than ever before. A survey conducted by the Army found that 75 percent of people between the age of 16 and 28 know “little to nothing” about the Army. NBC News reports that among those surveyed by the Pentagon in the same age group, only 13 percent of them have parents in the military, down from 40 percent in 1995. This decline in familiarity with military life has led potential recruits to be misled in their preconceptions of a career in the military. For example, an internal Defense survey found over half of the young Americans surveyed believed that they would have psychological or emotional problems after serving. In reality, the prevalence of mental health disorders in the military is only slightly higher if not the same as what would be seen in the civilian population, according to a study published in the National Library of Medicine.

To counter the alarming drop in new recruitments, the military is now adjusting its recruitment requirements and approaches. The Army, who has been most severely affected by the recruitment shortage, has increased their enlistment bonus to $50,000 and decreased their minimum serving time from four years to just two. They have also dialed back restrictions on tattoos and are considering removing their “zero tolerance” policy for applicants admitting to previous marijuana use. The Navy has stopped airing TV ads and is now turning to digital advertisements, specifically focusing on attracting the younger generation of gamers.

This lack of new recruits translates directly into a lack of manpower in the U.S. military. With fewer people willing to join, there are fewer to fill infantry units and operate the equipment that the government spends billions of dollars annually on. Today, a shortage in servicemen and women means the military is spread thin as more troops are temporarily stationed in allies’ countries in the East Pacific and NATO member countries in Europe. Tensions in these areas are rising after Russia invaded Ukraine and made threats against the West’s involvement and as China builds up its own military and performs training exercises closer and closer to Taiwan, which the US has sworn to protect. A smaller military could put the interests of both our country and those of our allies at risk.