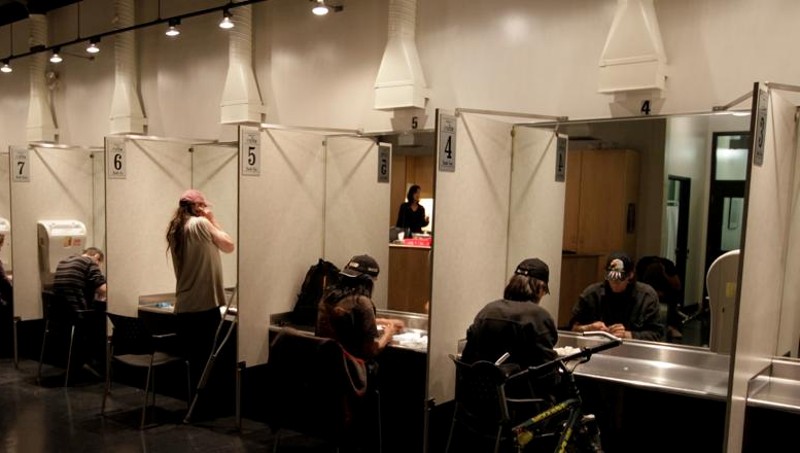 In recent years, doctors in Vancouver, British Columbia, have begun to take part in an unconventional and seemingly radical approach to deal with a national and global spike in opioid-related overdose deaths. Clinics have sprung up around Canada’s westernmost major city that provide supervised, controlled doses of fentanyl to opioid addicts in order to eliminate aspects of uncertainty and danger in their lives, including the often criminal ways of finding money and lack of consistent shelter.

Among these physicians is Christy Sutherland, who is an avid proponent of the “harm reduction” philosophy, which seeks to keep addicts alive by controlling and supervising their doses rather than simply trying to remove the drug from their lives. Sutherland’s approach surrounding addiction was formed by her time working with vulnerable populations, such as homeless people and prisoners.

“I think it was really my patients that changed me,” she said in an interview with The New York Times. “It took me a long time to realize how wrong all of those things were, and that we have medicalized recovery and pathologized drug use.” She began to question criminalization as a response to drug use, and the theory that addiction is the result of a mental illness. Instead, she sought to create a new method of dealing with addiction and reducing overdose deaths.

Vancouver opened North America’s first legal supervised injection site in 2003. At clinics like these, addicts can match the dosage they became used to on the street without the fear of it being more potent than they expected or it being laced with some other drug. The upside for these addicts is that the clinics eliminate the chaotic, dangerous nature of their lifestyles, as well as the constant fear of becoming “dopesick,” a violent and painful withdrawal condition with severe symptoms.

Ethically, these clinics have raised concerns. Many doctors believe that giving high doses of narcotic, dangerous drugs violates the Hippocratic Oath. However, opioid-related overdose deaths have steadily risen nearly every year since 1999, leading more health professionals and addiction experts to embrace solutions once seen as radical. According to the Centers for Disease Control and Prevention (CDC), 500,000 Americans died of an opioid-related overdose from 1999-2019, a recent spike occurring because of the introduction of synthetic fentanyl.

A publication in Canada’s National Library of Medicine by Sutherland, Jennifer Ng, and Michael Kolber found that supervised injection sites led to 88 fewer overdose mortalities per person-years (a measurement of individual risk of developing disease or dying), 67-percent fewer ambulance calls as the result of overdoses and a decrease in HIV infections. These effects were measured among people living in the vicinity of the supervised injection site.

One of Sutherland’s patients, Lisa James, recalled her years of stealing and reselling meat in order to pay for her drug addiction because of her fear of becoming dopesick, which she described as debilitating. “It’s just going to keep getting worse until you do something about it.”

After many failed attempts through the years to stop her addiction the traditional ways, she arrived at Sutherland’s clinic. “I used to dream of something like this,” said James in an interview with New York Times reporter Stephanie Nolen. “If they could just somehow give us what we need, most people would not go out and screw up their lives if they don’t need to.”