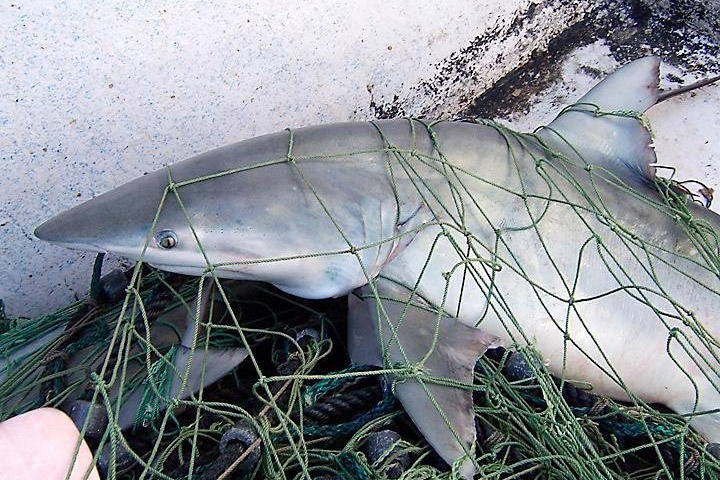 In 2019 a wave of sustainability took over social media. People advocated for metal straws, reusable tote bags, and increased recycling to combat plastic pollution in large bodies of water. All of these ideas in the moment seemed like good solutions to wide scale plastic pollution, but the notion that this would solve the plastic crisis is led by severe misinformation from the largest contributor to the global plastic crisis: the commercial and industrial fishing industries.

In 2019 the “save the sea turtles” movment rallied teens and social media influencers all over the world encouraging people to use less single use plastics. Despite the large scale movement to limit plastic use, its effectiveness is questionalble. Around the world only 1,000 sea turtles die every year from plastic, whereas in the U.S. alone 250,000 sea turtles are captured, injured, or killed every year by fishing.

Longlining and trawling are the two most common fishing practices. In longlining, a line of batted hooks is used to attract a certain species of marine life. In the U.S. the average long line is 28 miles long. Trawling is when a large net, ranging anywhere from 300 feet to seven miles long, is used to catch a large group of a certian type of fish and rsulting in devastating loss of marine life due to bycatch, which is the unwanted capture of fish and other marine creatures during commercial fishing for a different species.

In most cases animals caught as bycatch become injured, resulting in their death. On average fifty million sharks and 300,000 whales, dolphins and porpoises are killed each year as a result of bycatch.
Fishing gear also makes up for 46 percent of the Great Pacific Garbage Patch—a mass of plastic that is 620,000 square miles between the west coast of North America and Japan. Not only is the majority of the patch made up of fishing gear but plastic straws only make up for 0.03 percent of the patch.

A difficult part about regulating the commercial fishing industry is the fact that 3.1 billion people rely on fish for their daily protein intake, and that 60 million people are employed by the fishing industry. These numbers seem to display the importance of commercial fishing as the industry feeds billions of people; however, as technology advanced to allow for bigger fleets for trawling and longlining, the yield of fish per fleet has gone down significantly. In a study published in the National Library of Medicine, researchers studied fishing vessels in an area known as Dogger Bank in the North Sea—the body of water in between the U.K. and Denmark. The study found that in 1830 in this area the average fishing boat caught 1-2 tons of halibut a day, and now the average fishing vessel will only catch 1-2 tons of halibut per year. This is not only an example of ineffective fishing practices that catch more bycatch than their targeted yield, but this also illustrates the dangerous realities that overfishing has on animal populations

The ocean is astronomically important to life on earth. Holding more than 700,000 species and 80 percent of all life on earth, ocean health can not be ignored. Not only does the ocean absorb four times more carbon than the Amazon Rainforest, but it is also the world’s largest carbon sink. At this point the fishing industry poses the largest threat to the world’s oceans, and that can not go unnoticed.
At COP26 famous marine biologist Sylvia Earle called on world leaders to ban industrial fishing and said how how climate change can not be addressed without taking care of the ocean.

“We are equipped with the superpower of knowing,” explained Earle. “We are one species with an oversized impact, an oversized responsibility and I’d say an oversized opportunity to take what we now know and act.”