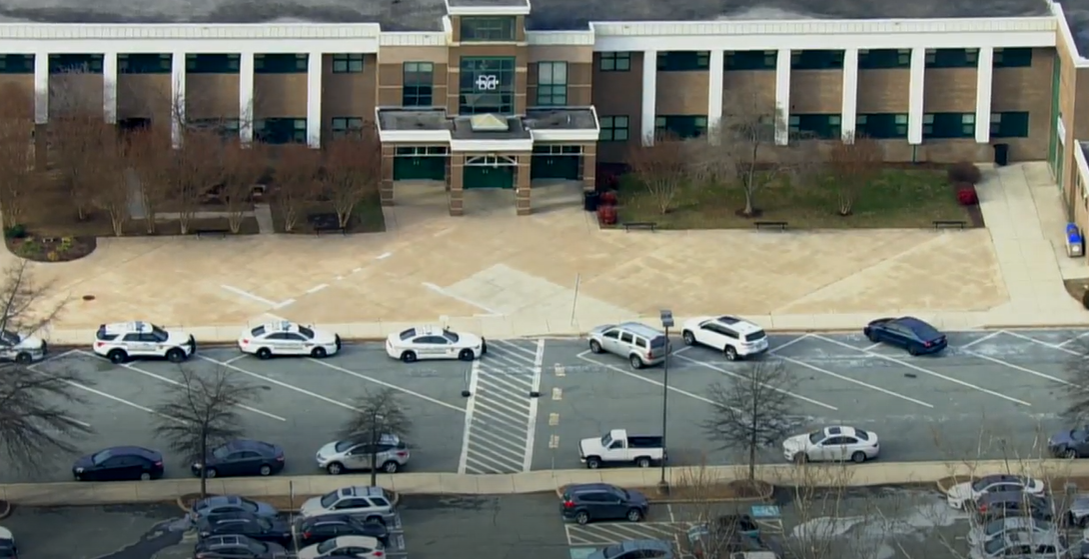 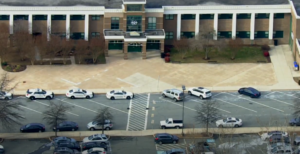 Magruder High School in lockdown after the shooting on January 21.

On December 14, 2012 a young man pulled into the parking lot of Sandy Hook Elementary School in Connecticut. He stepped out of his car and broke a window to enter the school, where he killed 20 first graders and kindergarteners as well as 6 staff members including the principal. Shortly after, the shooter took his own life. The tragedy at Sandy Hook came more than a decade after Columbine in 1999, which was the first modern mass school shooting and where 15 people died. Since 1970, 1,316 school shootings have happened across the United States, including an incident at Marjory Stoneman Douglas High School in 2018 that resulted in 17 deaths.

If these shootings continue to occur, there is an obvious problem, yet little has been done by legislators to decrease the likelihood of school shootings continuing to occur. The obvious solution is to dramatically reduce the number of guns, but that is not likely considering America’s current political climate. Still, there are realistic steps that can be taken to make schools safer.

For example, in a shooting that occurred last year at Oxford High School in Michigan, a student used a gun that his parents purchased for him. In a rare instance that should happen more often, the shooter’s irresponsible parents have been charged with involuntary manslaughter. Holding parents accountable for their poor supervision could make gun owners more responsible and decrease the number of school shootings by teen students who cannot legally purchase guns on their own. State laws could be changed to make it easier for prosecutors to charge parents or other adults with felony crimes if they allow teens to access firearms.

Another realistic and necessary measure to reduce the risk of school shootings is to outlaw so-called “ghost guns” such as the one that was used in the shooting at Magruder High School this past January. A ghost gun is an unregistered firearm that is sold without the ability to trace it. The Maryland House passed a bill to ban ghost guns, but the legislation is stalling in the Maryland Senate. Pro-Second Amendment groups have pushed back against the proposed law: “We hate the euphemism of ‘ghost guns’… When lawmakers talk about banning ‘ghost guns,’ you are criminalizing a normal behavior and a hobby industry based on the illegal activities of a small percentage of the population,” stated the Maryland Rifle Association. Even if the bill is eventually signed into law in Maryland, other states need to take similar action so that ghost guns are not smuggled across state lines.

At the federal level, Congress continues to drag its feet to pass gun-reform legislation even when it is supported by a large majority of Americans. The House last year passed the Bipartisan Background Checks Act of 2021 that aimed to expand background checks for those who want to purchase a gun, but Republicans in the Senate have blocked the bill from proceeding. Inexplicably, very little has been done legislatively or in the courts to reduce the risk of school shootings. It remains just as dangerous for students in high schools across the United States as it did in 1999, 2012, or 2018.

Despite the deadly problem of guns getting into schools, life goes on for students. We go to school everyday while elected officials at the state and federal levels do little to nothing to keep us safe. The shootings at Columbine, Sandy Hook, Marjory Stoneman Douglas, and Oxford, to name a few, should not be forgotten. The crying parents, wailing sirens, blood-stained hallways, ambulances, and stretchers show us why something needs to be done. It’s time to reduce access to guns to make schools safer.