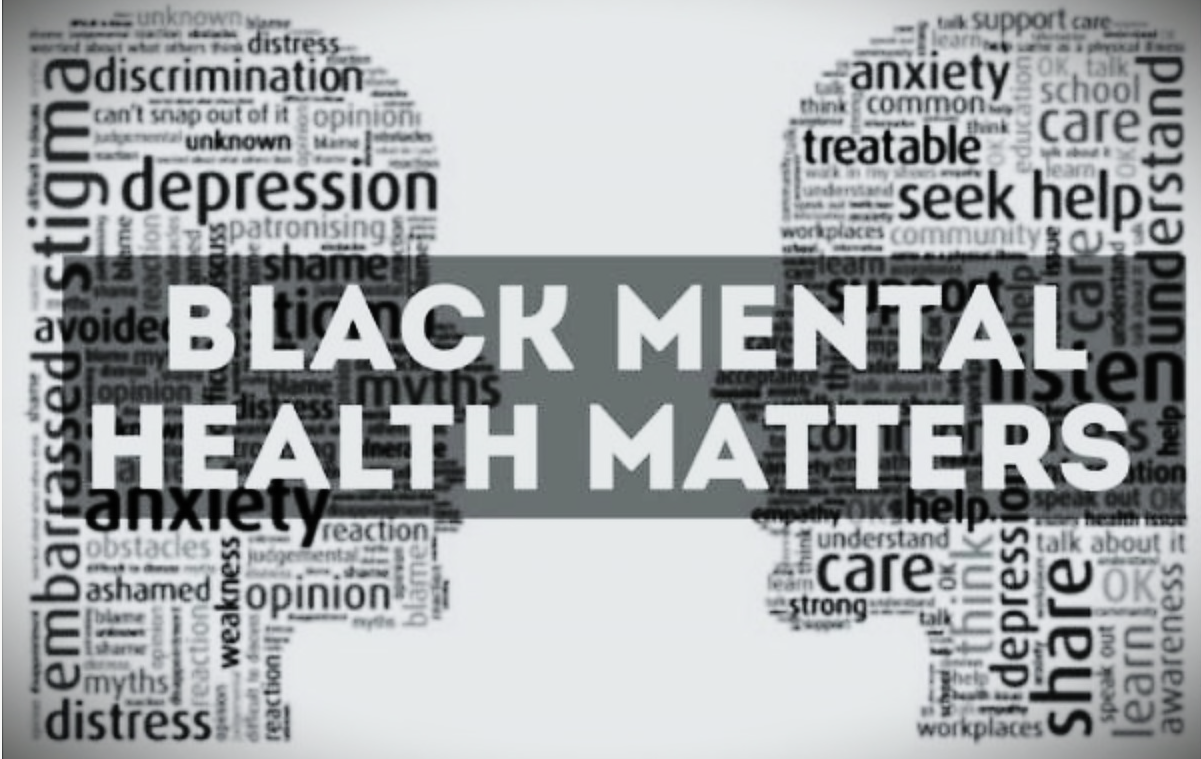 The theme for Black History Month 2022 is black health and wellness. This comes at a time when it is important to recognize mental health causes and effects in black people. Black American adults are 20 percent more likely to report serious psychological distress than white adults, according to Ruth White, an associate clinical professor of the University of Southern California. However, only one in three black Americans in distress will ever receive the appropriate treatment necessary for their mental illness.

Due to confronting daily racism and events taking place surrounding the Black Lives Movement, along with the historical legacies such as slavery and the Civil Rights Era/Jim Crow Era, black people face a uniquely difficult challenge to mental health. For centuries, black people have gone through generational trauma, and the effects of it often have gone unrecognized. Overall daily racism, inequity, and discrimination that one deals with also causes long-term harm to a person’s mental wellbeing, as they can lead to more stress and self-loathing.

Based on these events and day-to-day experiences, the black race has been labeled resilient. Though true and often meant to have a positive connotation, this word also has caused a lot of harm. Despite their challenges, black people often feel like they have to move on quickly from hardships and do not think it is appropriate to speak out about problems they may face.

The stigma around mental illness and receiving help only adds to the generational illnesses that black people continue to struggle with. Having a mental illness or taking care of oneself mentally is often seen as a weakness. According to a study conducted by the National Alliance on Mental Illness in the black community, “63 percent of Black people believe that a mental health condition is a sign of personal weakness.”

When the phrase “what goes on in this house stays in this house,” is continuously heard in the homes of black Americans, people are often led to believe that it is inappropriate to speak to even a doctor about their struggles. There are also phrases used to portray black people that they often try to uphold. Whether it be maintaining the persona of a masculine black man, a strong black woman, or dealing with any type of racism toward the black community, the mental health of black Americans is an aspect of life often overlooked. With phrases like these to depict what should happen outside of a black household and what a black person should be, people are led to think that they can not tell anyone about their hardships; thus, they deal with them in silence, only making their mental health worse.

Suffering in silence often causes built-up frustration and anger in people which causes different types of harmful behavior for the person struggling with a mental illness, and sometimes others around them. The struggles that the black race has when opening up about mental health battles can lead to negative stereotypes of black people, such as the “angry black woman/man” trope. This causes a cycle of horrible treatment towards black people and leads to more mental health issues and deconstructive ways to deal with mental health.

Much of this stigma comes from the lack of mental health services dedicated to helping black people. Based on a 2018 American Psychological Association’s Center for Workforce Studies report, only 4 percent of therapists are African American, even though black people make up 14 percent of the American population. With less knowledge of mental health and illness in the black community, there is less trust in these systems. This is why organizations such as the Black Mental Health Alliance, podcasts like “Therapy for Black Girls,” and overall mental health professionals are necessary. These groups and individuals have created safe and inviting spaces for black people to explore, better understand, and take care of their own mental health, as well as to help others around them.

History and generational trauma will never be erased. However, the way black people are treated in society today can change. In order for the mental health of black people to be more widely recognized and cared for, a huge advancement in the thinking from past generations must take place.