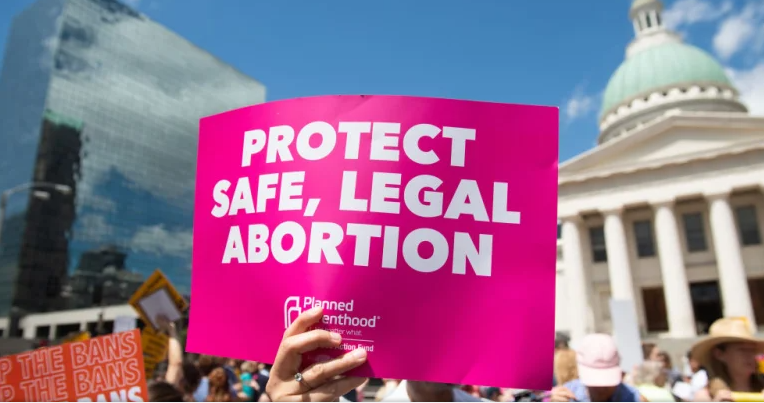 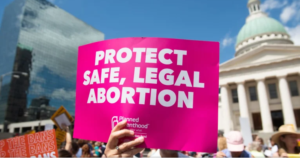 On December 1, the Supreme Court began hearing arguments for Dobbs v. Jackson Women’s Health Organization, a Mississippi case that could determine the future of abortion in this country. The case directly challenges Roe v. Wade, the 1973 Supreme Court case that protects the right to choose whether or not to have an abortion under the Fourteenth Amendment’s due process clause. Roe v. Wade has been contested but had enough Supreme Court support to be upheld. Now however, with a 6-3 conservative majority in the court, Roe v. Wade and the future of reproductive rights in this country are being threatened.

Abortion is a deeply divisive issue between anti-abortion and pro-choice activists. Many don’t fully understand what it means to be pro-choice and prefer to stay disengaged from the issue, but this is not an issue that you can be disengaged from. What must be understood about being pro-choice is that it goes beyond supporting a reproductive procedure. It represents a larger issue of inequality between those who can become pregnant and those who cannot. When a government restricts a child bearing person’s ability to make choices about their own body, it puts that person’s future at a disadvantage.

As identified in the original decision of Roe v. Wade, pregnancy takes a toll on the physical and emotional wellbeing of a child bearing person. The decision also acknowledges that raising a child may result in a “distressful life and future” for the parent. For those who have support and are ready to become a parent, this is a choice they are willing to make, but for those who aren’t, abortion should be an option. Limiting or completely banning this option shows how little the country values their child bearing citizens.

Every person who chooses to have an abortion has their own reason for doing so. Those who earn low incomes have difficulty managing the financial burdens of raising a child. People who work jobs that require them to be on their feet all day, as most service related jobs do, have difficulty meeting the physical demands of the job while pregnant. Minors, who aren’t even old enough to vote, are forced to prioritize carrying and raising a child over their studies and social lives. For those in abusive relationships, it is more difficult to leave once they become pregnant. This can lead to a cycle of abuse for the child. Transgender men and nonbinary people risk violence or abuse by outing themselves with a pregnancy. While these vulnerable populations must be advocated for, everyone has a unique situation that must be respected and validates their right to choose.

Restricting abortions and passing judgement on those who choose to have them, does nothing to stop them. Before Roe v. Wade, abortions were dangerous and illegal. They were either conducted by doctors who had no accountability since they weren’t legally allowed to be performing abortions in the first place or self-attempted, resulting in serious injuries or even death. Abortions don’t go away when they’re made illegal, they simply become unsafe.