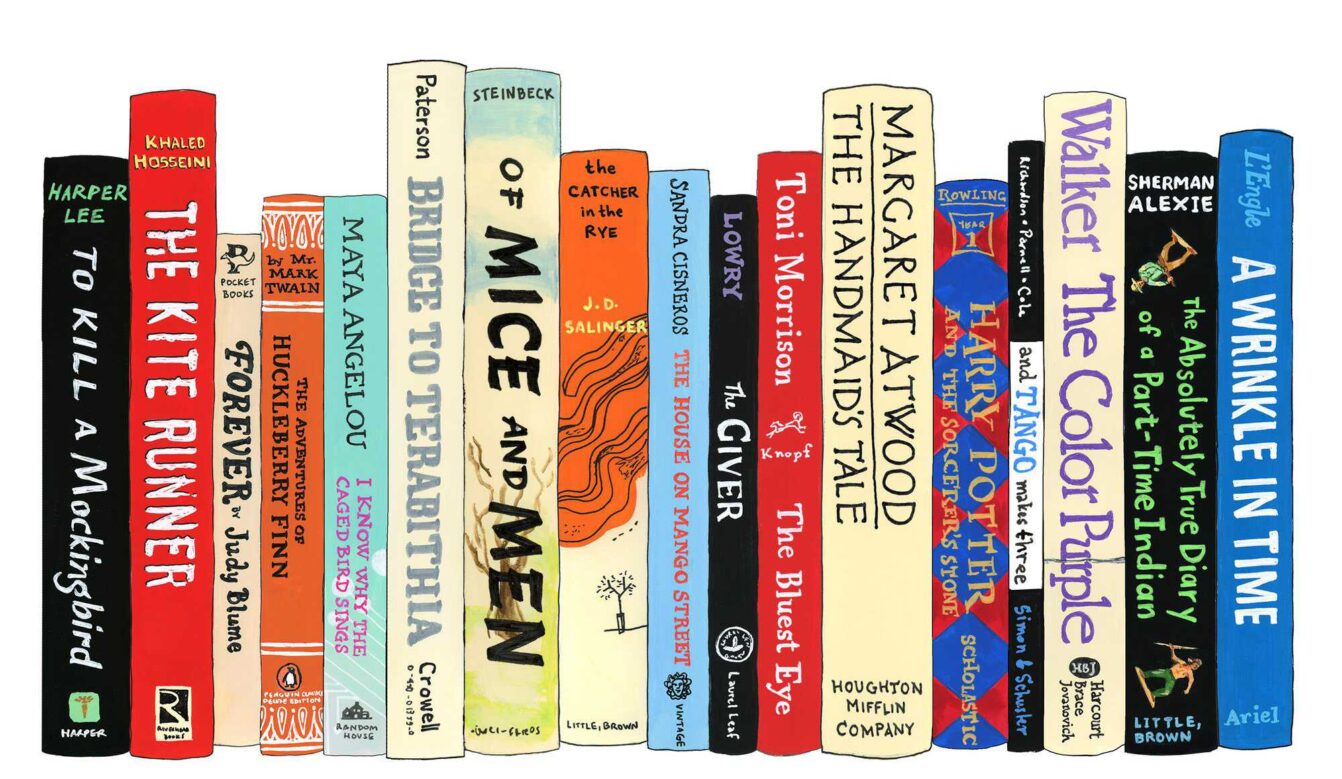 Many students can attest that fictional books helped them as children and young adults learn things about themselves and their world that they never had the personal experience to understand on their own. However, efforts to censor what students may access and read has intensified in recent months. Across the country, parents and even some school board members have voiced their opinions that books that show or discuss human sexuality, black liberation and anything that is broadly viewed as having “progressive” messages should not be allowed in school libraries and curriculums. Along with activist parents demanding the censorship of materials, state legislators and even governors in conservative states are taking measures to make sure the books that are accessible to children are what they deem as ‘appropriate’.

Although banning books is unethical, courts have ruled that officials should take their communities’ standards into consideration to decide whether books are ‘too obscene.’ In 1975 Island Trees Union Free School District fought to ban 11 books for being “anti-American, anti-Christian, anti-Semitic and just plain filthy,” and the resulting controversy gained enough traction that pushed the case all the way to the Supreme Court. In Board of Education, Island Trees Union Free School District v. Pico (1982), the Supreme Court ruled 5-4 that public schools can bar books that are ‘pervasively vulgar’ or otherwise not appropriate for the curriculum, but they cannot remove books just because they are disliked.

Last November, the Spotsylvania County School Board in Virginia made national news when it voted 6-0 to remove books deemed inappropriate, and two of the members controversially called for burning books. The action came after a complaint from the parents of just one student. A student who identified as part of the LGBQT+ community spoke at a school board meeting and argued that “[They] use books to see, to connect to people like [them], to see other viewpoints, to teach [them] how to feel about others, to teach us how to see others’ points of view. But, you are trying to take that away.”

Increasingly, conservatives are not only attacking books for their supposed “vulgarity” but because of political and cultural differences. The national organization Moms For Liberty (MFL), with local chapters in more than 30 states, states that its mission is to fight for the rights of parents and protect children. The group’s far-right efforts include banning books. In Williamson County, Tennessee, MFL filed an 11-page complaint with the state about the books being taught to second grade students. The books that MFL wants removed include Martin Luther King JR and the March on Washington and Ruby Bridges Goes to School: My True Story that the group claims would make children “hate their country, each other and/or themselves.” Such books about racial justice and equality “imply to second grade children that people of color continue to be oppressed by oppressive angry, vicious, scary, mean, loud, violent, rude, and hateful white population,” according to MFL’s complaint.

It is not only far-right activist groups that have tried to ban books from schools. A member of the Texas state legislature and Texas governor Greg Abbott have competed with each other to identify hundreds of books to remove from school curriculum and shelves. In a letter to multiple school districts across Texas, Republican Matt Krause of the Texas House of Representative claims that his goal is to remove books that could, “make students feel discomfort, guilt, anguish, or any other form of psychological distress,” and focuses on removing books that he states follow “leftist ideologies” including LGBTQ+ stories, abortion and critical race theory by investigating what is accessible to these children in their libraries.

Klause’s move led a large school district in the San Antonio area to investigate 414 books deemed ‘inappropriate’ and contemplated pulling these books from libraries. As parents and students voiced their concerns and outrage, North East ISD’s Superintendent, Sean Maika, stated that the school district would not be banning books and that the review was not politically motivated.

Amanda Jennings, a senior at Reagan High School in the district, found Maika’s claim improbable. “Although you may say this is not a politically driven act, it is. This letter was written by a politician. The books were chosen and listed by a politician,” she said at a December board meeting, as reported by The San Antonio Report. “It is clear that the explicit content reasoning for pulling these books is a scapegoat to cover the discrimination occurring. Kids need to feel represented by the books that their schools provide, and those who don’t know about minority groups should have access to these books to learn.”