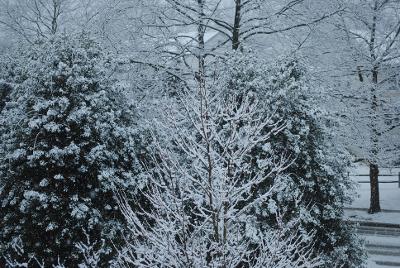 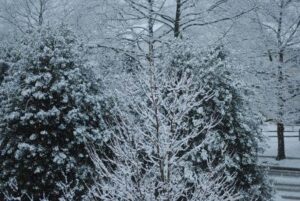 When people think of climate change, they might think of warmer temperatures, increasing droughts, and rising sea levels. Although global warming is a prominent result, so is the severity and unpredictability of extreme weather. Even as global temperatures continue to rise, the Mid-Atlantic states that include Maryland will still experience brutal winter weather.

Many living in the area expect at least a couple snow storms or school cancellations each winter. Some years seem like a hit-or-miss, only snowing a couple times and melting immediately, while others bring massive storms with loads of heavy snow and ice covering neighborhoods.

In recent decades, human-caused climate change has increasingly raised global temperatures, which in fact contributes to frigid and stormy winters along the Eastern seaboard.
Although it may seem counterintuitive, snow storms are in fact more likely to happen now, but why? The reason for this is because increasingly warmer ocean temperatures are influencing the Jet Streams, powerful air currents separating hot and cold air.

It is also possible that the melting glaciers in the Arctic from warmer ocean temperatures are weakening the Jet Stream allowing it to carry cold air further South. These temperatures additionally cause the Polar Vortex, a cold rotating region of air lying above the Arctic, to become unstable, which in turn influences the Jet Stream’s path.

Additionally, another reason for winter snow is that warmer global temperatures have caused more water to evaporate into the atmosphere. With the added moisture, more precipitation in the form of a heavy snowfall or wintry mix is likely if the air is cold due to the weakened Jet Stream.

A prime instance of this new and alarming weather trend was shown during the storms that hit Texas back in February of 2021. Several inches of snow and ice left millions without power and millions of dollars in damage. Texas is not historically frigid and snowy, but nevertheless managed to endure so much damage. The people of Texas–and the state’s electrical grid–were not as prepared since they are typically used to milder temperatures.

More locally in Maryland, as early as the first week of 2022, the area witnessed its first major snow storm since last year. Considering MCPS extended winter break due to the wintry weather and harsh road conditions, the days off clearly indicates that this cold and wintry weather isn’t going away anytime soon.

For snow-lovers, this winter is looking rather bright so far. Still, it must be considered that it is never impossible for the forecasted snowfall to shatter the projected amount, or even fall short of the average.