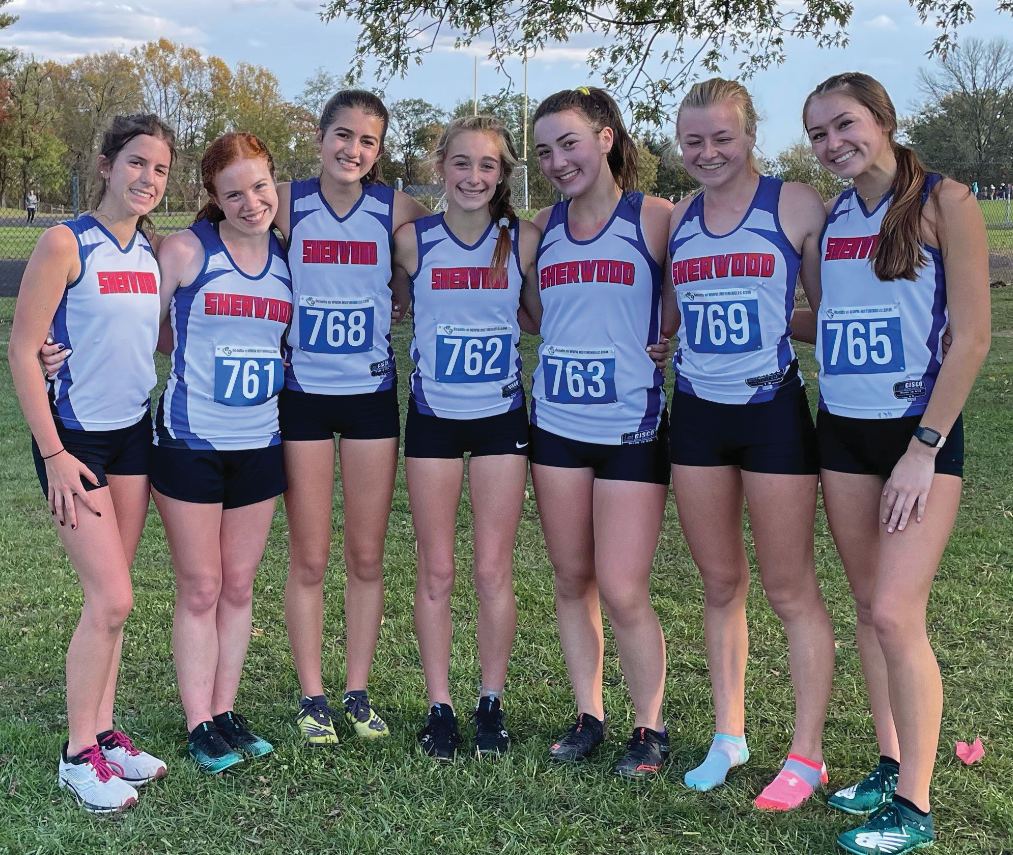 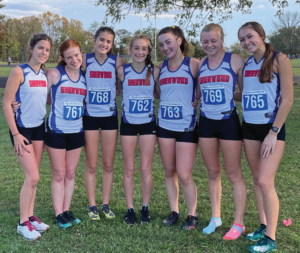 Cross country nears the end of its season, qualifying for State Championships as the final race of the year. The last half of the season has been crucial for the team’s growth and improvement, with two weeks of conditioning after Gunpowder Invitationals on October 16 to prepare for County Championships on November 1. Continuing to demonstrate the same perseverance that has carried them the past two months, Sherwood has done exceedingly well in all of its most recent meets.

Cross country entered its varsity season with an outstanding performance at the County Championships. The girls team placed sixth out of 19 teams in the meet, with freshman runner Avery Graham winning fourth place in her race. Although the boys team placed eleventh, nearly every runner scored a seasonal best, dropping their times from around 10 seconds to an entire minute. “I think it went really well, there were a lot of [personal records] … I think a lot of people worked really well together,” stated senior Allie Burdette, captain of the girls cross country team.

Only three days later, with minimal time to rest, Sherwood entered into the Regional Championships on November 4. Only the top seven runners for both the boys and girls teams advanced, a permanent lineup that will be used in State Championships. For the first time all season, the top seven boy runners all finished under 19:00, a crucial improvement for ensuring that the entire team finishes as a pack to take higher placements.

Six of the seven girl runners achieved seasonal bests during their race, with Graham leading the pack once more and finishing second place. As a result of such high rankings, the girls also took second place out of the 13 teams at the meet. The boys did not score as high, but still managed to take fifth place overall, giving them a solid placement among the six teams moving on to states. “I am really impressed with what I saw at regionals…a lot of people were outkicked,” stated senior Noam Tuchman, captain of the boys cross country team.

After demonstrating its peak skill at regionals Sherwood has ample time to recuperate before the state meet, which will convene on November 13. Unlike both the regional and county races, however, it is unlikely that Sherwood will achieve any personal records on the state course at Hereford High School, a course known for the unforgiving dip between its two most massive hills. “Hereford High School is considered to be one of the five hardest state meet courses in the U.S … In 1981, the leader of a girls’ race passed out near the top of the hill at the end of the dip,” recalled coach Daniel Reeks.

The challenging nature of the course does not mean that Sherwood cannot score well, as the team has demonstrated an immense capability to take on adversity. “Whether you can run through a cold or pain, is what separates the boys from the men” explained Tuchman. From the 12 meets the cross country team has partaken in this year, each runner has honed in the ability to tackle various running conditions and terrain, an ability that will lead to an intriguing race at the State Championships and hopefully a strong performance for both the boys and girls teams.