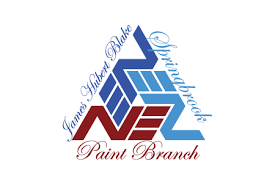 Last month as Sherwood found itself in the middle of controversy and being labeled a “racist school” by some on social media, students in Montgomery County began re-posting the Instagram account called “mococonnects” that posted an informational graphic in April that claimed, “the history of the Northeast Consortium in MCPS has been rooted in racism, segregation, and systemic inequality.” The infographic specifically calls out Sherwood for the school’s refusal in joining the consortium and states, “We see one fact that cannot be disputed. Had Sherwood HS been a part of the Northeast Consortium, our high schools would be abundantly more diverse.”

The “mococonnects” post is not the first time that Sherwood’s decision to not join the Northeast Consortium has been revisited. A 2013 four-part article from the ‘Just Up the Pike’ blog by local writer and urban planner, Dan Reed, asserted that the Sherwood community resisted joining the Northeast Consortium that consists of Blake, Paint Branch, and Springbrook, because some in the community did not want the percentage of minority students to increase at Sherwood.

“Sherwood never made it into the consortium, due to parent complaints about the uncertainty of a new school and long bus rides,” Reed wrote in Part 2 of his 2013 blog series. “But there were unspoken concerns about mixing students from Sherwood, which was predominantly-white and affluent, with Springbrook and Paint Branch, which were poorer and majority-minority.”

The Northeast Consortium was created in the 1990s, at the same time Blake was constructed and opening, to give students in the area more of a say to where they wanted to attend school and to make the schools more diverse. Each school in the consortium offered a unique specialty. Blake is the art school, Paint Branch is science, and Springbrook is technology. Considering how close in proximity Sherwood is to all three of these schools (the closest being Blake only 4 miles away and the farthest being Sprinkbrook at 8.3 miles away), MCPS decided that Sherwood should be included in the consortium.

Some Sherwood parents were upset that there would be changes to school boundaries and a number of students from the Farquhar Middle School cluster would go to Blake instead of Sherwood. The other broader controversy is that a vocal group of Sherwood parent activists at that time said that some local students wouldn’t get Sherwood as their first choice and instead would be bussed to one of the other schools. Many parents in the Olney area said that they decided to move to Olney specifically so their children would be able to attend Sherwood and the consortium system put the assurance of that in jeopardy. Some, including figures in MCPS and at the Board of Education, believed that some in the Sherwood community feared that their own children would have to go to another consortium school with a large minority student population and/or that the student demographics at Sherwood would change to have a greater percentage of minority students. After years of contentious debate, Sherwood did not join the Northeast Consortium

Ironically, in the time since Sherwood decided not to join the consortium, it’s demographics have changed to have a significantly more diverse student population. During that time period only 22% of Sherwood students were black or Hispanic according to Blair High School’s newspaper, “Silver Chips Online”. Today, this percentage has increased to about 34.2% of the population is black or Hispanic.