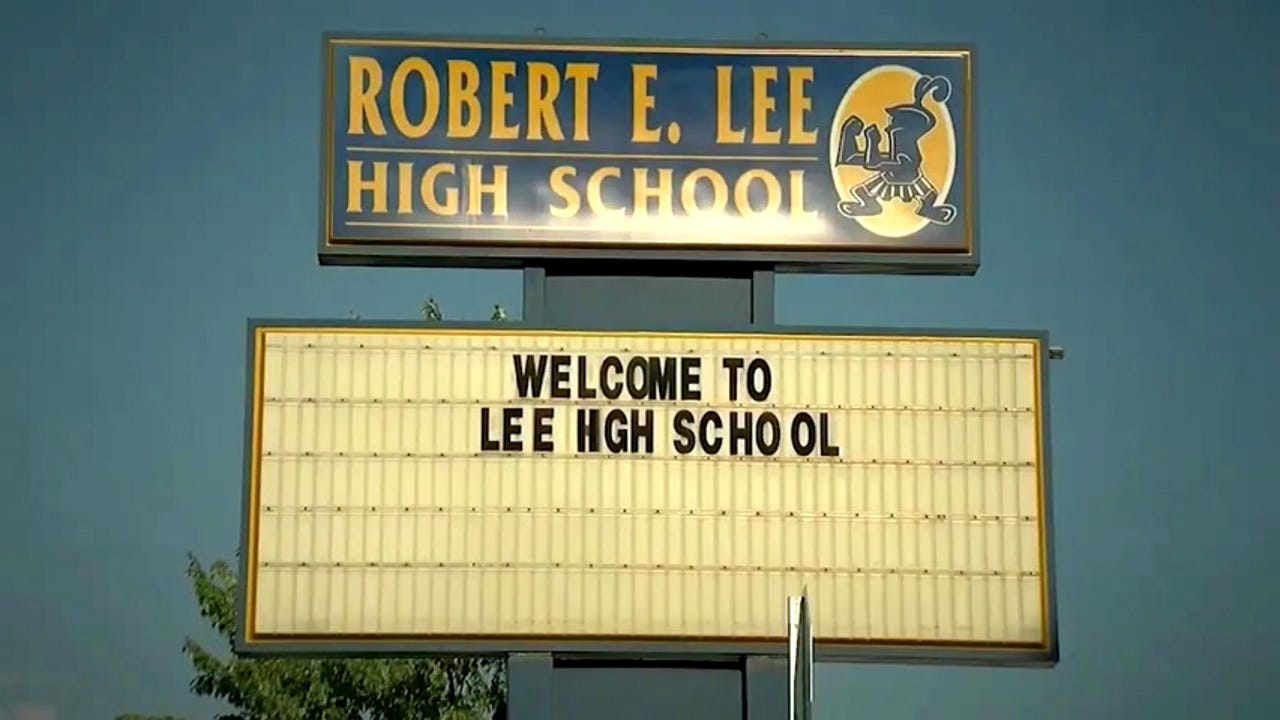 In the United States there are 175 public schools named after Confederate leaders, soldiers, and supporters. Most of the Confederate-named schools are concentrated in seven states—Alabama, Georgia, Florida, Louisiana, North Carolina, Texas, and Virginia. In Alabama and South Carolina, laws have been made to restrict the renaming of public schools named for Confederate leaders. The push to rename schools has been prevalent even before the Black Lives Matter movement in May 2020. In Jacksonville, Florida a push to rename Robert E. Lee High School has garnered national attention causing a debate about the historical significance of schools being named after Confederate leaders. Many believe that changing the name of these schools will not change anything, however many African American students have said that going to schools commemorating Confederate leaders is uncomfortable.

The continued glorification of Confederate leaders should have been nipped in the bud years ago. The naming of school after Confederate leaders correlates to southern resistance to reconstruction after the Civil War, and integration after Brown v. Board of Education. Why are people so attached to these school names? Why not rename these schools to commemorate abolitionists like William Lloyd Garrison, Sojourner Truth or Ida B. Wells?