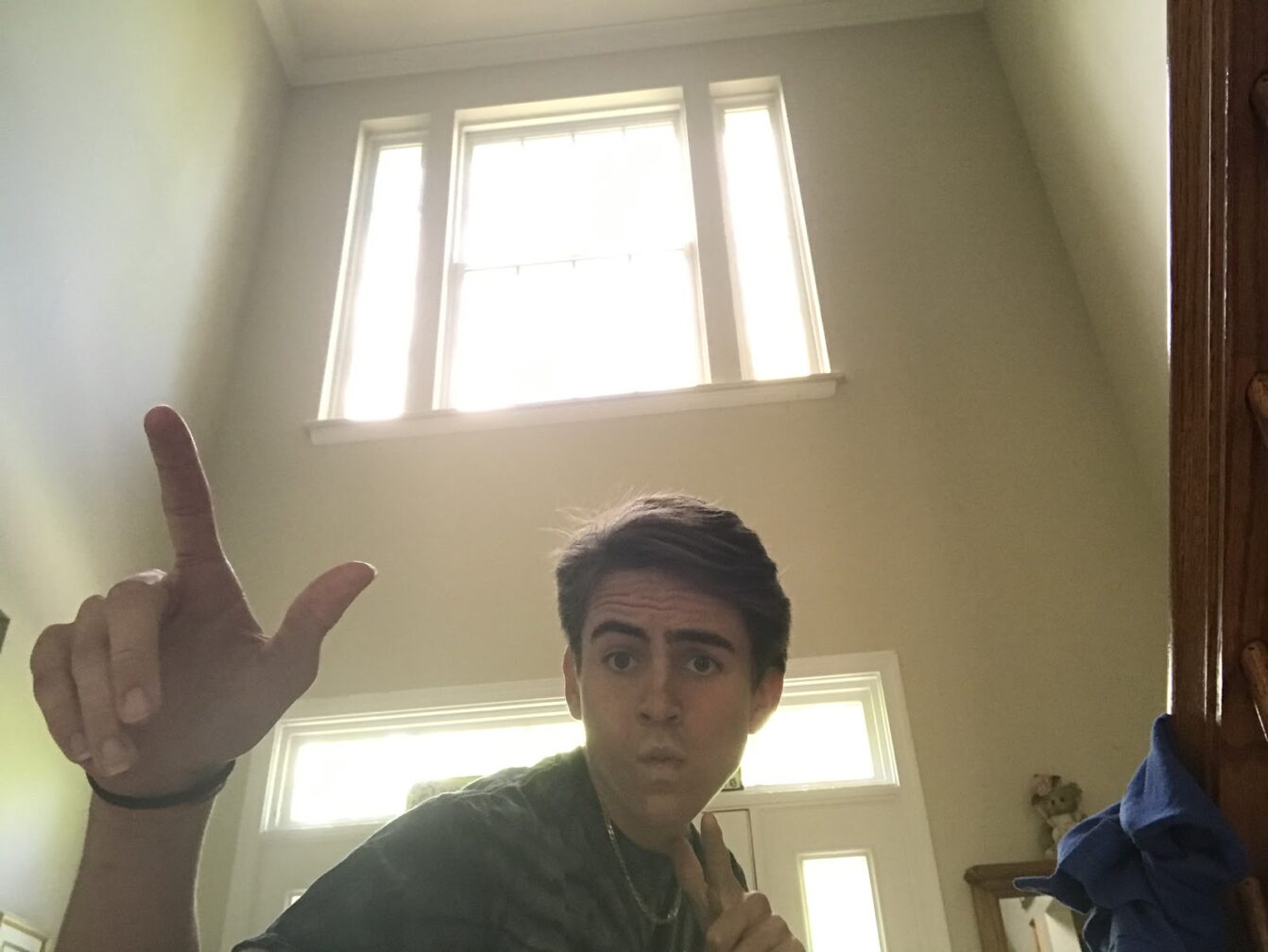 I was just a little freshman, entering a school ruled by my family. My dad worked at Sherwood for four years as a social studies teacher, and both my older sisters attended and graduated from Sherwood before going to college at the University of Maryland and Towson University, respectively. Thus, my name immediately triggered the mentioning of my all-star student sisters and my energetic father, besides the few new or unfamiliar teachers who spared me from the constant, “Oh you’re a Yates?!” followed by “Your sister was an amazing student,” or “Your dad was the best teacher!”

It wasn’t the attention or the constant praising of my family that I dreaded, but rather the awkward silence that followed. Both the teacher and I understood that their expectations had been raised a few levels because of my siblings, and they did not want to be disappointed. Not to say that the added pressure made it impossible to do well or put effort into school, but it definitely weighed on my shoulders during my first few years of high school.

Following in my sister’s footsteps, I was also playing soccer and running indoor and outdoor track. I managed to play soccer in the fall of my freshman year, but my hamstring injury suffered the previous year prevented me from running indoor track. I managed to run outdoor track, and I definitely enjoyed it, but at some point between the hamstring cramps and the asthma attacks, I realized the only reason I was still playing these sports was because I did not want to disappoint my family and friends. I had played soccer and ran long distance my entire life, and to quit in my first or second year of high school would put a very unsatisfactory ending to my athletic career. I was okay with this truth, but I doubted my parents or friends would understand. My constant sneezing, wheezing, and injuries were enough to convince my parents to let me stop running track, although we decided that I should stick with soccer a little longer.

I played soccer until my junior year, I enjoyed some parts, but I often wished I had quit after freshman or sophomore year. Although I no longer participated in track, I still ran almost every day, the only difference was that I listened to my body more and through caution and rest days, I was more easily able to avoid injury. I chose not to play soccer my senior year. The strange shortened spring season, along with my personal reasons, were more than enough for me to sit out, and even persuade my parents as well.

Instead, I’m playing tennis this spring. No member of my family has ever played tennis before. It’s exciting and liberating to participate in an activity which is completely my own, and no one close to me has any ties to. I find it strange but rewarding putting in all my effort and athletic ability into a sport which I had never even considered playing before. My coach and teammates often ask me why I haven’t played since freshman year. I have asked myself the same question, as tennis is very fun. But instead of regretting not starting sooner, I am grateful that I had the idea and the courage to sign up and play in my senior year.

Over the course of my years at Sherwood, the combination of new teachers and different classes has definitely lowered the recognition and raised expectations that usually come with my last name. Branching out into my own activities and interests has not only brought me new experiences and lessons, but it has also allowed me to appreciate the recognition my name receives instead of dreading it like I used to. My sisters and I may have attended the same school, participated in the same sports, and been on the same Newspaper staff. However, each of us have our own interests, and I am proud of the path I’ve taken, both in and out of my sister’s footsteps, to get to where I am today.