The seniors on the All-Senior Team were selected by fellow seniors on The Warrior newspaper staff. The main criteria were athletes’ contributions to one or more of Sherwood’s sports teams; athletes’ individual states, titles, and other honors; the overall success of the teams in the regular seasons and playoffs; and athletes’ plans to continue playing a sport at the collegiate level. 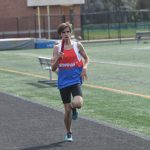 Jack is a four-year member of the cross country team at Sherwood. Jack was awarded 3 time All Region, 2 time All County, and 2 time All State honors. 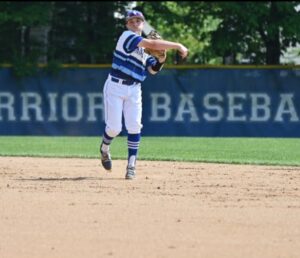 Jake is a four-year varsity player who is committed to Towson University to play Division 1 baseball. He won Moco Freshman of the Year award and was also placed on the all district team his freshman and sophomore years.

Favorite memory: Beating Dulaney in the regional finals sophomore year because of not only the atmosphere of the game, but the importance that it had.

Stephen is a three-year varsity basketball player for Sherwood. He is committed to play at Washington College in Chestertown, MD, this upcoming season and also was awarded the sportsmanship award as a sophomore. 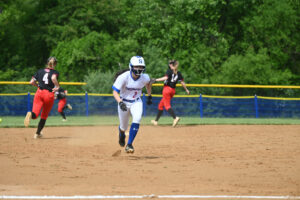 Ashley is a four-year varsity field hockey player who is committed to play Division 1 field hockey at Shippensburg University in Pennsylvania. Throughout her career, Ashley has won several awards including most valuable player for Sherwood in 2018 and 2019, first team all division from 2017-2019, and was an honorable mention for the 2019 Washington Post All-Met field hockey team. She also led the team in scoring her freshman and sophomore years on top of being captain her senior year.

Favorite memory: Dumping the cooler filled with ice on Lauren Delisi’s head after practice and also post game wins when we would pile in all the cars and go get food. 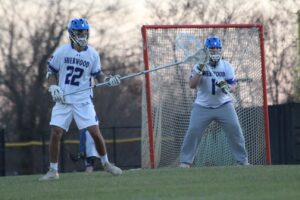 Favorite Memory: Beating Northwest my Freshman year in the Hockey State Championship. It was the biggest crowd I’ve seen at a hockey game and it was fun being able to play in front of everyone and win it all. 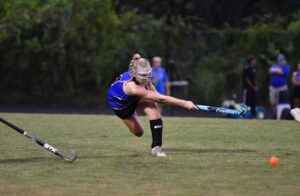 Tess is a four-year varsity athlete for both softball and field hockey, along with being named captain senior year for softball. She won the sportsmanship award in 2018 for softball and helped the team win the 2019 softball state championship.

Favorite memory: Sherwood sports and playing them has given me the chance to meet some of the best people and greatest memories that will always remain with me.

Sammy is a four-year girls varsity soccer player at Sherwood. She is committed to play in college at the University of Mount Union in Ohio and has been a key contributor for Sherwood the last four seasons.

Favorite Memory: Being in the starting lineup freshman year for playoffs. 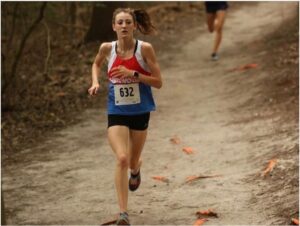 Emily is a four-year member of the cross country team. She won the most dedicated award her junior year and was girls team captain both junior and senior year. She was also nominated for the 2018 All-RunWashington Preseason Team. She plans on participating in the club running team at the University of Maryland.

Favorite memory: Traveling to the Great American XC Festival in North Carolina as a team. 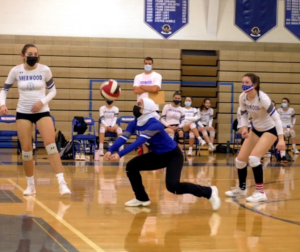 Favorite Memory: My favorite memories at Sherwood were competing in the high jump for Track, and getting ready in the locker room at the University of Maryland for Volleyball state semifinals.

Kyndall is a three-year varsity softball player, and is the team’s starting pitcher. She is committed to continue her softball career at Coppin State University. 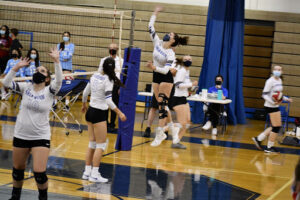 Lexi is a four-year varsity athlete who was a captain for volleyball on both JV and varsity. She won the sportsmanship and MVP award, and is also a captain as a senior on lacrosse as well.

Favorite memory: Making the all county and all division team for lacrosse sophomore year. Not only were my teammates so supportive, but I felt like I really belonged on the team.

Brendan is a catcher for the varsity baseball team at Sherwood and is committed to play at California University of Pennsylvania. He played for four years and was selected as a captain his senior year.

Favorite memory: Seeing how well everyone came together after our season got cancelled. Despite having a great team the year before, everyone came back with positive and competitive mindsets and were ready to play. It’s been fun being back with my teammates.

Denver is a two-year varsity softball and basketball player at Sherwood. She plays both as a catcher and an outfielder on the softball team, and is committed to continue playing softball at Millersville University. 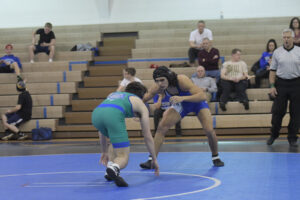 Tyler is a four-year player for Sherwood’s rugby and football teams, as well as being a three-year wrestler.

Favorite Memory:  Being able to play with friends and getting to meet people who he’ll be in contact with for years to come. Also being able to experience the best part of sports, becoming brothers with your teammates.

Michelle is a four-year girls varsity tennis player at Sherwood. She led the team to winning the division in 2019 and currently plays #1 singles. She also plans on playing on the club team next year at the University of Maryland.

Charlie is a four-year varsity lacrosse athlete. He scored a combined 100 points in his first two seasons, including being selected to the first team all division and second team all county his sophomore year. He also participated in one season of both swimming and football.

Favorite Memory: The pregame meals we would have before games during the lacrosse season with teammates and also getting ready in locker rooms with everyone beforehand.

Olivia is a four-year starter on the varsity soccer team, and served as a co-captain her senior year. She also ran on varsity track for three years, and holds the Sherwood school record for 800 meters, as well as being the Montgomery County individual champion for that category. She plans on playing club soccer at the University of Delaware next year. 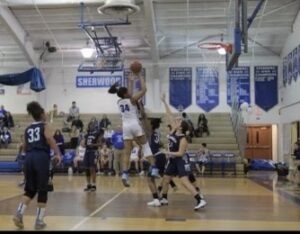 Alexis is a four-year varsity member of the girls basketball team. In her junior year, she received an all-division first team selection along with winning the division title and reaching the regional championship. She was named a co-captain her senior year and plans to play club basketball at the University of Maryland next year.

Favorite memory: Hitting the game-winning shot against Clarksburg in 2020 as well as being able to get the opportunity to play with her sister on the team.

Michael is a four-year varsity diver at Sherwood. He was the Runner Up at States his freshman and sophomore year, eventually winning both States and Metros his junior year in 2019. In 2020, he had a perfect dive season, never losing a single competition. He plans to continue diving at The Ohio State University.

Jaime is a four-year varsity lacrosse athlete at Sherwood who is playing at American University. She was selected as a captain her senior year and was selected to the all division second team in her sophomore year as well.

Favorite memory: Going to and hanging out with teammates at team dinners before games. Also, going to competitions with her team in different places and competing.

Kate is a four-year varsity lacrosse player who is committed to play at American University next season. She was selected as a captain her senior year and also made the second team for the all division team her sophomore year.

Favorite memory: Being able to play and share the field with her sister Jaime for the last four years.

Favorite Memory: Definitely winning States and Metros my first two years. It was an unforgettable moment and nothing was better than seeing the team grow and improve during my time at Sherwood.

Seils is a three-year varsity baseball player and one-year varsity basketball player for Sherwood. Brett is committed and will play Division 1 baseball at Towson University this upcoming season. He was named to the MSABC preseason all state team for baseball and was voted as a team captain this year.

Favorite memory: Going out to team practices and practicing with everyone. 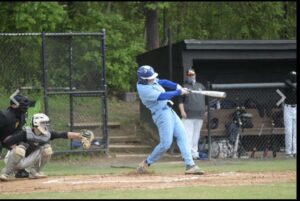 Daulton is a four-year member of the Sherwood baseball program. He has excelled at Sherwood, and is committed to play baseball at Shenandoah University in Pennsylvania. He and his team aim for a successful 2021 season.

Favorite memory: My favorite memory from Sherwood Baseball is hitting back-to-back home runs with my teammate Nick Presson against Magruder. It was a really cool moment. 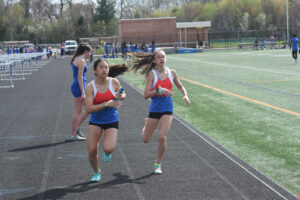 Taylor is a four-year member of the varsity swim team at Sherwood. She contributed to Sherwood’s 2018 Metro title, and Sherwood’s Metro and state championship wins in 2019. Taylor also placed 2nd in the Region in 100 Free in 2019. After her sophomore year, Taylor was awarded the most improved award, and for her senior season she was named a team captain.

Favorite memory: My favorite memories from Sherwood swim are any times the team got together like the welcome bonfire, Friday dinners, and the post-meet lunches. I am also going to miss the unmatched hype and energy that came with swimming the 4×100 free relay at the end of every meet with my girls.

Favorite Memory: Reclaiming Sherwood’s reputation in the Male Swimming category in 2020 by finaling in two individual events at Metros and leading the Boys Team to final in one Relay event at Metros 2020. 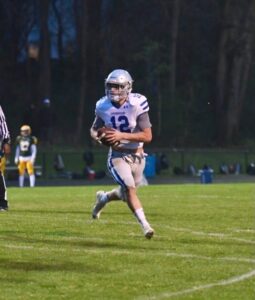 Sean is a four-year varsity lacrosse and three year-varsity football athlete. He was a captain for both sports in his senior year and will attend Susquehanna University in Pennsylvania to play lacrosse and attempt to walk on for football.

Favorite Memory: Eating donuts after shutting out Damascus and the bus ride home after beating Paint Branch because it felt good to get a team win after all the challenges we faced this year.