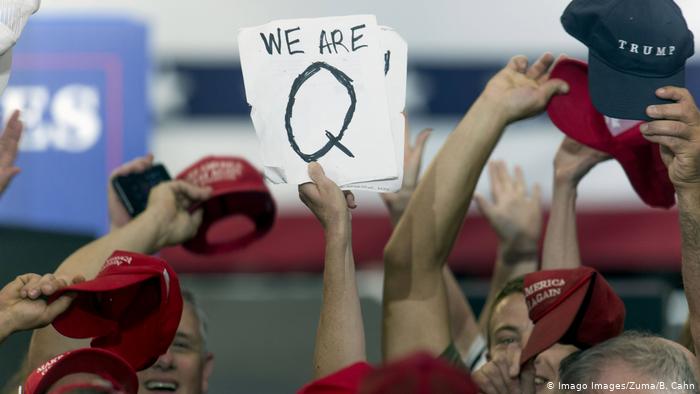 The Trump presidency was marked by an era of rampant fake news and conspiracy theories spreading across the internet. However, in a post-Trump time period, many have been left to wonder if these conspiracies have been rendered a permanent aspect in the new digital era of politics, or if fake news can be combated once and for all.

QAnon is a series of far-right conspiracy theories that started on the website 4chan with anonymous posts, and have turned into a violent, dangerous, extremist ideology. A major one of these conspiracies was Pizzagate, claiming that several prominent Democratic politicians and high-profile Hollywood celebrities were members of a Satan-worshipping, cannibalistic child sex trafficking ring that was plotting against Donald Trump. While this all sounds unbelievable, Pizzagate went completely viral in 2016 and gained followers from all political ideologies, with a major spike in right wing following. Feelings of uncertainty combined with the feeling of not being in control of one’s life creates the recipe for following and being enveloped in conspiracy theories and fake news. Ironically, conspiracy theories like QAnon don’t do much to reduce these feelings of fear and anxiety.

Political scientists Rachel M. Blum and Christopher Sebastian Parker conducted a study of followers of the MAGA movement, and found that an overwhelming majority of them were “concerned that real Americans are losing freedoms,” and believed that “our lives are controlled by secret plots” and “unknown actors make the big decisions.”  The study also concluded that roughly “95 percent of MAGA supporters believe Antifa bears some responsibility” for the Capitol riots on January 6. While Trump may not be president anymore, some of his followers are still left with dangerous ideologies, and are quickly moving to other groups to spread it.

QAnon and similar fake news thrive off of internet sites like Facebook and Twitter, as they can be rapidly spread and reach a wide ever-growing audience. While conspiracy theories are as old as time, the digital age requires internet companies to take action to combat the spread of conspiracies before they can unfurl.

The fix to prevent the spread of conspiracies would be for social media platforms to stop the recommendation of fake news and similar content. Many people find QAnon and similar ideas because Facebook recommends users to join online groups that support the conspiracy. This, in turn allows the members of these groups’ ideas to spread into other groups that are completely unrelated. Preventing this from occurring would require Facebook and similar platforms to be proactive in understanding what their platforms are being used for, preventing hubs for conspiracy ideology from getting followers and spreading fake news.