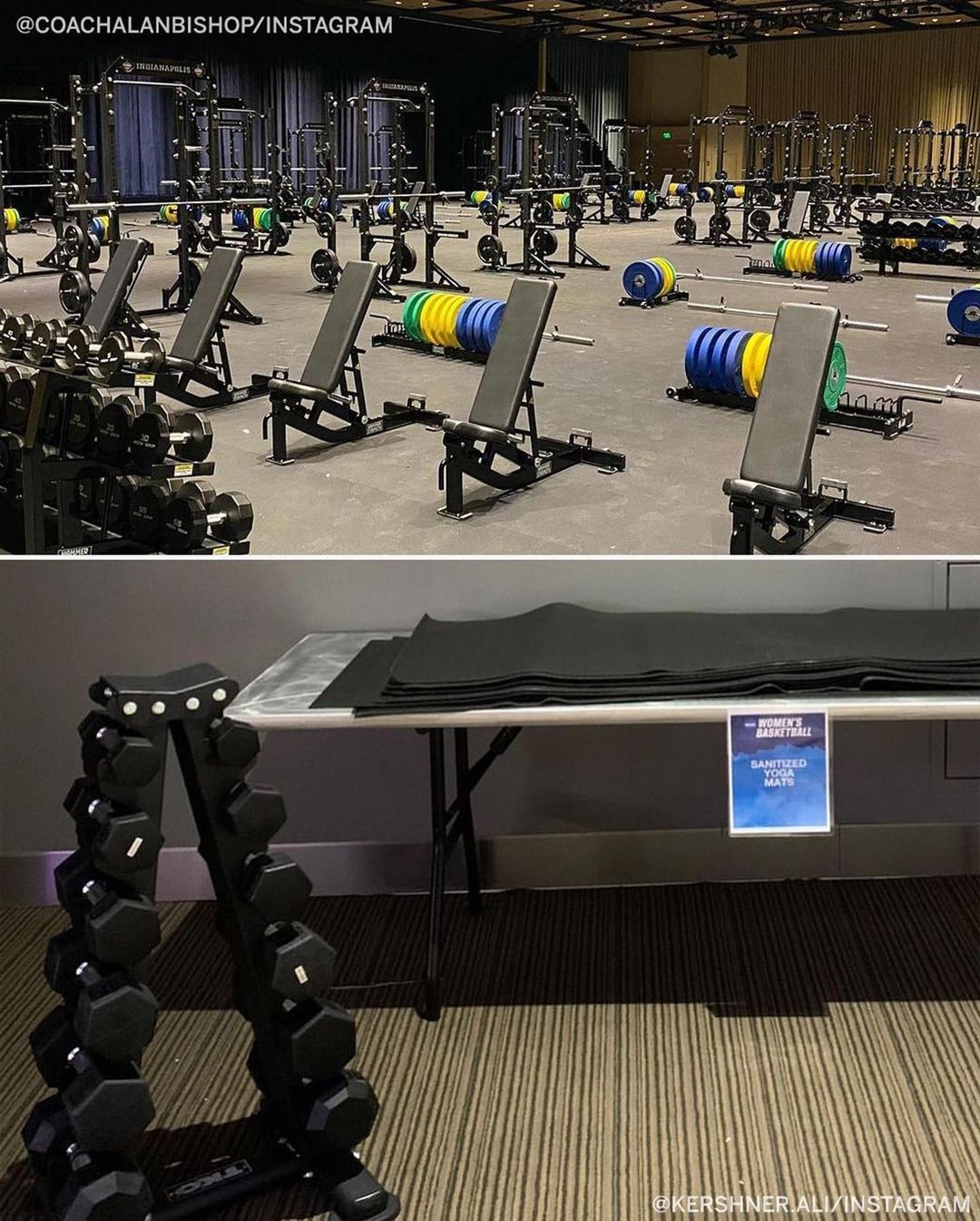 Sedona Prince, a forward on the University of Oregon’s Women’s Basketball team, posted a TikTok highlighting the shocking lack of amenities given to the Women’s Basketball teams participating in March Madness, taking place in Texas, in comparison to the Men’s teams playing at venues in Indiana. The amenities that were given to the women by the NCAA for the biggest basketball tournament of the year was an upright set of twelve dumbbells, a set up that you could find in countless suburban home “gyms.” In her TikTok, Prince showed the amenities given to the men participating in this tournament. There were countless bars equipped with different types of bumper plates, alongside multiple machines for bench pressing, and other strength-oriented weight training machines.

Prince was not the first person to point out this discrimination in this year’s tournament. Ail Kershner, a Stanford Sports Performance coach, documented this inequity on her Instagram showing a side-by-side comparison of the two weight rooms. Kershner then captioned the post saying “These women want and deserve to be given the same opportunities … In a year defined by a fight for equality this is a chance to have a conversation and get better.”

After Kershner and others posted about the unfairness the NCAA Vice President of Women’s Basketball, Lynn Holzman, released a statement saying, “The amenities teams would typically have access to have not been as available inside the controlled environment, in part, this is due to limited space.” After this statement on March 18, Prince posted her original video via TikTok, not only showing the lack of amenities, but also highlighting the countless space within the Women’s Basketball bubble.

After the tweet from Holzman and the posts from Kershner and Prince, AJ McCord, a sports anchor and reporter for KOIN TV in Portland, Oregon, posted a tweet compiling the inherent inequities of The March Madness tournament with side by side pictures comparing these amenities. Most disturbingly the difference between the tournament dinners. The men were given a well-put-together buffet-style feast, but the women were treated to a cafeteria-style dinner including a “mystery meat,” veggies, mashed potatoes, a fudge brownie, and a dinner roll … in a bag.

Despite the NCAA not being covered under Title IX, a law that protects people from sex-based discrimination, universities themselves are still responsible for making sure organizations like the NCAA treat their male and female athletes equally. On Friday, March 19, Holzman and the NCAA came out with this statement, “We fell short this year in what we’ve been doing to prepare in the last 60 days for 64 teams to be here in San Antonio and we acknowledge that … We are actively working on that and things will be in place by tomorrow morning.”