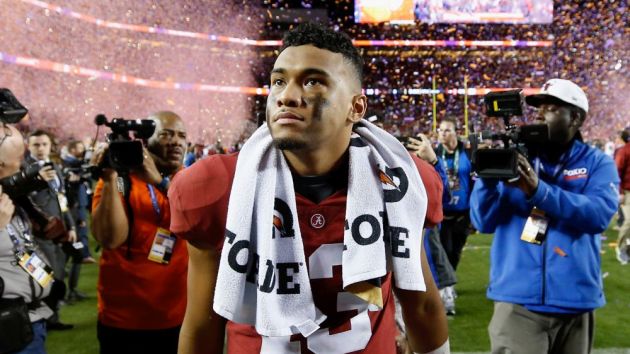 College athletes could be allowed to profit off their name and image, and could be better protected under a bill that passed through the Maryland House of Delegates in the beginning of March. The bill, called the Jordan McNair Safe and Fair Play Act, looks to provide student-athletes with better protection from tragedies and allow them to profit from endorsements.The bill is named after former Maryland student-athlete Jordan McNair, who passed away two weeks after suffering a heat stroke during an offseason workout.

For several years people have been pushing the NCAA to allow student-athletes to make revenue off of their names, with the NCAA refusing to budge. However, several states such as California and Florida have recently passed legislation allowing college athletes to make money from endorsement opportunities. This makes it seem as though it could mark the beginning of a turning point in the world of college sports.

From a logical standpoint, it makes sense for the NCAA to allow their athletes to make money. The NCAA makes a large portion of their revenue from college basketball. That could soon change, however, as over the past few years, more and more basketball players have decided to play overseas or in the NBA’s G-League for a couple of years instead of going to college. From the athlete’s perspective, it makes sense. They get to play against a higher level of competition, make money, and become better prepared for the NBA. With more of the best high school recruits leaving to play elsewhere, the NCAA needs to do something to stop the bleeding.

From an economic perspective, the NCAA needs the top recruits to play in college to generate revenue. The big-name players produce headlines, which grab the public’s attention. More people tend to tune into the games when they know that some of the players are going to be future superstars in the NBA. If they start losing the big names, they’re going to see a decrease in future revenue. In order for the NCAA to prevent a future loss of revenue, they need to allow college athletes to make money off of their image.

The common counter argument seems to be that scholarships are fair financial compensation for athletes. If the NCAA starts allowing their athletes to generate revenue, they’re going to start losing money. The money they would have been making off of their athletes names will now go directly to the athletes themselves. This would cause the NCAA to stop giving out so many scholarships to schools. While this is true to an extent, athletes could then use the money they made from their popularity to pay for their college tuition. The best college athletes are estimated to be around $1 million. While many athletes are worth much less than that, they would still be worth more than the average scholarship, which is around $20,000. If they even got a fraction of the money that the top athletes make, they would still be making much more than the average scholarship is worth.

With the new bill in Maryland passing through the House of Delegates, more and more states are starting to recognize that student-athletes should be able to generate revenue off of their name and image. As the idea of athletes making money looms closer, the NCAA is going to be forced to make a decision soon.