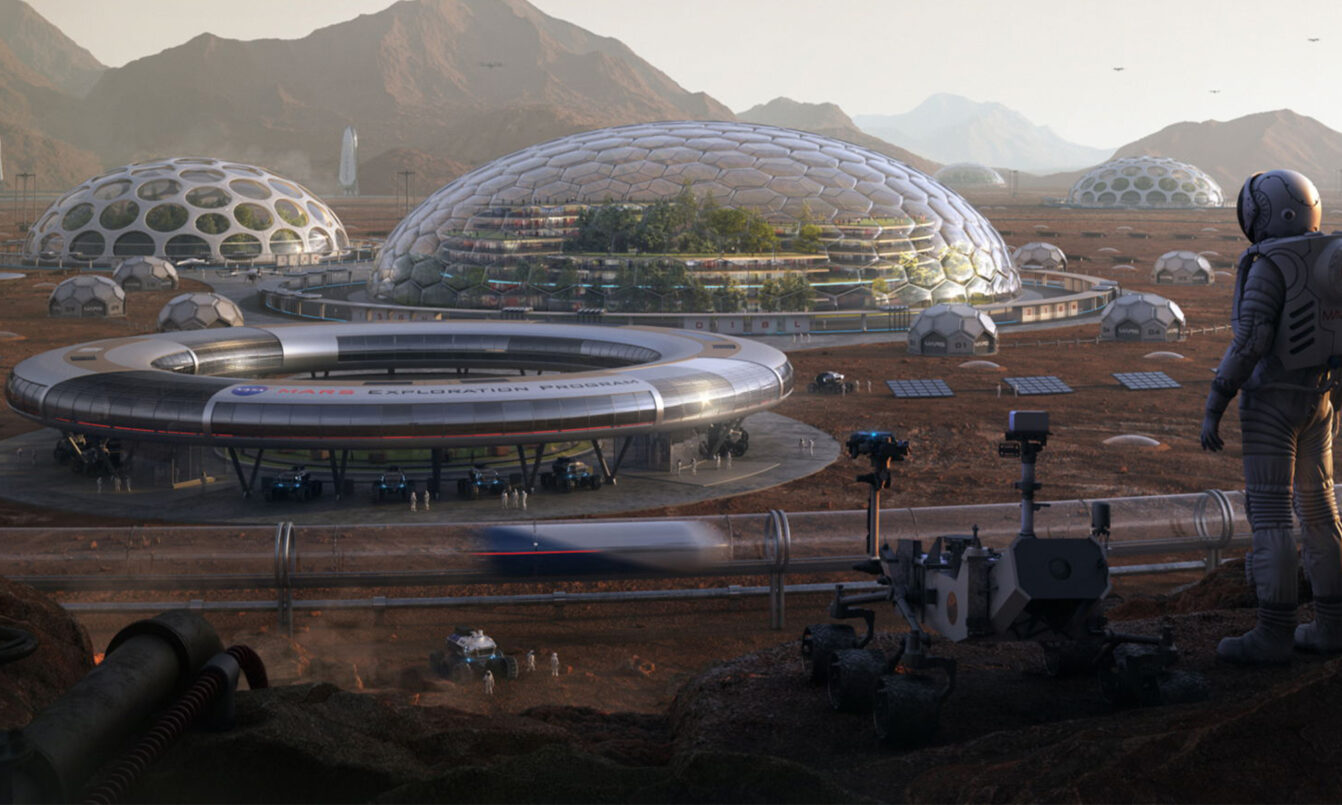 On February 18, NASA landed the Perseverance Rover on Mars, a robot with the goal of exploring the planet in search of evidence of past–or even present–signs of life. With these observations comes the potential to unlock clues to the planet’s habitability not only for potential martian life, but also for us humans.

The idea of human colonies on Mars has been around for decades, whenever land with new resources and curiosities are found, the human race is known to jump at the chance to expand. Now that space missions to the moon have lost their luster, for some time now the next destination has been the Red Planet. SpaceX CEO Elon Musk stated in 2020 he was confident his company would land a human on Mars around 2026, and the corporation has been vocal about hopes of large, city-like colonies in the future, with over a million residents.

Not only is NASA’s newly-landed rover surveying the rocky terrain of Mars, this month also saw the success of the United Arab Emirates’ orbiting craft, Hope, which landed in orbit earlier this month, on February 9. Just a day later, China’s Tianwen-1 spacecraft successfully began orbiting the planet, and plans to place a lander and rover later this year after collection of data from the orbit.

Each new craft landing on the Martian surface or into its orbit is another large step towards humans themselves landing there. There have been years of research and funds put into simulating the conditions of Mars and potential structures for humans to live in on Mars. For the most part, this has been all figured out, theoretically. There are plenty of sources of water on Mars through subsurface ice and minerals, oxygen can be easily converted from the abundant carbon dioxide, and solar power would be an easy source of energy for constructed facilities. The main problem would be sustainable food production, for which there are several ideas floating around, but nothing concrete.

For argument’s sake, say the semantics are worked out, and life on Mars is just as efficient as on Earth, there are still severe ethical considerations to take into account before shipping off portions of the population to another planet. Some people believe that expanding to Mars is necessary for the survival of the human race: Earth, put simply, has arguably reached its human capacity, and the population only grows.

But if history is any source, human expansion also has several tradeoffs, including severe resource depletion, which has become one of the biggest problems in the modern world with a lack of natural resources left on Earth. There are still debates and efforts on how to deal with the continued exploitation of limited resources on Earth and how it is affecting the planet. Perhaps humans should sort out how to best deal with their own planet before moving over to another one, which they know even less about.

Some people also hope that Mars can be a haven for human life in the case that Earth ultimately becomes destroyed by climate change, an effect caused and amplified exponentially over the years by human consumption and pollution. The past couple centuries, the degradation of our planet by human interaction has continued to grow. We are at a point in human history where we are the most destructive–look at the entire timeline of advanced human life, and the sliver of this history during which the planet has been most ailed. How can we be expected to preserve the Red Planet when we have not even figured out how to stop destroying our own?