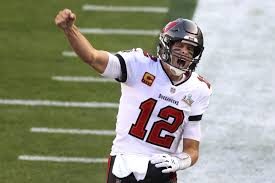 Earlier this month, Tampa Bay Buccaneers quarterback Tom Brady captured his seventh Super Bowl title at age 43, capping what was possibly the most impressive of his now seven championship runs. While Tom Brady is not the most accomplished athlete of any sport, he has earned the title of greatest team sport athlete of all time.

After six championships in nine appearances over the course of two decades with the New England Patriots, Brady was a free agent for the first time in his career last offseason. Brady proved that his success was not reliant on playing under coach Bill Belichick while leading a young Buccaneers team to the franchise’s second title. Brady now has more Super Bowl wins than 18 NFL teams combined and more than any single franchise. He has proven himself as the undisputed greatest football player of all time. The argument also can and should be made that he is the greatest player of all time in any team sport. When talking about the greatest professional athlete to ever live, there are so many different superstars to consider. Not only are there other team sports athletes like Michael Jordan, Wayne Gretzky and Bill Russell, but there are numerous individual sport athletes such as the likes of Michael Phelps, Roger Federer, Muhammad Ali, Floyd Mayweather, Jack Nicklaus and Serena Williams. However, let’s just focus on team sports for now.

Before winning his seventh Super Bowl, Brady was likely not considered the GOAT of team sports in the eyes of many because a lot of people believed the Patriots’ success was more a product of Belichick’s coaching than Brady’s play. With a seventh title with the Bucs and with a new head coach, Brady now has more rings than Jordan’s six rings with the Bulls and did it in a sport where it is much more difficult to maintain sustained greatness. Although there have been a few teams in different leagues that have won multiple championships over the course of 5-10 years, none have had the kind of longevity as the dynasty of Brady. There have been a few players over the course of NBA history that could be considered “dynasties” in their own right. Russell’s Celtics won eleven championships over his thirteen year career. Jordan and the Bulls dominated the majority of the 90s winning. And most recently Lebron James has been dominating the league, appearing in ten championships and winning four so far in his career. Although all of these players have had sustained success none have had it for as long as Brady, who has been the best player in football for almost two decades and has the accolades to prove it. Brady has more Super Bowl MVPs than Lebron James even has championships. Along with being a seven-time champion he is a 3x MVP and a 14x pro bowler. It’s not easy to win in basketball by any means, but it’s certainly easier than football. Brady over Jordan and James.

While Babe Ruth was an incredible baseball player in his own right, setting both batting and pitching records and having seven titles to his name, it’s hard to call someone whose professional career ended in 1935 the greatest team sports athlete of all time. African Americans hadn’t even entered the MLB at the time Ruth played. Sports have also evolved so much over the years and the competition has become greater and the talent has spread out more so there aren’t just a few teams ruling the leagues anymore. Same goes for a guy like Russell who played before the NBA and the ABA had even combined to make the league we know now, and the only real competition for Russell’s Celtic’s was Wilt’s Lakers. Brady over Ruth and Russell.

Wayne Gretzky is another name mentioned in the conversation of greatest team sport athlete, and he is regarded as the greatest hockey player of all time and deservedly so. Gretzky is a three-time gold medalist and four-time Stanley Cup Champion. Gretzky is also the holder of numerous regular season and playoff records in the NHL. The only knock against Gretzky when comparing him to Brady is that he only won four championships over 20 years. Although Gretzky did dominate the regular season winning nine MVP awards including a span of eight straight, ultimately the playoffs are what matters most and Gretzky just didn’t have the same amount of postseason success as some other athletes. Brady over Gretzky.