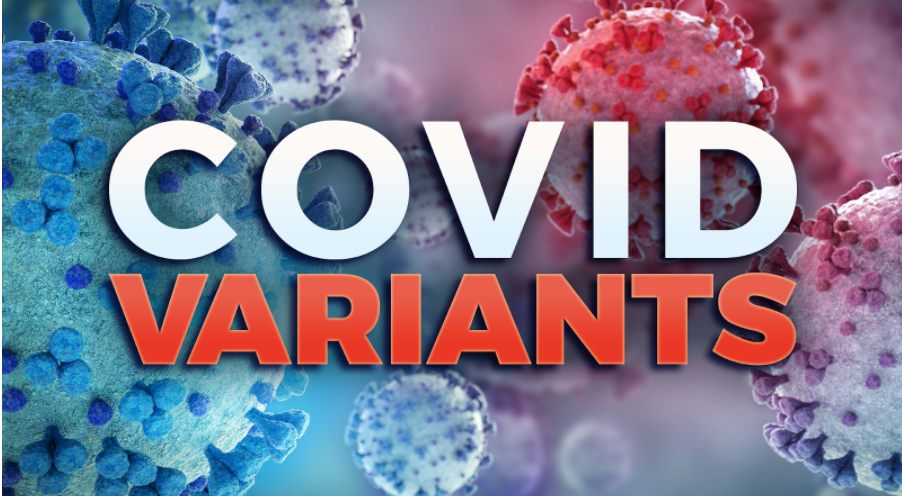 Multiple variants of Covid-19 have been identified, and two have been found in Maryland. How do they differ from one another–and the original virus–and how are the vaccines responding to these new variants? Gov. Larry Hogan announced January 30 that the South African variant is present in Maryland, and health officials are concerned about whether the current vaccines will be less effective.

The South African variant, called B.1.351, was first confirmed in the United States on January 28 in South Carolina. The first person to contract this variant in Maryland lives in the Baltimore metropolitan area and had not recently traveled. This suggests that the variant is already in Maryland, and may have been spreading for a while. Maryland state health officials along with the Centers for Disease Control and Prevention (CDC) have confirmed two more cases of the variant. However, these two individuals, residents of Montgomery County, had recently traveled abroad.

B.1.351 doesn’t seem to cause increased severity nor a higher mortality rate but is considered more contagious. Health officials are concerned about the success rate of the Pfizer and Moderna vaccines against it, and the Johnson & Johnson and Novavax vaccines have been shown as less effective. In addition, CDC researchers discovered evidence that some leading treatments for Covid-19, such as monoclonal antibodies, are not as effective against the variant.

The South African variant was the second confirmed in Maryland; the United Kingdom (UK) variant, known as B.1.1.7, identified January 12, infected an Anne Arundel County couple who are both under 65. One individual had traveled abroad to various countries and is believed to have infected their spouse. Neither patient has needed hospitalization, and it is unknown when the travel occurred and when the couple became infected.

According to CDC data, there were 1,523 cases of the variant reported across 42 states as of February 18. While the number of Covid-19 cases has fallen in the United States for roughly a month, the daily case count continues to average around 95,000 as reported by USA TODAY.

The UK variant is believed to be between 50-70 percent more contagious than Covid-19; however, CDC researchers state that there are no indications that current vaccines are less effective. The CDC believes that by as early as March B.1.1.7 will be the dominant variant within the United States. However, it is unclear how the variant will react to the warmer temperatures and higher vaccination rates in the United States.

Furthermore, the third variant of Covid-19 that has been discovered is the Brazillian variant, though not yet detected in Maryland. The first case in the United States was in the Minneapolis-St. Paul metropolitan area. This person had recently traveled to Brazil, which suggests that the variant may not yet be widely circulating in the United States. The variant is referred to as B.1.1.28 or P.1 and shares similar mutations with the South African variant.

Newly emerging Covid-19 variants could bring about the fourth wave of American coronavirus infections, which has fueled a sense of urgency to vaccinate as many Americans as quickly as possible. The hope is that the vaccines will decrease the number of people contracting, and dying from the virus while slowing the rate of transmission.