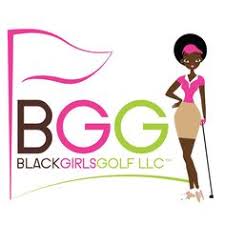 Black girls and golf are two things very rarely heard together. However, Tiffany Mack Fitzgerald is changing perceptions through her organization, Black Girls Golf. Founded in 2011, Black Girls Golf began with a vision to bring more inclusion and diversity to golf.

Fitzgerald noticed this lack of diversity during her career in corporate America when her coworkers invited her to play golf. Wanting to be able to play with them, Fitzgerald began trying golf on her own. During this time, she noticed that there were few people that looked like her on the golf course, making her feel out of place. Realizing that other black women probably felt the same way, Black Girls Golf was established. This effort was also motivated by the few other groups inspiring black girls to golf; particularly, the Wake-Robin Golf Club which began in Lanham, Maryland and was founded in 1937, making it the first golf organization for black women.

Black Girls Golf is very inclusive for all ages. It works to encourage young black girls to begin golf early and carry their skills and relationships that they learn into adulthood. The foundation is also open for black women who start golf later in life and strengthens the networking and skills in them as well.

In the past, Black Girls Golf has worked with other companies such as Top Golf to make its organization and cause more widely known. The organization also has many plans in development and on February 2, Fitzgerald told Golf Central that they “have been really blessed to partner with people like PGA [Professional Golfers Association]”.