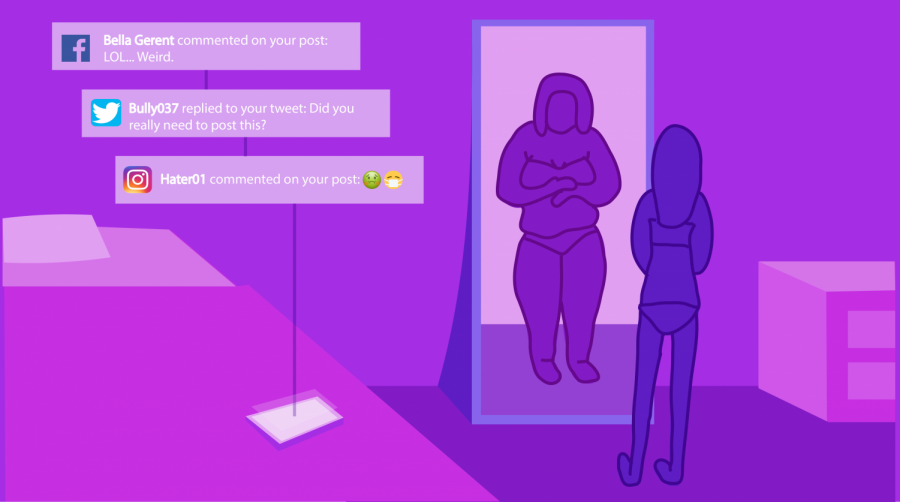 While social media acts as an outlet for most and provides users with entertainment and laughs, especially throughout the pandemic, it is unfortunately a pit of hypocrisy especially for black women. Social media culture loves to promote self-confidence and body positivity, but when someone whose body might not fit the enforced body standards, they suddenly are, “They are showing too much” or “They’re just looking for attention.” Unfortunately, Chloe Bailey, one part of the singing duo ChloexHalle, fell victim to some harsh criticism recently on social media due to her joining in on the widely popular #SilhouetteChallenge.

Despite receiving an enormous amount of love and support after posting her video, there was negative backlash from people causing her to have an emotional Instagram live addressing the hate. People had claimed that her recent post had been “too provocative.” Bailey expressed through tears the struggles she had dealt with regarding her body image and how she has just started to finally learn how to love herself and have self-confidence.

Bailey made a point to explain that she is not looking for any type of validation and all of her body-loving Instagram posts are for herself. “And it’s really hard for me to think of myself as a sexual being or an attractive being, quite frankly. So, when I see all the uproar about my posts and stuff, I’m a bit confused,” she admits in her Instagram live.

Bailey, along with her duo partner and sister, Halle, have been raised in the entertainment spotlight. In 2013, their cover of Beyonce’s Pretty Hurts’ went viral with almost 20 million views on Youtube. Beyonce then shared their beautiful voices among various social media platforms, which led to them getting signed at 18 and 16 years old to Beyonce’s record label, Parkwood Entertainment. Their last year’s release of their second studio album, “Ungodly Hour” has proven that they branched out of their ‘innocent good girl’ era. This is what people who are slut-shaming Chloe seem to forget. Chloe is a 22-year-old grown woman who can show off her body any way she wants.  Many people can’t seem to erase their ‘innocent girl’ perception from her.

Bailey is just the most recent example of the long line of black female entertainers and athletes who get criticized. Celebrities like Meg Thee Stallion and Lizzo are constantly attacked over how they choose to love and for their pride in their “non-conventional” body frames that don’t fit in what a white dominant culture deems attractive. Athletes like Serena Williams and Naomi Osaka are taunted continuously and harassed for having “manly” body builds; thus being considered less feminine and less desired.

While this body image debate seems very prevalent in 2021, it is not new at all. From the turn of the 20th century, body standards have plagued the way women are viewed in society and by themselves, from the cinched waist of the 1950s, the super-thin model look of the early 1990s, and today’s almost impossibly exaggerated hourglass figure. The discussion on body image will always be a topic of conversation, but women can’t just wake up and change their bodies to fit into what society deems “perfect” or even “normal.” When it comes to body image, not one size fits all. A single standard of beauty only perpetuates women’s cycle of not feeling confident in who they are and how they look. As long as someone is healthy and happy with themselves, that’s all that should matter. And this goes for Chloe Bailey as well.