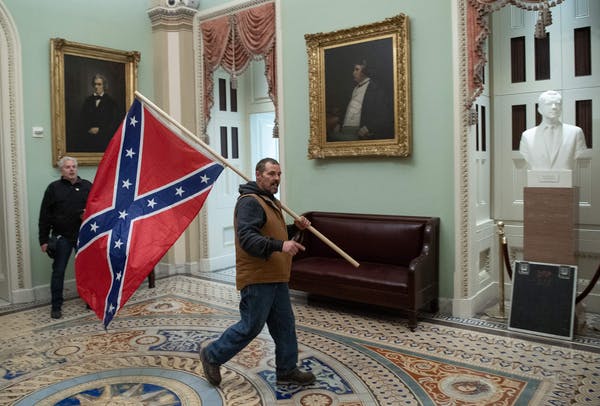 Many conservatives are trying to draw parallels between the recent Trump rally riot on the Capitol and Black Lives Matter (BLM) protests throughout last year. “The double standard with regard to rioting in the media (it’s good when it’s BLM, it’s bad when it’s Trump supporters) is egregious,” says Ben Shapiro, a right-wing political commentator. Drawing false equivalencies between the riot on the Capitol and BLM demonstrations, however, is incorrect for many reasons.

First of all, what each group is fighting for is not comparable. The BLM demonstrations were a response to the tragic and disturbing deaths of George Floyd, Breonna Taylor, and many other African-Americans who were victims of police brutality. Protests not only aimed to raise awareness and fight against police brutality but many other racial and social issues still prevalent in society.  Not only were protesters there on January 6 standing up for a lie, but many of them were proudly wearing and waving racist and antisemitic flags and clothing such as the Confederate battle flag, Camp Auschwitz shirts, 6MWE hats (standing for six million wasn’t enough), and other garments representing white supremacy. It’s hard to imagine a more fundamental difference between marches for racial equality and rioting by white nationalists or worse.

The lack of initial police preparedness and intervention during the Capitol riot are alarmingly contrasting in comparison to the handling of peaceful protests during the BLM demonstration. In these non-violent protests, police were over militarized and over-prepared, with the National Guard called before any imminent threat. Police actively used tear gas, rubber bullets, and excessive force on peaceful protestors. Conversely, during the Trump rally, there seemed to be little to no police to protect and guard the Capitol building. The National Guard did not arrive at D.C. until 5:40, which is at least 3 hours after the Capitol was first breached. Even with the limited number of police on duty, some officers were taking selfies and helping rioters down the stairs, which starkly contrasts how BLM protestors often were treated. The difference in police response clearly shows the existence of white privilege and proves why BLM is protesting.

According to the Armed Conflict Location and Event Data Project (ACLED), 93 percent of BLM demonstrations were peaceful protests. Meaning that out of 7,750 demonstrations in 2,400 different locations, only 220 had any report of violence whatsoever. The definition of violence in terms of the study included the toppling and destruction of Confederate and slave-owner statues and “fighting against police”, which should be in context with the excessive force often used by the police. Also, the study reports “dozens of car-ramming attacks” on protestors by individuals who had connections to the Klu Klux Klan. Armed far-right counter-protestors often clashed with anti-racist demonstrators, which led to some of the violence during protests.

On the other hand, the Trump rally riot on the Capitol was an attack incited by President Trump. Finally, those who make false equivalencies between the January 6 riot and the summer protests conveniently overlook that a government official–the president of the United States–incited the rioters to attack the Capitol. At a rally just before the violence, Trump repeated falsehoods on how the election was stolen as he encouraged protestors toward the Capitol. With phrases such as “fight much harder” and “show strength,” it is clear that Trump fueled and is responsible for the violence that occurred in the Capitol. Whereas Trump said that peaceful protesters marching for racial justice were “thugs,” “terrorists,” and “anarchists,” he told the rioters on January 6 that they were “special people” that he loved.