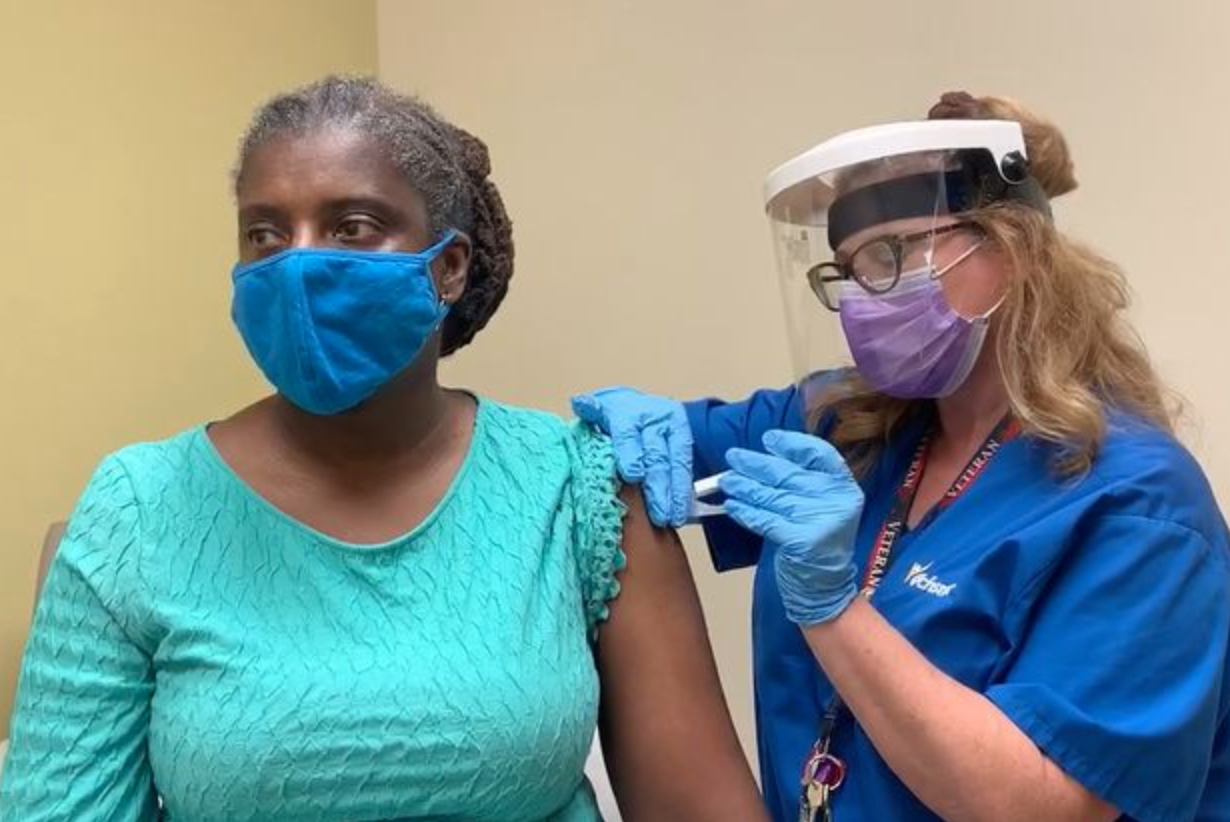 Thousands of nurses, doctors, and frontline workers across the country have now been vaccinated against Covid-19 in a spirited effort by the federal and state governments to accelerate production and distribution of the vaccine in recent months. Despite the high efficacies of the two vaccines, recent polls suggest that many black and Hispanic Americans remain hesitant about getting it themselves. Their reluctance towards a vaccine may undermine their chances of being rescued from the iron grips of a pandemic that has disproportionately battered communities of color.

In a November survey conducted by the Pew Research Center, it found that only 42 percent of Black Americans and 63 percent of Hispanics said they would get the Covid-19 vaccine. There is evidence that confidence in the vaccine is increasing as rollout continues, but trust levels among blacks and Hispanics remain the lowest out of all demographics.

Some of their skepticism is directed towards the science behind the vaccine. Usually, it takes about 15-20 years for a vaccine to be fully developed, tested, and approved for use, but Pfizer and Moderna completed work on their vaccines in a matter of months. Even so, “the vaccine was tested on tens of thousands of people and the data carefully scrutinized by scientists with nothing to gain and everything to lose by pushing it through prematurely,” said Gina Kolata of the New York Times.

Distrust among Black Americans stems from a long history of being experimented on and lied to by government health officials. The infamous Tuskegee Syphilis Study, where from 1932-1972, the Public Health Service studied the effects of the disease on black males by leaving it untreated, is often the first example to come to mind.

To this day, the Tuskegee experiment has created a deeply rooted distrust among African Americans towards the healthcare system that has “helped compromise many public health efforts — including those to slow the spread of H.I.V., contain tuberculosis outbreaks and broaden provision of preventive care,” according to a New York Times article by Austin Frakt.

In addition to being suspicious of vaccines or medical trials, many Black Americans feel discriminated against when they go to the doctor’s office for a routine checkup.“I have a phobia of needles, I’m almost at that point where I have a phobia of doctors,” said Carmen Bailey in a CNN article, a 52 year-old resident of Cleveland, Ohio.

There are studies that show that black people receive less care when they see a white doctor, compared to when they see a black doctor. A big reason for this is a lack of trust and communication between white doctors and black patients. Blacks are also more likely to believe that this pattern of discrimination is experienced by all minorities. According to a poll conducted by The Kaiser Family Foundation and The Undefeated, “some 70% of Black Americans believe that people are treated unfairly based on race or ethnicity when they seek medical care,” as cited in a December article in Time magazine.

Latin Americans share many of the same misgivings about the healthcare system as blacks, but their treatment at the hands of the government has been slightly different.

Between the 1930s and 1970s, the U.S. and Puerto Rican governments sponsored programs to sterilize women in Puerto Rico in an effort to control overpopulation and modernize the country. In the end, about one-third of all Puerto Rican women on the island were sterilized, many without their consent.

People in hispanic communities today often feel like an afterthought when it comes to receiving proper medical care and resources from the government. For months, they suffered at the hands of the virus with little government intervention. Dolores Castañeda, a resident of the Little Village neighborhood in the city of Chicago, said that much of the skepticism in the Latino community towards a vaccine “is based on misinformation or lack of attention and messaging from local organizations and the government.”

She predicts that the same communities that were neglected by the government as the pandemic raged on will be overlooked again once full rollout of the vaccine commences.

The federal government must now work to repair its relationship with black and brown communities in order to increase trust in the vaccine and the healthcare system. The lives of people in these communities, as well as the sake of the country, depend on it.