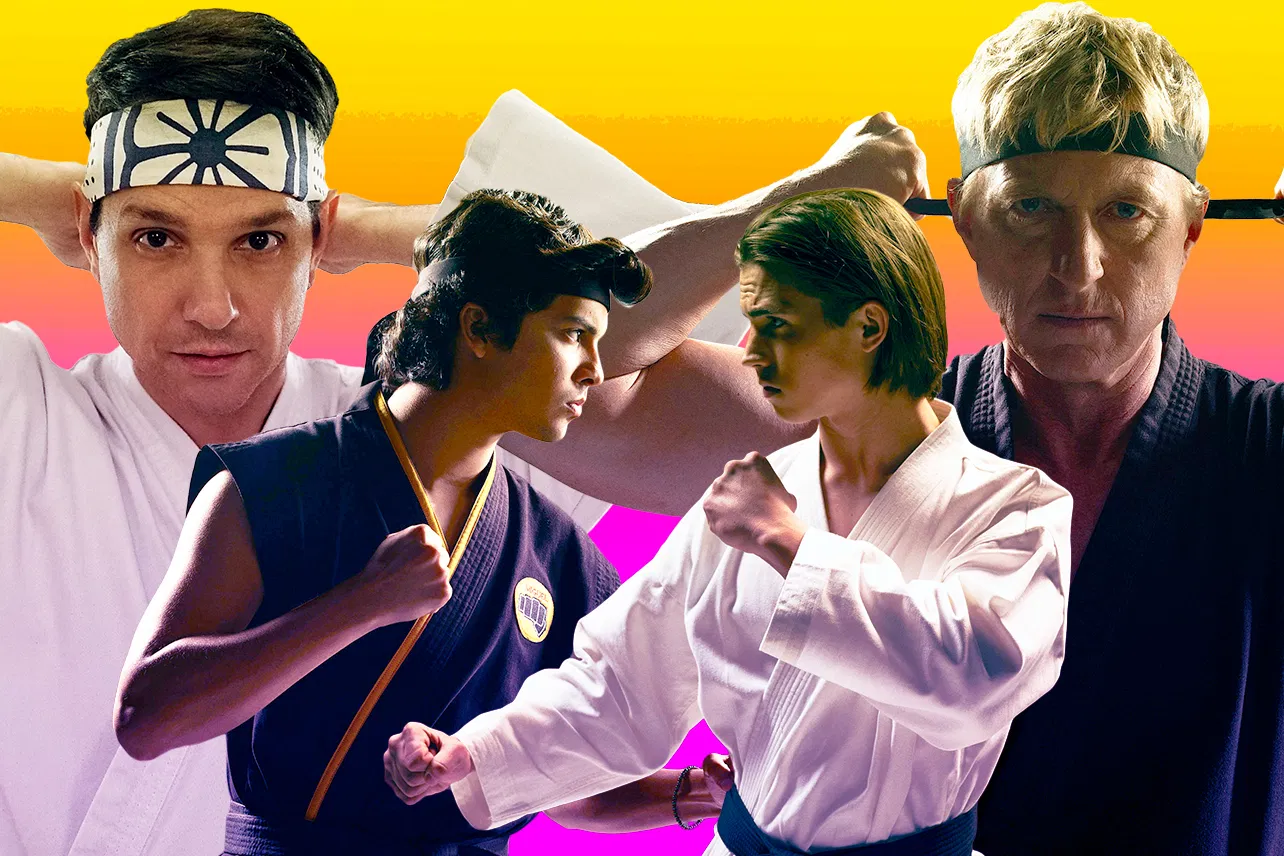 In a spinoff series nearly 30 years in the making, “Cobra Kai” follows the adult life of Johnny Lawerence (William Zabka) and Daniel LaRusso (Ralph Macchio), two karate rivals from the 1980’s “Karate Kid” trilogy, while introducing a whole new generation of kids and karate. The series shows the aftermath of the all-valley tournament dating back to 1984, in which Daniel crane-kicked Johnny to take the crown. Johnny, the main focus of this series, loses everything after the tournament leading up until present day, bouncing from job to job and drinking Coors Banquet every night. Daniel, on the other hand, runs a very successful car dealership and has a seemingly perfect family. Johnny decides to reopen his childhood dojo, Cobra Kai, training a kid who lives in his building named Miguel Diaz (Xolo Mariduena), followed by Daniel reopening the dojo of his late sensei Mr. Miyagi, Miyagi-Do.

Season three follows the dramatic events of the huge school fight in the finale of the last season, in which Miguel was put in a coma by Robby (Tanner Buchannan), who happens to be Johnny’s son. The students of Cobra Kai turned on Johnny for John Krease, former Cobra Kai sensei, as they believed Miguel’s accident was Johnny’s fault since he told him to show mercy. This gave the kids from opposing dojos more reason to be against one another, a recurring theme throughout the series. Another aspect this season touches on like the previous ones is the intertwining of love, relationships, and family. Johnny has his son who is trained by his arch nemesis Daniel, Johnny trains Miguel who talks to Samantha (the daughter of Daniel), and all of them train to compete in the all-valley tournament.

Season 3 not only continues the story arcs within the show with the kids, but builds on the history of both Cobra Kai and Miyagi-Do. All throughout the season are clips of John Krease back in the Vietnam War, showing the trauma he went through and the real origin of Cobra Kai. Daniel gets to go back to Okenawa, a place he went to in “Karate Kid II.”  The episode featured two characters from that actual movie, an old love interest and a former enemy of Daniel. These historical references pay homage to the prior Karate Kid movies and ultimately makes for a better story this season.

“Cobra Kai” originally was produced by Sony Pictures Television and streamed via YouTube Red. The first two seasons were released before the show was eventually bought out by Netflix in June 2020 due to YouTube wanting to focus more on the series of their content creators. Netflix aired the previously recorded season three on New Year’s Day, where the show has easily gained more publicity and popularity than ever before. Season three may not be the best season so far, but it still contains great moments, episodes, and progresses the story heading into the fourth season. Considering “Cobra Kai” will have more resources from Netflix, the production and quality of the show is bound to improve, meaning season four and beyond could be better than what we have already seen.