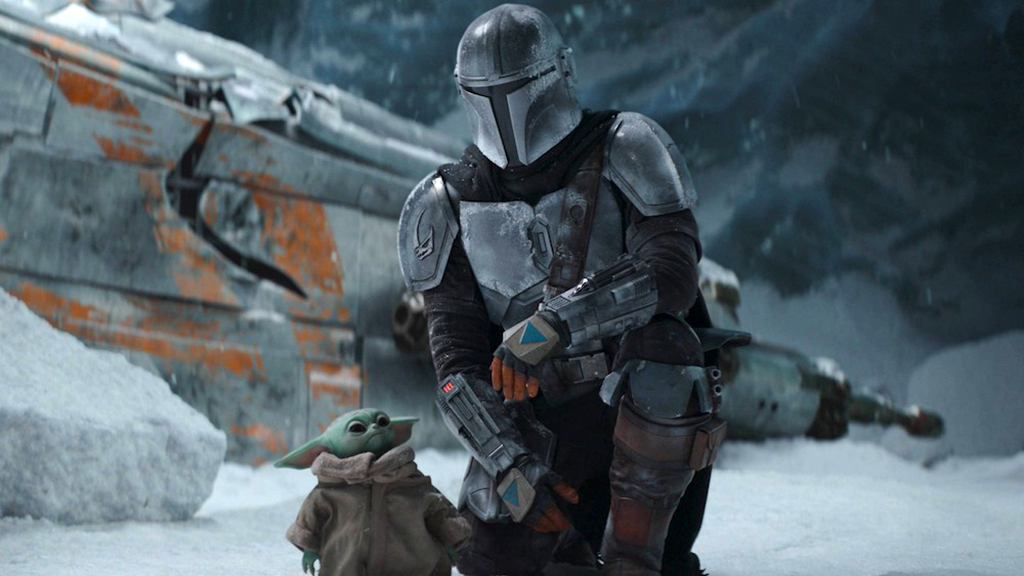 Following a wildly successful first season, Disney’s hit Star Wars spinoff show, “The Mandalorian,” came into season two with tremendous expectations . . . and damn did they deliver! The best thing about “The Mandalorian” is that it brings Star Wars back to its roots. It doesn’t try to bring the galaxy to the brink of destruction with world-shattering stakes. The show is simply just a man trying to protect a child from harm. In doing so it is able to focus on the relationships between the characters, which is what made the original Star Wars trilogy great. With all the first season had to offer it still lacked a really compelling overarching plot. It was really just Mando trying to protect Baby Yoda from Mof Gideon. Season two, however, expands on that. Yes Mando is still trying to protect the child; however, he is also searching for the Jedi that is to train Baby Yoda, whose real name was revealed to be Grogu..

Although season two does begin a little slow and falls into that episodic-nature of season one, that does not last long. It eventually transitions into the overarching plot of Mando searching for the Jedi who is to train Grogu. Along the way the relationship between Mando and Grogu builds and becomes more emotional for audiences as they see that the two will likely part ways at some point. The show also introduces a handful of other characters that help construct this masterpiece of a season. This includes Bo Katan, Ashoka Tano, Boba Fett and of course, in the end, bringing back the legendary Luke Skywalker, with a young Mark Hamil’s CGI face. The contrast between Mando, Katan and Fett is incredibly well done. It goes to show that people can wear the same stripes, or in this case armour, and yet still all have very different beliefs or values.

“The Mandalorian” season two also incorporates some great themes revolving religious beliefs and morality. Mando has followed a strict creed since he became a Mandalorian foundling as a child. Mando’s beliefs are tested when he is faced with a situation where he must reveal his face or else he may lose Grogu forever. It also explores themes or morality such as where do we draw our lines in the sand and when do we cross them.

“The Mandalorian” season two is beyond fantastic. Episodes 1-3 were great, 4 and 5 were incredible and episodes 6-8 were quite possibly the best Star Wars content we’ve had since the original trilogy. It’s action packed, emotional, character-focused and offers numerous amazing themes. “The Mandalorian” season two is a must watch and fans should be ecstatic to see the future of this franchise unfold.