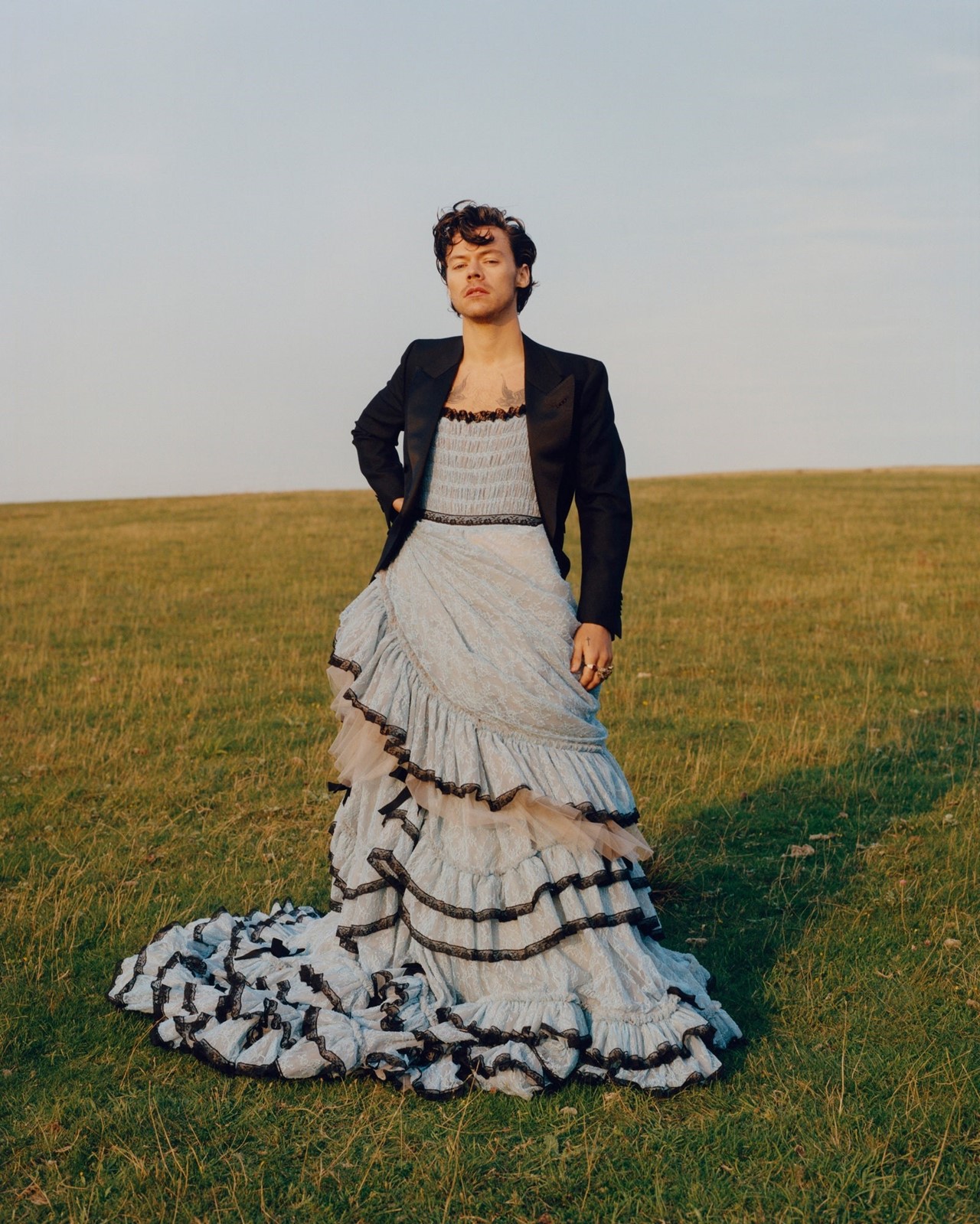 Conservative Candance Owens recently started an internet war between her and Harry Styles’ fans after posting a hateful tweet commenting on Styles wearing a dress on the cover of Vogue. It’s about time we stop acting like a male wearing feminine clothing is something we’ve never seen before. To those opposed to something as simple and harmless as a man wearing a dress, it’s time to grow up.

Men touching on their feminine side is not anything new to this generation nor previous generations. Icons such as Prince, Michael Jackson, David Bowie, Kurt Cobain, etc. are known for dressing more feminine such as wearing dresses and skirts and putting on dramatic makeup. However, dressing feminine as a male was not just a crazy phase in the 80s. There are more recent celebrities that have taken pictures in skirts/dresses such as Kanye West, Brad Pitt, P Diddy, Snoop Dogg, Jaden Smith, and more . So why is it that people from older generations and some from our generation criticize celebs such as Styles as if their favorites did not do the same?

This is when the topic of toxic masculinity comes into play. To give context, if a man prefers to not wear a dress if he was asked to, that’s not toxic masculinity. However, if a man thinks he or another man shouldn’t wear a dress because that’s “too gay” or “too girly” THAT is toxic masculinty. Clothing does not determine sexuality nor level of manliness. One shouldn’t feel like if they put on a nice coat of yellow nail polish it cancels out all of their “manliness”.  What a guy or girl wears is no one else’s business but their own. The phrase “Keep men manly,” a quote Owens said in response to Style’s Vogue picture, has no real meaning. It is not the clothes that makes the man but the values the man holds. Many men who wear dresses, skirts, etc. do so to encourage others to wear what they want despite what society tells them to. It is the hateful society that does not seek to move forward that tries to determine what a man or woman should wear but in order for better happier world, these stupid biases must be eliminated.

Though many had a lot to say about Style’s cover, the public majority supported him and praised him for continuing a long line of men’s work to break gender norms. Though Styles is not the first to break gender norms by wearing a dress, this cover gives inspiration to others who don’t always want to wear what society tells them to wear. So Candace Owens, if Harry Styles wearing a dress makes you so angry that you felt the need to take it to twitter and trash him, take off the suit and put on a dress because following your logic, “ we need to keep our women feminine.”