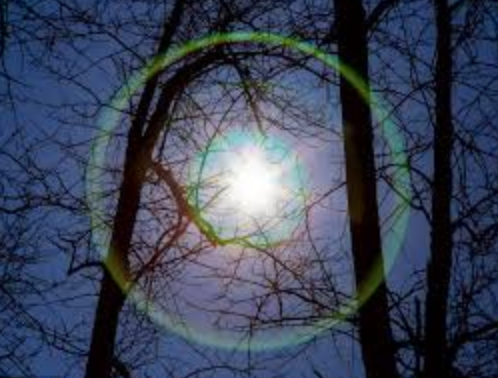 Supernovas are some of the most violent events in the galaxy. The explosions of these massive stars give off an incredible amount of light and heat–as much energy as the  sun will give off in its entire lifetime. However, they can also emit harmful rays of radiocarbon and carbon dioxide. A nearby supernova has the ability to wipe the entire human race off the face of

the earth in one clean blow. And from even further away, they can still bathe the earth in harmful gases–enough to cause the ozone layer irreversible damage. In the last 40,000 years, several stars have exploded into supernovae, and we are just now finding proof. How? In the rings inside trees.

To study the impacts of supernovae on Earth and within the Milky Way, the Institute of Arctic and Alpine Research (INSTAAR) at CU Boulder has undertaken a new study pertaining to supernovae and their effect on Earth’s geological record–most notably, within the rings of ancient trees.  Geoscientist Robert Brakenridge is leading the project–with many tantalizing discoveries. His findings suggest that supernovae relatively close to Earth could theoretically have created multiple disruptions to Earth’s climate over the last 40,000 years.

“These are extreme events, and their potential effects seem to match tree ring records,” Brakenridge offers. He theorizes that trees are able to pick up on amounts of carbon in the atmosphere, so when an unusual amount is detected, the combination of isotopes inside the tree spikes. This would then create a ‘radiation spike,’ or an area where scientists can hope to track down the exact timeline of these explosions.

In the centuries preceding the present day, humans have long been aware of cosmic events–maybe not how they pertain to Earth itself, but there is a distinct record of extraordinary happenings throughout the ages, such as auroras, eclipses, and now, supernovae.

“On the 7th of the Calends of January, at one a Clock in the Night, suddenly Light shined out of the Night like mid-day; it lasted an Hour, but the Sky turning red, the Night returned,” 18th century physician Thomas Short said at the time.” These references have been interpreted as auroras but with new evidence being found, scientists can successfully infer that this event was in fact a supernova.

Abrupt changes in Earth’s atmospheric radiocarbon are recorded in tree rings owing to the short movements of the atmosphere. These anomalies have been recorded as ‘Cosmic Events.’ However, additional evidence has been discovered in ice cores: when added to the concrete evidence of the isotope spikes in the trees, these anomalies lead to the occurrence of point-of-light events, such as gamma rays, but more likely, supernovae.

Supernovae are incredible cosmic events–the average human can’t even hope to see one in their lifetime, and even the best scientists and astronomers rely solely on advanced technology to recreate the image of a supernova. However, with this new information gleaned from the insides of Earth’s trees themselves, we may be able to predict when and how Earth’s climate changed as the result of supernovae. So if future generations ever have the chance to see a supernova up close, they’ll know–no matter how beautiful it may be, the damage it will cause is immeasurable. But hey … it never hurts to be prepared.