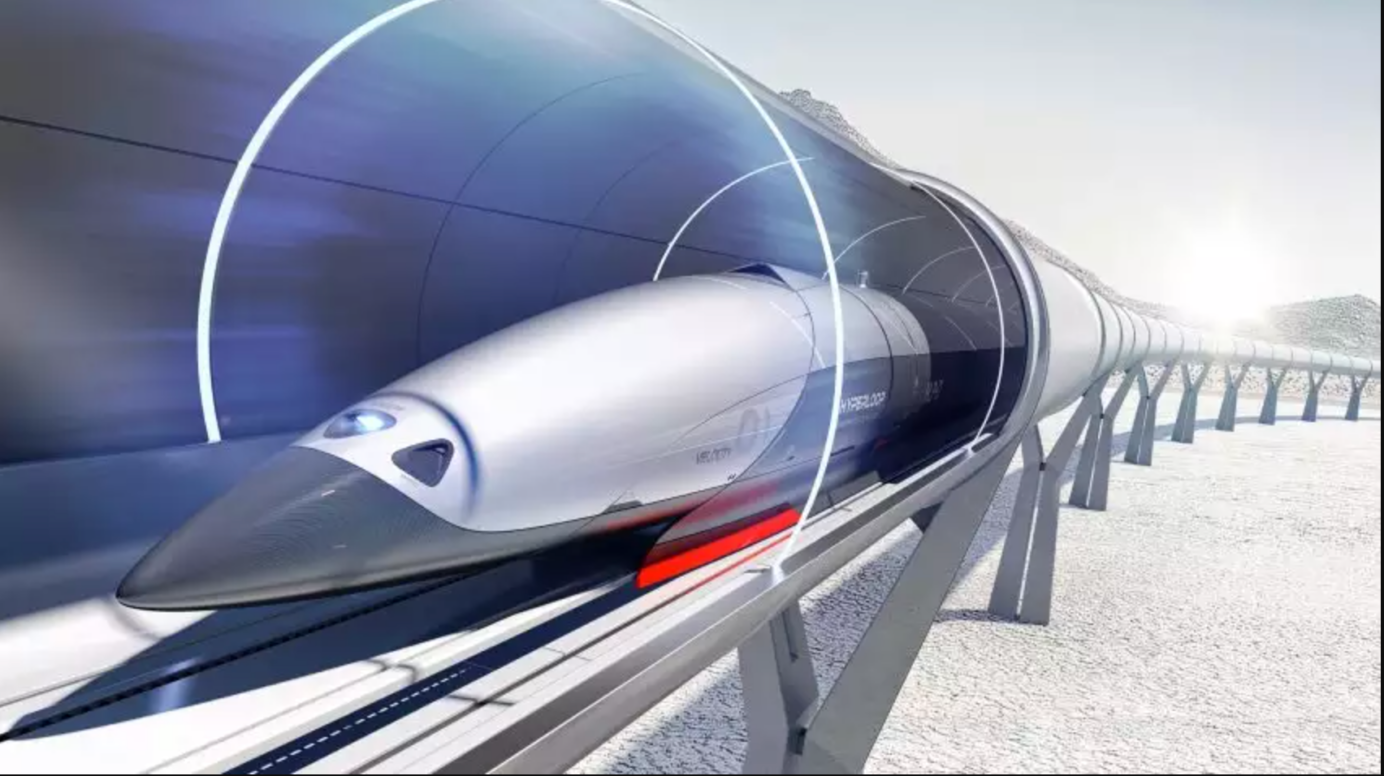 Hyperloop technology used to be simply a product of science fiction, but as technology has continued to grow exponentially over the past decades, this fiction is close to becoming a reality. Hyperloop is a form of transportation which is particularly revolutionary in that the passengers board a pod which travels using a type of magnetic levitation technology–similar to how an air hockey puck glides. These pods run through low-pressure tubes above or below ground which, along with the magnetic levitation, help to reduce friction during travel.

Hyperloop transportation continues to gain support and funding in the hopes of a much more efficient, cheap, and green method of transport. The biggest company currently developing this technology is Virgin Hyperloop, which estimates to have its systems fully certified and ready for public use by 2025 or 2026, and hope to be running at speeds over 600 mph–just over the average speed of commercial airplanes. The U.S. by far not the only country interested in the new technology, and several big international companies have begun to work with Virgin Hyperloop to set up transportation systems in other nations. The first of the hyperloop systems will likely be built in the United Arab Emirates to connect the major cities of Abu Dhabi and Dubai–a transport line which was initially set to open before 2021, but has been severely delayed due to the COVID-19 pandemic. Another possible contender for the first hyperloop system is in India, where Virgin Hyperloop has gained approval from government officials to build a system connecting Mumbai and Pune.

Though it has recently gained significant momentum, the concept of hyperloop transportation has been around for several years. It was first described–with a modern basis–by Elon Musk in 2013, but even before then, the idea of low-pressure/vacuum tube transportation was used way back in 1864. The technology was incidentally utilized to push a wagon uphill for the London Pneumatic Despatch Railway. This pneumatic railway ran on the same low-pressurized tube idea which was the central part of Musk’s initial hyperloop idea, and an integral feature of the current projects. Despite this history, the technology has been highly underdeveloped up until the past several years.

Only recently, Virgin Hyperloop held the first successful human trial in early November from a testing facility in the desert outside Las Vegas. In the trial, the hyperloop pod reached a speed of 107 mph in about 6.25 seconds, and covered a track of 500 meters (about 0.3 miles) in just 15 seconds.

“It felt not that much different than accelerating in a sports car,” assessed Josh Giegel, co-founder of Virgin Hyperloop and one of the test-riders for the technology.

Both volunteer riders agreed that the ride was quite smooth. This is due, in part, to the lack of lateral movement that is associated with riding an airplane, as well as the heavily reduced friction needed to reach such a high velocity. Even though the speeds reached in the trial are only a fraction of those which the hyperloop technology is expected to reach, Virgin Hyperloop passed a major milestone in the process of transportation development, and the trial was overall incredibly successful.

Hyperloop technology, if commercialized, may just be the first major transportation shift in over a century, and could potentially pave the way towards other science fiction dreams. As humans look for bigger and better ways to reach new velocities, maybe one day the possibility of man achieving light speed won’t be so impossible.