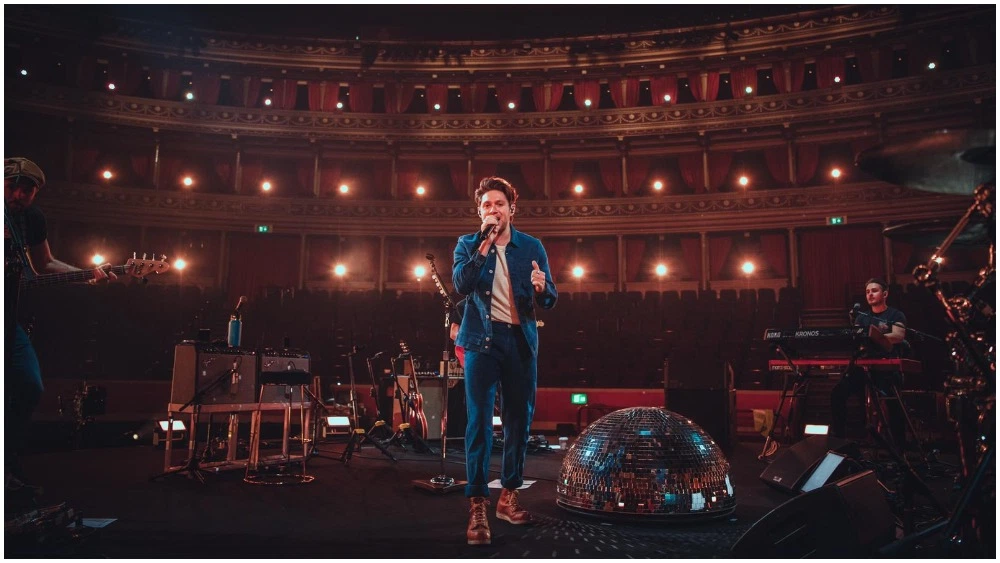 In these treacherous times of a pandemic, one of the things that many, including myself, miss most are concerts. My favorite singer, Niall Horan, offered a virtual concert on November 7. He performed from the famous Royal Albert Hall in London.

The show was about 70 minutes long and began with “Dear Patience,” which is a song on Horan’s new album “Heartbreak Weather.” Horan played a few songs from his first solo album, “Flicker,” but most were from the newer one. I stood up to have fun, and the concert was amazing. Another singer, Ashe, came on later and they sang her hit song “Moral of the Story,” which Horan is featured on.

Before his solo career, Horan was in the band One Direction. I was able to see One Direction twice, and Horan solo three times.  I was lucky enough to be able to meet him as well. I also have been to Hot 99.5 Jingle Ball where I saw him twice. The virtual show and live shows were very different; an obvious one being that we could only see him through a screen. Along with that, I was not with anyone in my room. Furthermore, Horan mentioned that he wished he was able to sing more songs at this show, just like he does in his in-person shows.

While the experiences were very different, I have learned throughout this pandemic to make the best out of hard situations. While I was in my room alone, my friend Gwen was watching at the same time so we talked about it once it was over. She was also very pleased with the show and the opportunity to watch him during this time. At the end I even printed out the virtual ticket just for fun. The show was for a good cause, and it was amazing being able to hear him sing again.

Tickets were only $16, and there were several different time slots to choose from, depending on which made the most sense for the time zome where one lives. All of the money raised was shared between Horan’s touring crew and the #weneedcrew relief fund. In addition to tickets, merchandise was available for purchase order to raise more money.

I received an email offering a pre-sale, so I purchased the tickets on October 15 instead of October 16 for the 8:00 p.m. time slot. While I understood this virtual concert was going to be very different from the in-person ones, I was elated with this opportunity to hear him sing his songs. I was supposed to see him at Capital One Arena on April 27, but his tour got cancelled due to Covid-19.

On November 7, about one hour before the concert, I received an email with the link to the stream. To have some normalcy and fun, I dressed up and had my computer all ready a while before it began. Once 7:57 p.m. hit, I clicked on the stream and waited for it to begin. Due to the live concert starting earlier for certain countries, the show was not live for the U.S. time slot; however, I did not care.

Overall, 130,000 people from all around the world viewed Horan’s virtual concert. Even if something is different, it is always important to make the best out of it and have some fun. It was a great idea of Horan to raise money for charity during this hard time, as many crew members are not being paid. If any other artists put on virtual concerts like this, I encourage all to attend and donate if they can.