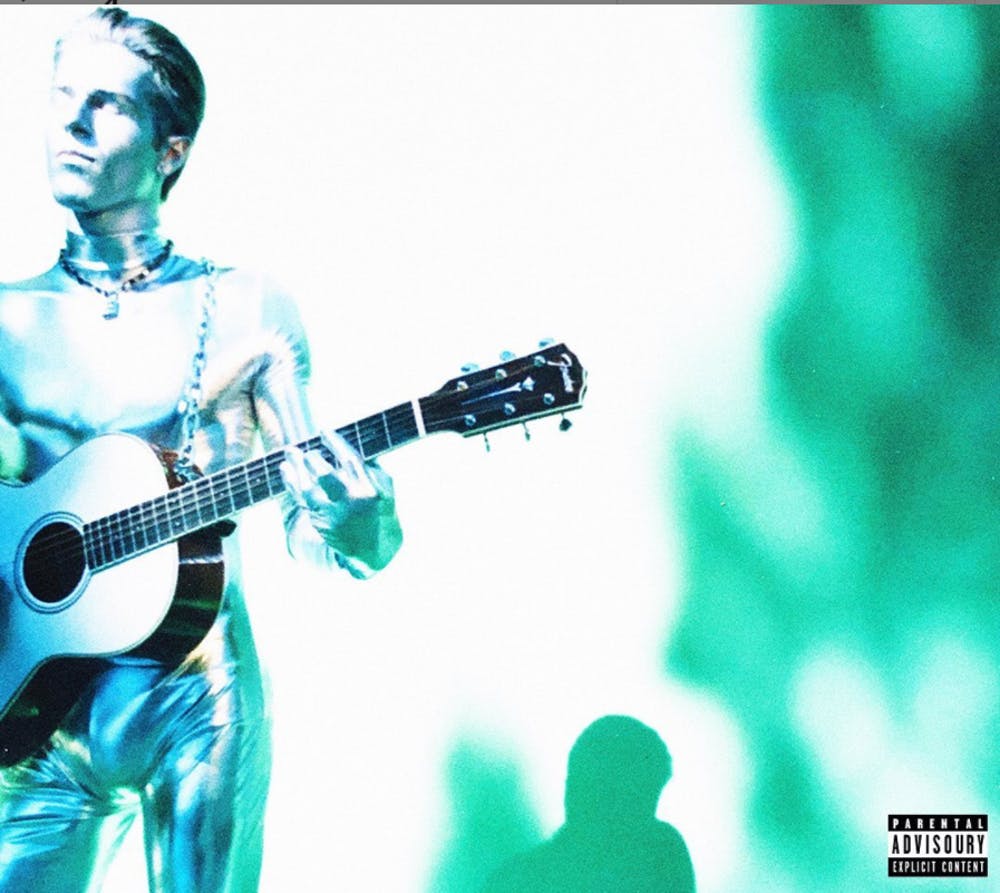 Alternative indie rock band The Neighbourhood, known for their 2013 hit “Sweater Weather” released their fourth studio album entitled “Chip Chrome & The Mono-Tones” on September 25. As a whole the album carries a very dystopian and futuristic inspiration as the frontman Jesse Rutherford takes on a character Chip Chrome, akin to David Bowie’s Ziggy Stardust. This Chip Chrome character is clad in a shiny all silver getup and represents a persona struggling with the loneliness that an internet addicted personality brings. The band had been wanting to perfect their shift to more experimental music, blending multiple genres and sounds which is evident in the tracks and theme of this album.

The 11-track album begins with a 30-second interlude with typical movie-like sci-fi noises which makes listeners feel like they are about to enter an extraterrestrial world. The next five songs following this interlude are singles released in August (with the exception of “Lost in Translation” which came out on September 24) prior to the album drop.

A strong start to the album, “Pretty Boy” is a very slow paced romantic ballad in which Rutherford sings of everlasting love even through inevitable death. It’s a very simple song in terms of its straightforward lyrics, soft drum beats, and guitar riffs but effective in its heartfelt lyrics and soothing vocals. “Lost in Translation” stands out with its unexpected switch from a slow tempo sample of  “Wish That You Were Mine” by soul/R&B group The Manhattans, to a very upbeat funky pop instrumental. Despite the song having a fast paced and spirited tune, the lyrics convey themes of struggling to establish communication and feeling stuck in the cycle of playing a game with another person. This song represents exactly the seamless blend of sounds the band has been striving to accomplish.

“Devil’s Advocate” is unique from the first few songs in its darker, groovier bassline and snippets of electronic sci-fi sound effects which were to be expected throughout the album. It’s a sheer contrast from the earlier lighthearted and dreamy tunes as it features more of a distorted hip hop and rock melody.

“Hell or High Water” introduces a sort of tuned out country folk but honestly missed the mark as on the first listen the guitar instrumental is reminiscent of the Spongebob Squarepants background theme. Although the lyrics are genuine and talk of conquering adversity to reach success or “high water” they are still underwhelming as the song essentially repeats the same basic eight lines.

“Cherry Flavoured” is a lulling mix of dream and indie pop along with the band’s usual laid back lyricism. It incorporates a similar soft drum beat which was heard in the first half of “Pretty Boy” but with a focus on heavy reverb on the acoustic guitar and vocals. Interestingly, this song also parallels one of their songs from 2014 called “Afraid” in which Rutherford says, “Sell your soul, not your whole self.” In “Cherry Flavoured” he sings, “I sold my soul, a long time ago. I feel like a ghost now,” leading listeners to infer he’s made some regrettable decisions to get to where he is now and is fighting to grapple a hold on reality while also dealing with substance abuse.

“The Mono-Tones” is the second short interlude with a bizarre autotuned voice babbling about conflicting voices in the lead singer’s head and feeling overwhelmed with the noise around him. “BooHoo”, one of the weaker tracks, is another techno hip hop track with distinct upbeat synth beats that almost distract listeners from the lyrics which reveal the lead singer’s insecurities in his own relationship. “Silver Lining” is an enjoyable track with a very relaxed indie rock sound, once again including the reverbed acoustic drum and guitar so heavily used throughout the album as Rutherford sings of being worn down and feeling like an era is coming to an end (as this is their last album with record label Columbia).

“Tobacco Sunset” and “Middle of Somewhere” are the last two heartfelt ballads which carry similar mellow tempos and introspective lyrics concluding the album on a bittersweet and nostalgic note.

This was a shift into new territory for the Neighbourhood, being a lot more experimental than their previous albums. Although many of the songs are easy and soothing to the ears, at times the songs seemed to blend together leaving only a couple to really stand out. Definitely a solid and not a particularly unpleasant album, but not one that prompts a lot of deeper thinking or leaves a standing impression on their discography as a whole (despite the few exceptional singles). Still, this album showed a lot of maturing from their earlier music and leaves fans in wonder of which direction their music will continue to go in.