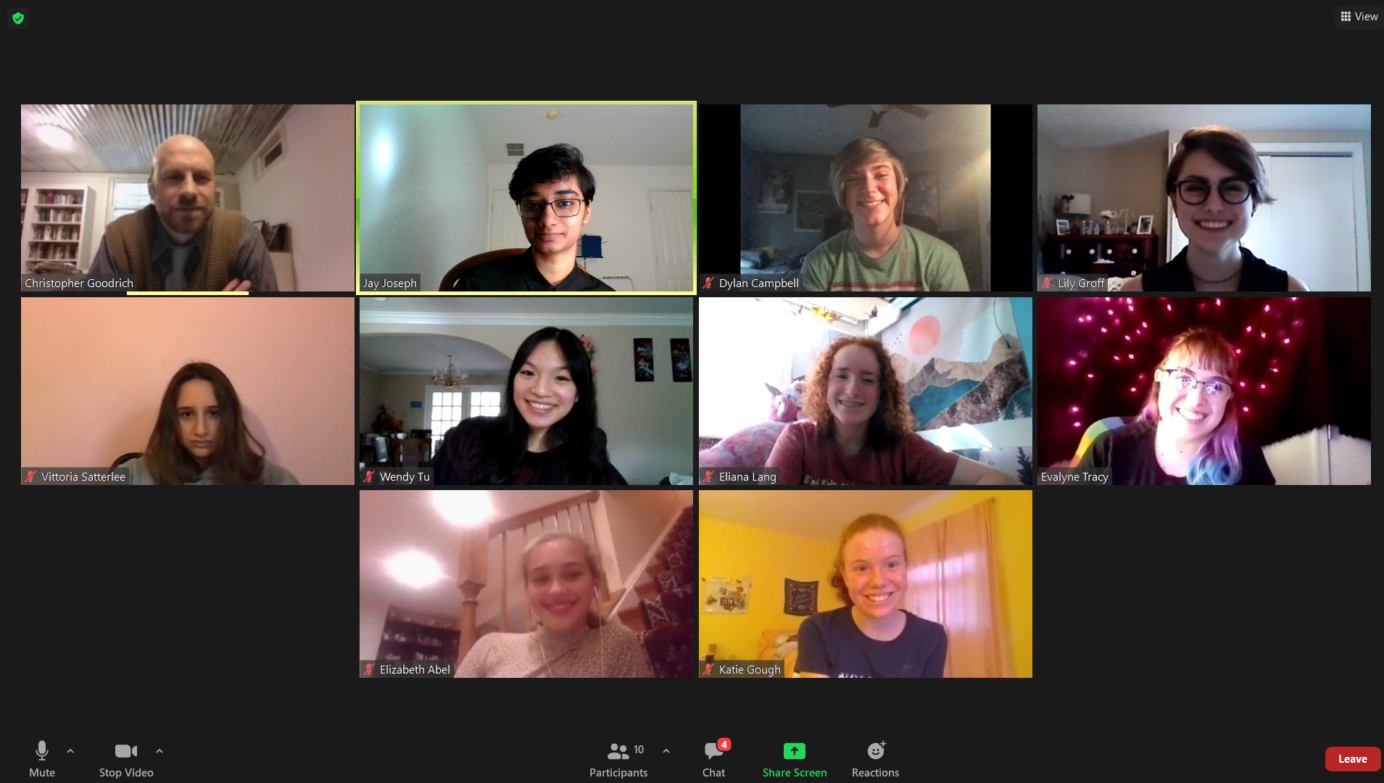 After placing first in Montgomery County’s Forensics Finals against 21 other schools last year, Sherwood’s Forensics Team had high expectations for the new school year, virtual or not.

Upon first hearing the word Forensics, one may think the club focuses on criminology. However, “the Forensics club draws its name from the debate and speech aspect of the word,” according to club president Dylan Campbell. By that definition, Forensics involves the study and practice of public speaking and debate. Its members participate in events ranging from poetry and prose to original works and ensemble acting.

That said, the Covid-19 pandemic posed a unique obstacle for the club. Public speaking was no longer possible: members could neither present their pieces nor compete in-person. As a result, the club switched to performing over Zoom calls and submitting recordings for the qualifying tournaments.

The club’s organization has allowed them to succeed during virtual learning. They used a Google Classroom to schedule Zoom calls where members perform. During these calls, they receive advice and encouragement from their peers and Forensics coaches, English teacher Chris Goodrich and English Composition Assistant Evalyne Tracy. The team also made a Flipgrid and group chat so that students can share their pieces with other members to discuss and improve their performances outside of school hours if they weren’t able to make the Zoom calls. These precautions helped solve the scheduling and Zoom call issues that many have struggled with during virtual learning.

“I honestly think we are doing well given the circumstances. We have more team members this year than we did last year and everyone seems to be participating a lot every meeting we have, “ explained Campbell. The team had managed to recreate its fun and welcoming environment virtually, allowing socialization in a time where it is scarce.

The increase in members, though, is due in part to the club’s Instagram page, where Sherwood students can find out more about the team. Sophomore Lizzie Abel followed the page on Instagram and decided to join this year. “The meetings, though virtual, are loads of fun, and the teachers are doing a great job of helping [the team] prepare for the upcoming competition,” said Abel.

The team would like to remind students that participating in Forensics can help one overcome their fear of public speaking while having fun and making friends.The first qualifier tournament is this Saturday, October 24. The club aims to do well in the qualifier and maintain their title as the number one team in the county.