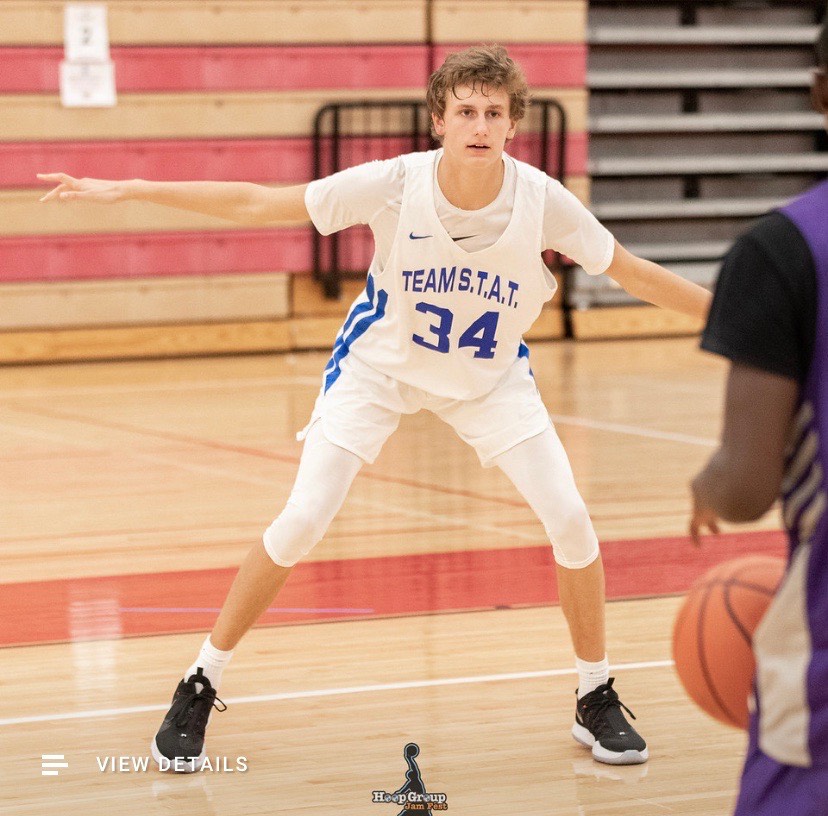 As sports have made their return across the country and globe, there has been one group of athletes that’s been heavily neglected: high school athletes. Professional sports have finished out their seasons, college sports are coming back in waves, yet nearly 40 percent of high school athletes nationally are not playing this fall, with an even higher number having restricted Fall seasons. Maryland was not spared and neither was one of Sherwood’s most promising athletes, senior Nick Wilson, who likely will miss out on his final season of high school basketball.

Wilson plays for the AAU Team S.T.A.T., which finished the 2019-2020 basketball year ranked 24th in the nation. Wilson and his team have traveled all across the country, going from New York to Florida to play in tournaments, facing some of the best prospects in the United States.

While Wilson was able to play for Sherwood this past winter, his extremely important AAU seasons were drastically impacted by the pandemic. Like the rest of the country, Wilson had his Spring season cancelled, as well as part of his summer season. Wilson and his team were able to have occasional team workouts and practices to keep the team in shape, and practices closely followed all Covid-19 protocols in order to keep all players and coaches safe. Luckily, part of Wilson and his team’s summer season was able to be salvaged, as well as having other games and tournaments pushed back into the fall. As a way to get games in and make up for lost time, Team S.T.A.T. had to think outside of the box to get back on the court.

“Most, if not all tournaments, were changed in venue from most states to Pennsylvania because they would allow indoor competitions, unlike the majority of other states,” recalled Wilson. “The tournament holders had to keep minimum capacity at all times and sanitized benches, balls, and pretty much everything before every game.”

The spring and summer seasons leading into senior year are the most important for players trying to get college looks. Not only did the NCAA declare dead periods for coaches to reach out and contact players, but even once coaches were able to contact players, state and local restrictions prohibited coaches from actually going to games. “Our personal and team rankings would probably have drawn more attention if coaches were able to watch live and in person,” said Wilson, who also believes that a coach can’t get a good view of a player through a “blurry live stream” instead of watching them live.

These restrictions to recruitment have led to some blows to Wilson’s efforts in being recruited. Sites like Hudl (which show player’s game film and highlights) have been vital for players like Wilson to generate interest from schools as well as getting looks from coaches. Wilson’s recruiting efforts have been somewhat successful in that he has been in contact and met with several Division II and Division III schools, but is yet to announce his commitment to a program.

Despite the setbacks incurred by the coronavirus pandemic, Wilson is happy to be back with his team and to be playing the game he loves. “We were able to get some games in, but there are plenty of other teams that still haven’t returned to playing since everything was cancelled back in March,” said Wilson. Even though his senior seasons have not gone as planned, Wilson is excited for what the future has in store for him.