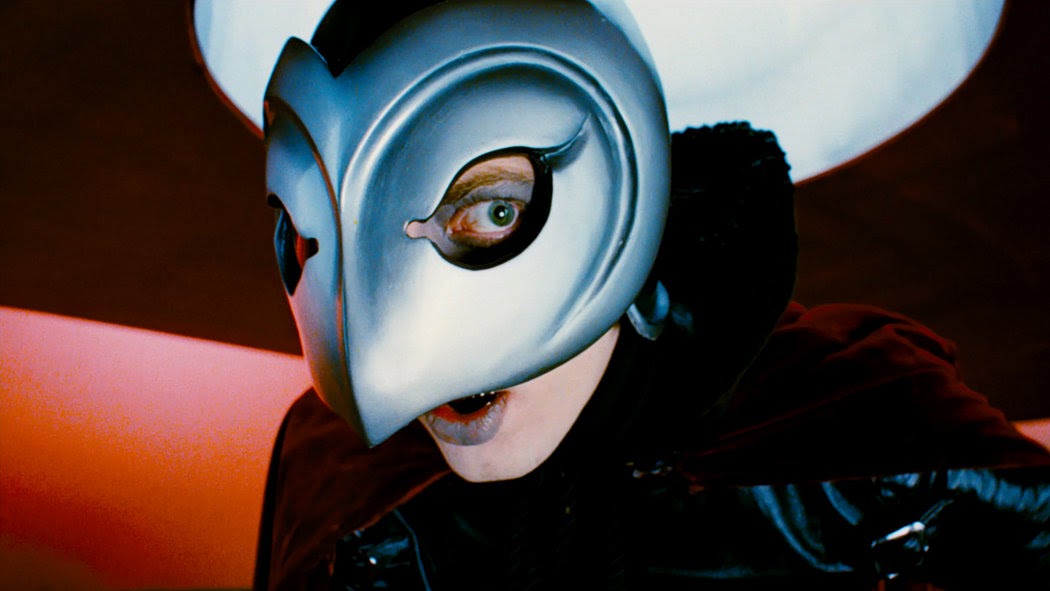 Halloween is upon us. A time of ghosts, ghouls, and goblins. People are still confined in their homes and aren’t able to fully participate in the holiday as in previous years. Therefore, everyone will have to make due with what they have, such as candy, pumpkins, and of course, horror movies. The 1974 cult classic film “Phantom of the Paradise,” written and directed by Brian De Palma of “Scarface” and “The Untouchables” fame, is a fun and campy ride. I use “horror” rather loosely, as it is also a comedy, musical, drama, and romance. It tries to do a lot of things at once, and succeeds quite well in that regard. For those familiar with “Rocky Horror Picture Show,” it is in a similar vein to that, albeit more dramatic. These types of B movies typically aren’t discussed as much as bigger, more well-known classics are, so shining a light on this one in particular seems appropriate.

It’s loosely based on “The Phantom of the Opera,” “Faust,” and “The Picture of Dorian Gray.” and meshes many of the themes and plots from those classic works to great effect. Like Faust, a central component of the plot is a pact made with the devil and the ramifications of it, and the music itself is written as a rock opera of Faust. The movie plays around with a few different musical styles. It opens with a 1950s style rock song, followed by a ballad, a Beach Boys style song, then glam rock. There is not one concrete “sound” the movie exhibits besides being very rock oriented, which was the goal.

The story deals with songwriter Winslow, who has had his music stolen from the evil music producer, Swan. Now deformed, Winslow seeks revenge against Swan. The premise is simple, yet the execution makes it a very engaging experience. The most prominent theme in the film is its contempt for the music industry and its turbulent relationship with creativity. What’s so great about the film is that it can be watched in both a serious and non-serious way. Despite the fact that it was released almost 50 years ago, it still holds up to this day.

It’s stylized in such a way that is remarkably over-the-top, and the use of solid bright colors is pleasantly striking. Its blending of horror and comedy is especially done well. There’s a scene that evokes imagery of “Psycho” but goes into a completely different direction with a plunger. The tone is frenzied and chaotic, and under a different director it may have very well been a disaster. In De Palma’s hands however, he succeeded in creating a cohesive ride. Keep in mind, you don’t watch this movie for the acting, especially when the lip syncs don’t always line up. However, this seems to feed into the general aesthetic and watching experience. It’s a treat for the senses. Just like “Rocky Horror Picture Show,” it was considered a commercial failure and bashed by critics when first released, but has now attained a cult status. Most notably, Daft Punk has cited the film as one of their biggest influences and Winslow’s outfit is what inspired their personas.

“Phantom of the Paradise” is quirky, fun, and poignant. For fans of Brian De Palma, “Rocky Horror Picture Show,” B movies, or simply musicals, this film is a must-see.