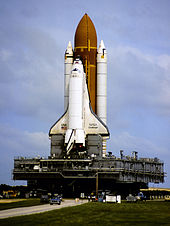 Although the assassination of John F. Kennedy in 1963 and the 9/11 attack in 2001 are often thought of as the most traumatic tragedies in modern American history, the explosion of the Challenger space shuttle shook the American public when it happened. In 1986, a space shuttle carrying six astronauts and a teacher exploded 73 seconds into its flight on live television. And now, 34 years later, Netflix has put the spotlight on the event again, making the tragedy the focus of its latest documentary.

Throughout the span of its four-episode run, the series tries to connect viewers to the evolution of NASA, as the space agency tried to appeal more to the everyday citizens of America, diversifying space crews and even adding a seventh spot for the 1986 launch, one that would be filled by the first civilian to attempt space travel. High school teacher Christa McAuliffe was selected to be that civilian, and the series showed that she was the perfect person to do it. Through interviews with her family, former NASA employees, and footage throughout the preparation of the launch, viewers can tell that her bright, energetic personality was one that would help NASA to market itself as a federal agency that could evolve beyond its heyday in the 1960s.

The series very effectively shows how emotional some of the family members of the crew and NASA engineers still are. Everyday, they have the explosion on their minds, constantly wondering what could have happened if the flight had gone differently, or maybe, if NASA had been less arrogant and listened to concerns about the cold weather and its effects on the launch. The climax of the series comes at the end of episode three, and the beginning of episode four. This portion of the documentary devotes itself to showing the explosion of the rocket, and the instant reaction, from those who were there watching. It’s hard to watch, as the audience, including families of the astronauts, witness the disaster.

The documentary reminds viewers of an important historical event but might bore some teen viewers who aren’t usually interested in the past. However, the event, and its implications on NASA, seem to be an unknown with today’s generation, which is the opposite of what it should be. The failure of the Challenger launch needs to be remembered as one of the most tragic days in American history, and hopefully, this series can remind our country why the event was such a big deal at the time.