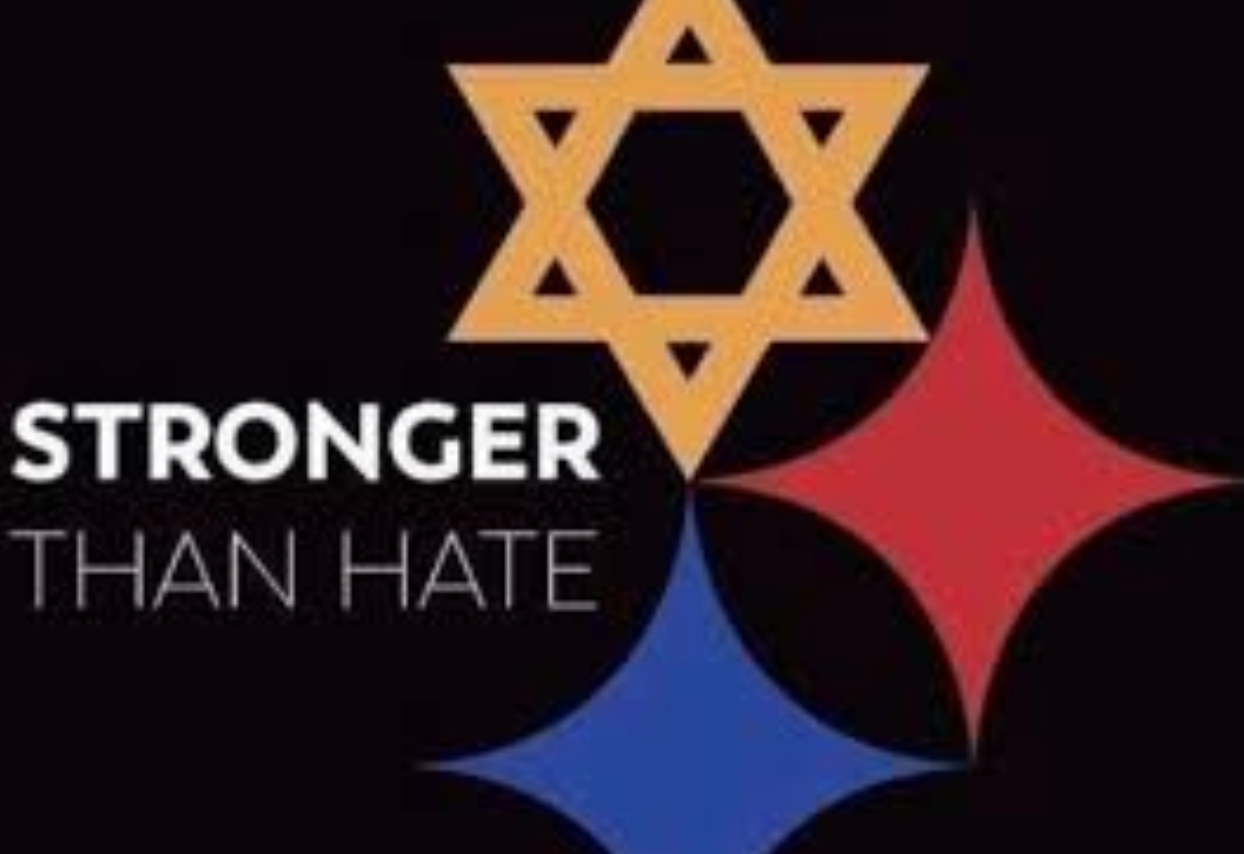 On October 27, 2018, an assailant opened fire on the congregation of the Squirrel Hill-located synagogue, the Tree of Life, or L’Simcha. On that quiet, rainy morning, eleven people lost their lives, and the Pittsburgh area, even two years after the fact, is still reeling from the blow of the single deadliest hate crime against the Jewish population of the United States.

Squirrel Hill is one of the country’s most predominantly Jewish communities, with dozens of synagogues, kosher eateries, and kosher bakeries. Hundreds of people turned out in the rain that Fall day in 2018 in interfaith vigils to pray for the wounded and to mourn the dead. Signs were put up in every store window, even the faceless conglomerates. Eleven candles on a blue background. Stronger Than Hate signs, T-shirts, posters. Eleven people, but it seemed like so many more had died. The impact on the community was enormous, and we still feel it today, in positivity posts on social media imploring people to bring down white supremacy and declare their hatred for Nazis, to be respectful of Jewish people, and to repost that slogan, Stronger than Hate. The Steelers logo, three stars, yellow, red, and blue, touching in a semicircle, next to the team name, has been replaced by a Star of David touching the red and blue, the Stronger than Hate replacing the Steelers.

I still remember finding out what happened. We were going shopping and had stopped at Starbucks. My mom paid for the coffee, and next to the register, I noticed a stack of newspapers. Eleven dead in fatal shooting in Pittsburgh, the headlines blared. I didn’t even notice it until my mind clicked an hour later. We had a Pittsburgh trip planned in a few weeks. My father’s family has lived there for generations. Two weeks later, we’d made the four-hour drive up to Pittsburgh and stowed our luggage in a hotel. I can remember pulling up in front of the synagogue, laying down a card we made, a painted rock, piles of dead flowers, cards, candles. Signs with painted names and photos of each person who died. None of them meant anything to me–I knew none of them–but what made me cry was the thought that every single one of them had gone to synagogue that day expecting to come back. Maybe there were bagels and lox waiting for them, for their families. Still sitting on the dining room table as the police sirens blared and dragged the shooter away, leaving eleven dead and a community ripped apart.

What stands out to me most clearly about that day was this. A tall African-American woman in a shiny coat and silver heels, standing over six feet in the whipping wind, holding her sign that said Stronger than Hate. I wanted to talk to her, tell her how amazing I thought she was, but I was standing there, red-faced, crying. How could I approach the unapproachable? Cars were rushing by her, the updraft almost ripping her sign. Some slowed; honked. Most didn’t. Then the tiniest lady I’ve ever seen, wrinkled and pale, tottered up to her. “Let me hold that sign for a little while, dearie,” she said. “You’ve been out here for a long time.” She accepted the sign, balancing it on her walker. “I don’t know if I can do this anymore,” I heard the first one say. I felt like a criminal, seeing something I wasn’t meant to see. The tall woman was crying. “We keep saying it’s stronger than hate but it ain’t. Our Steel City is broken.”

I left after that. I don’t know what happened.

Pittsburgh has been affected so much by the Tree of Life shooting, but the rest of the world seems to have moved on, forgotten them entirely. Squirrel Hill–the whole of Pittsburgh, almost– exists in its own little bubble of grief, waiting for someone to remember them, but no one does. Overtures were made, of course.  Members of a group from the site of the Sandy Hook shooting came to Pittsburgh, bringing with them a package. Seeds that had been given to them by yet another victimized community–Columbine. The grief that we still carry is a tangible reminder, but it also serves to underscore how little has changed since the 1999 Columbine shooting. In a 2019 press conference, Jonathan Perlman, a rabbi at New Light, which was one of the three congregations worshipping at the Tree of Life at the time, made several requests, the most pressing one asking state and national governments to “finally take action on gun control—which they promised us.” None of his requests have come to pass, as local and national efforts to have increased gun control have stalled.

America seems to have been desensitized to grief as, after a tragedy, media hawks beg for interviews and then leave with the spotlight. Their cameras pressed down on the ancient boards of the creaky Squirrel Hill houses and then vanished to the scene of the next tragedy just as quickly as they had come. We have forgotten the meaning of trauma. Two years later, Squirrel Hill still hasn’t moved on with the rest of the world. As the United States turns away from the damage it has caused, Pittsburgh, at least, will remember. Let’s do our best in the days ahead to support them as we come up on October 27.