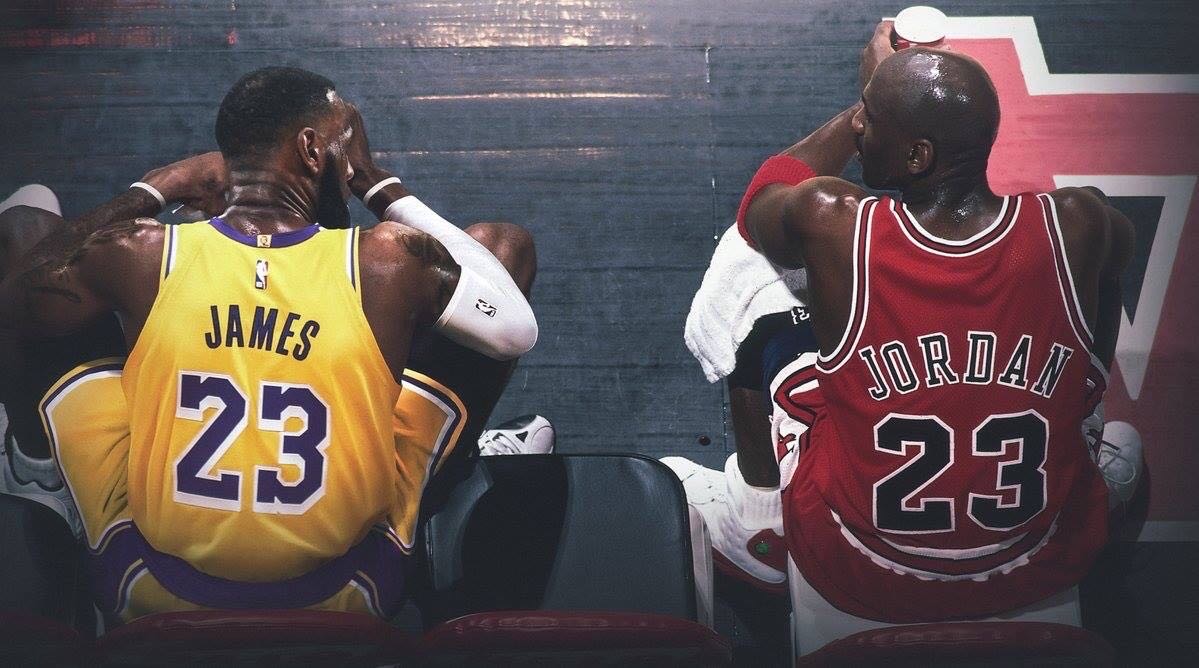 It is the belief of many passionate basketball fans that Michael Jordan was better than Lebron James, and after Netflix’s recent documentary, “The Last Dance,” which gave an in-depth look at the legendary career of Michael Jordan, it is hard to argue otherwise. Although many believe Jordan is the undisputed greatest basketball player to ever walk the earth, I believe it’s an even tie.

When debating who is the greatest basketball player ever, there are many factors to take into account. Not only do you have to look at the individual player being discussed but also what is around them. Their teammates, coaches, the overall organizations they play for. James has been to 10 NBA finals in his career, including 8 consecutive from 2011 to 2018 playing with both the Heat and Cavaliers. James has won 40 percent of the time in those finals appearances, compared to Jordan’s perfect record in six finals. James was stuck with a horrid organization in the Cleveland Cavaliers to begin his career. He was given almost no help around him and was still able to carry his team to a finals in 2007. Since then playing with the Heat, Cavaliers again and now the Lakers, James has been in better situations with much more help around him. He has played with the likes of Dwayne Wade, Chris Bosh, Kyrie Irving, Kevin Love and now Anthony Davis. Once James was able to garner help around him, he has been wildly successful. Despite the Bulls being a mess when Jordan was drafted, owner Jerry Reinsdorf sought to change their fortune. Reinsdorf hired GM Jerry Krause, the architect of the Chicago dynasty, in 1985 a year after Jordan was picked. Krause drafted Scottie Pippen and Tony Kukoc and acquired other key players like Dennis Rodman, Ron Harper and Steve Kerr. Krause also made a very controversial move at the time when he fired Head Coach Doug Collins and promoted Phil Jackson who went on to lead the Bulls to six championships and is widely regarded as the greatest basketball coach of all time. Although James has been in good situations for most of his finals runs, Jordan was in the perfect situation for his run of dominance, a luxury James has never known.

There is one other huge factor in the Jordan/Lebron debate, and that is the eras in which they played. Jordan played in a tougher era of basketball, both in the actual physicality of the game and the level of competition. Jordan had to face Bird, Magic, Stockton and Malone, Barkley, Drexler–not to mention being roughed up by the Bad Boy Pistons. Not only does James play in a less physical era of basketball, his competition isn’t quite up to the level of Jordan’s. Although he has had to go through teams like the Garnett, Allen and Pierce Celtics and the Duncan and Parker Spurs, he has not had to constantly beat all-time great teams like Jordan did. James did however have to go against quite possibly the greatest or second greatest team of all time in the 73-win Golden State Warriors. Coming back from down 3-1 in 2016 was one of the greatest accomplishments for any player in NBA history. Jordan did not have to face Magic and Bird in their prime during his finals runs, however, he cleaned up against slightly weaker teams in the Suns, Rockets, Jazz and Supersonics. Not one time during all six championship seasons did the Bulls let a Finals series go seven games. James’ losses to the Warriors following their acquisition of KD are excusable in a way because no team in the NBA at that time was going to beat that team. However, James has had some inexcusable losses to clearly inferior opponents in the Finals. Both to the Dallas Mavericks in 2011 and to the San Antonio Spurs in 2014. Ultimately, James hasn’t succeeded as much against a slightly weaker competition compared to Jordan.