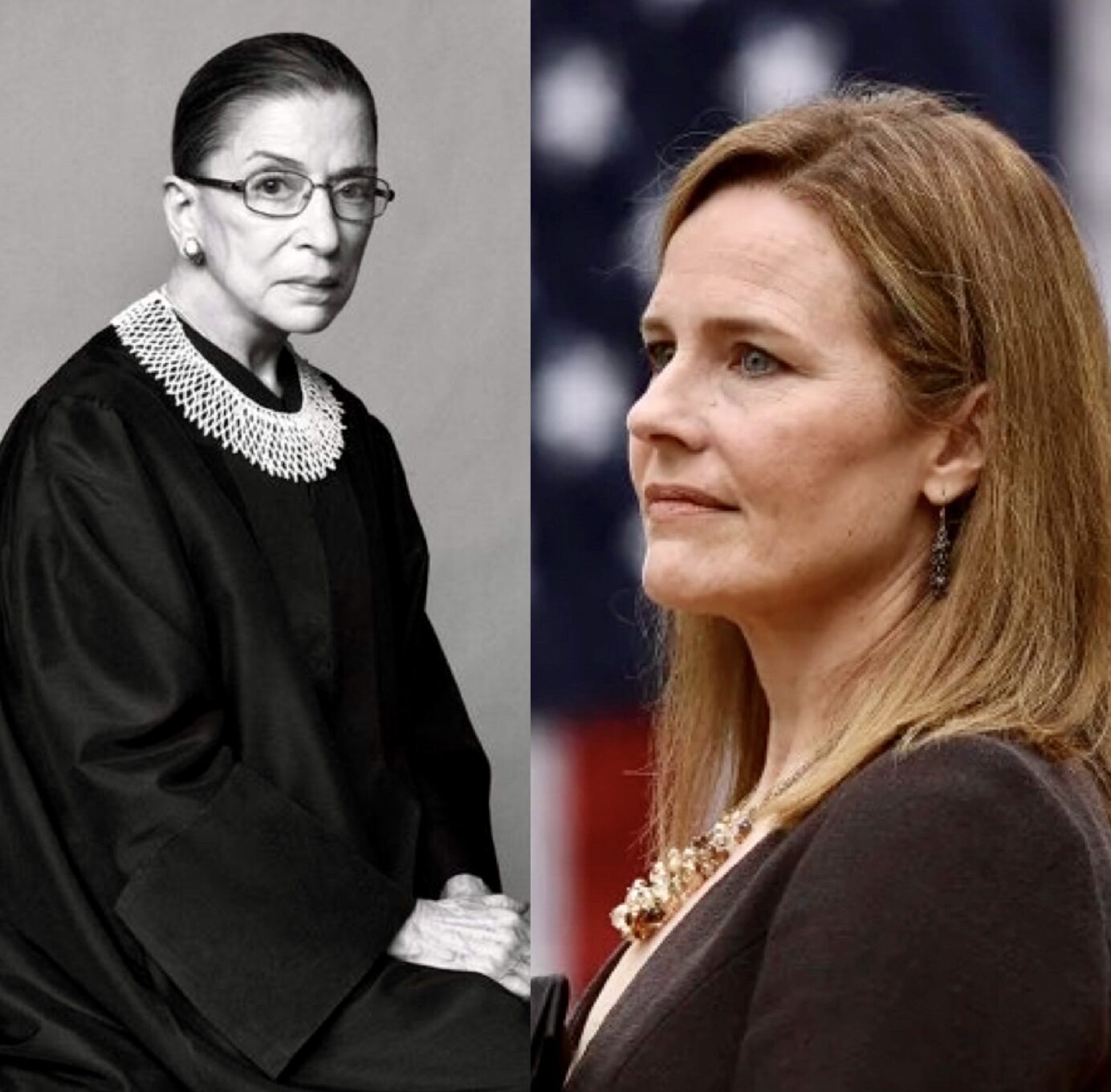 On September 18, tragedy struck the United States Supreme Court with the death of feminist and equal rights advocate Ruth Bader Ginsburg. Her seat has barely gone cold let alone collect dust, and now the Republican majority Senate wants to fill her seat to create a 6-3 conservative majority on the Supreme Court.

In the wake of Ginsburgs’ death, the country is torn with many in support of nominating a new justice before the 2020 election, and even more against. With the looming possibility of a 6-3 conservative majority on the Supreme Court, many basic rights lie in jeopardy. A woman’s right to choose, a right to health care, a right to a future on an environmentally viable planet, to list a few.

Many conservative organizations have said that this moment, the death of Ruth Bader Ginsburg, is what they have been waiting for. This is the time when conservatives finally have the votes on the court to overturn the landmark Supreme Court case Roe v. Wade, which legalized abortion across the United States in 1973. Not only is a woman’s right to choose in peril, but so is the future of the Affordable Care Act (ACA). With the upcoming Supreme Court case Texas v. The United States challenging the ACA, many could lose their health care. With President Trump’s nomination of Amy Coney Barret before the 2020 election, it would be extremely easy for the 6-3 conservative justice majority to strike down the ACA. This would collectively take away tens of millions of people’s Medicaid benefits, and more than 100 million people would lose protection for pre-existing conditions, according to Julie Rovner of Kaiser Health News in an interview with NPR News.

Coney Barret is a woman who has walked through every door that Ginsburg opened and will take away every last choice women have.

With the great potential of the Senate confirming the nomination of Coney Barrett to the court, not even John Roberts’s swing vote that saved DACA could save the overturning of Roe v. Wade. Fundamentally, turning over Roe v. Wade is against the implied privacy clause of the constitution, the same clause that protects people from unwanted search and seizures. With the very real possibility of Roe v. Wade’s looming overturn, many women would lose their right to privacy. No government should be allowed to dictate what can, and can not go on in a person’s body.

The current state of Justice Ginsburg’s open seat highlights the hypocrisy within the Republican party, along with their neglect of the morally right thing with only a mere month until the Presidential Election. In 2016, eight months before the 2016 election, former President Barack Obama nominated Merrick Garland to take the place of conservative Justice Antonin Scalia who died in February of 2016. Senate Majority Leader Mitch McConnell refused to hold hearings in the Senate saying that “The American people are perfectly capable of having their say on this issue, so let’s give them a voice. Let’s let the American people decide…”

It is clear that the Republicans in the Senate then and now do not and did not care about letting the voice of the people be heard. If they did care, McConnell would not be releasing a statement vowing that a Trump nominee “will receive a vote on the floor of the United States Senate.” A Republican majority in the Senate is more important to conservatives than letting the American people have a voice on who will sit on the Supreme Court.

A 6-3 conservative court with Coney Barret on it will affect generations. Generation Z will be forced to live in an America with a Supreme Court that does not reflect the ideals of the people. The highly conservative Supreme Court in America will force Gen Z to fight for every right and privilege taken away from them. The climate, reproductive rights, and health care could be in shambles by the time all of Gen Z can vote.

The only hope now, for America, for the next four years is to have a Congress with an overwhelming Democrat, liberal majority, and a president that mirrors that view. Ruth Bader Ginsburg’s legacy will live forever, for her work on the Supreme Court and her work for equality, but will Coney Barret tarnish Ginsburg’s memory?

In her last words to her daughter, Ruth Bader Ginsburg said, “My most fervent wish is that I will not be replaced until a new president is installed,” Congress and the American people should honor her only wish by not confirming Coney Barret’s nomination, and voting blue in this upcoming election.