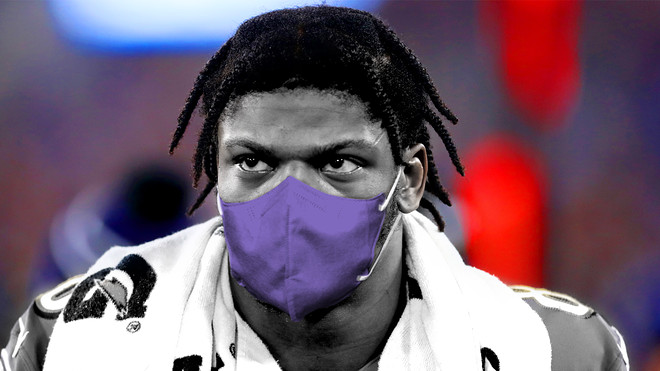 On September 10, the National Football League kicked off its 101st season, with the 34-20 win by the reigning champions Kansas City Chiefs over the Houston Texans, and the first one played in a worldwide pandemic. The NFL is the last of America’s major four sports to return, but was the only one to not have its start pushed back by the coronavirus pandemic. With a much riskier approach than any other American pro league, the NFL could end with the most normalcy in sports in a long time, or could end up with a disastrous cancellation of their season.

Similar to many other leagues, the looming threat of Covid-19 has forced some precautionary measures. Instead of a bubble like the NBA, or host cities like the NHL, the NFL’s plan is most similar to the MLB in which teams play a fairly  normal schedule in their own stadiums. The NFL Players Association agreed to new terms on July 24 to help minimize risk for the players, coaches, staff and fans. The main parts of the agreement included a format of a shortened training camp, which obviously started with a Covid test and the cancellation of all preseason games. For precautions during the season, players are subject to discipline from the league for any NFL for what is deemed as “risky behavior” a.k.a., parties or any large gatherings.  Players were also given the option to opt-out of playing this season, which at the August 6 deadline was headlined by Jets linebacker and Patriots linebackers C.J. Mosley and Dont’a Hightower. Notably, Chiefs guard Laurent Duvernay-Tardif, the only medical doctor in the NFL, opted out so he could provide medical assistance in his hometown of Montreal.  With his announcement Duvernay-Tardif said, “I cannot allow myself to potentially transmit the virus in our communities simply to play the sport that I love. If I am to take risks, I will do it caring for patients.”

Training camp ended smoothly with zero active cases of Covid -19 among players and personnel heading into the season. The NFL still kept procedures vigilant, by testing players 6 days a week (not including game days), slimming down and requiring masks of team’s personnel, and by partnering with Oakley to create face shields for helmets to reduce the risk of transmission between players. Teams themselves took matters into their own hands by not allowing tailgating and reducing stadium capacities from no fans at all to around 25 percent. If all the plans and precautions work, the season should go along smoothly and provide the country with some much needed normalcy. But a single outbreak within a team would completely disrupt the season’s schedule with the NFL’s lack of space for make-up games, and due to the closeness of the contact sport would likely lead to a rampant spread amongst players, which would likely end the season’s cancellation.