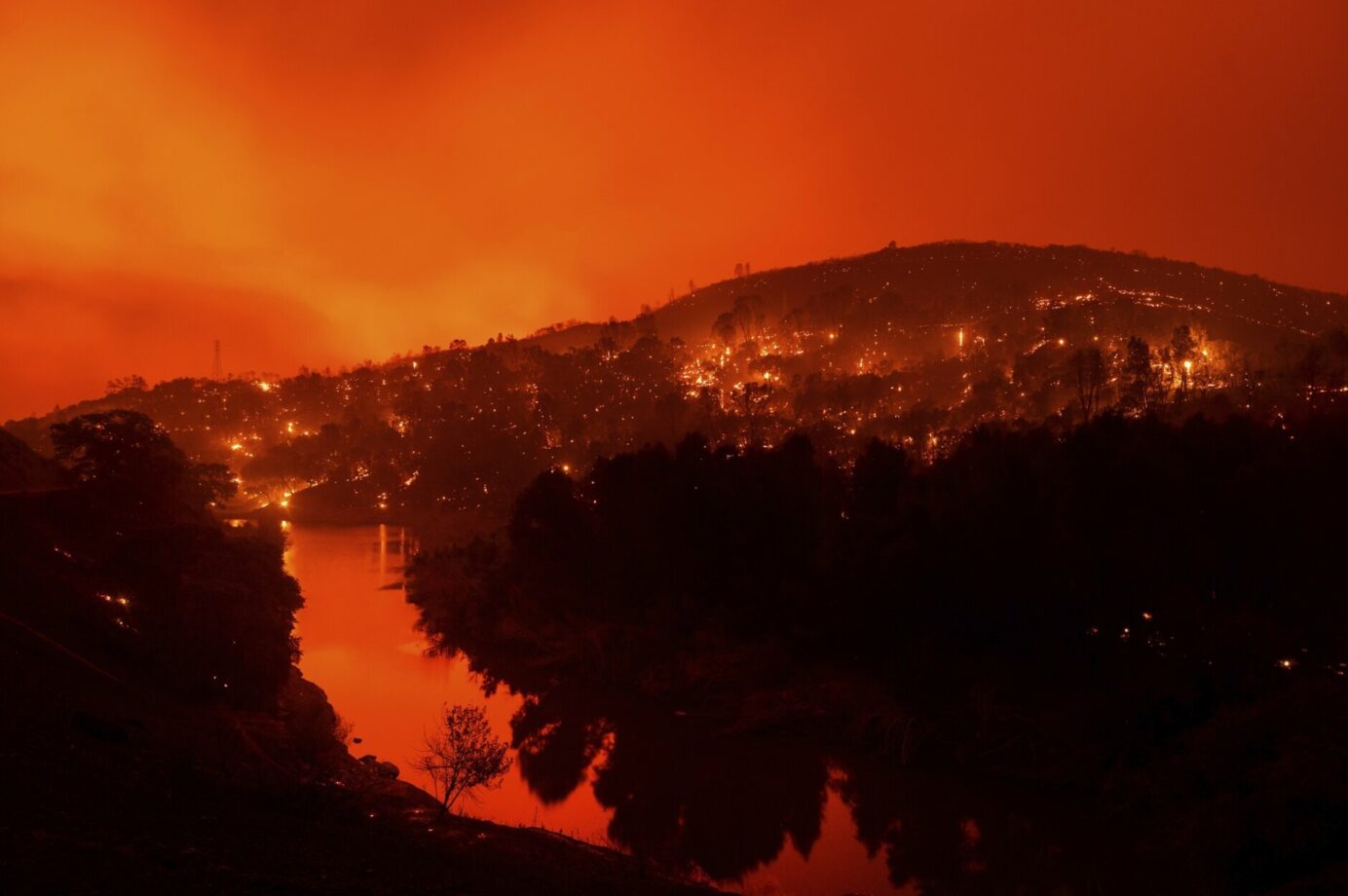 3,472,947 estimated acres burned. 6,223 structures damaged or destroyed. 25 people dead. These are the results of this year’s endless wildfire incidents in California, which have covered the state in a haze of smog. Climate change is not getting any better and these are the consequences.

Previously, the record for California’s largest wildfire had been the Mendocino Complex Fire from 2018, at a whopping 459,000 acres. But this record was passed last Thursday, as the August Complex Fire scorched a new record of 471,185 acres, according to the San Francisco Chronicle. As of September 19, the August Complex is one of 38 active wildfires, and has burned around 824,118 acres in the 33 days since its emergence.

Not only do the fires themselves pose an obvious hazard, but they cause an extreme decline in air quality. Wildfire smoke has been a large contributor to what is the worst air quality in decades. This problem not only affects California, where the bulk of these wildfires have taken place, but also may affect the rest of the U.S., and potentially regions of Canada. Giant smoke plumes from these enormous fires have the potential to reach farther than most people realized–and they did. Last Monday smoke plumes reached all the way across the continent to the Atlantic Ocean.

In large quantities, wildfire smoke can be extremely harmful, because it has the potential to spread miniscule particles that can cause inflammation throughout the body if they enter the bloodstream after being inhaled. Several times since 2015, scientists reported that very harmful levels of these particles were found in Napa Valley. One can only wonder how high these levels may reach in several regions after the fires of 2020.

Early this month, a PBS news report showed that 12 simultaneous wildfires had been burning throughout California, which led Governor Gavin Newsom to declare a state of emergency for five counties. Additionally decisions started to be made, beginning September 7, which would lead to the temporary closure of numerous national forests in Southern and Central regions in fear of this unprecedented level of fire risk. Eight out of the ten largest wildfires in Californian history have occurred within this past decade, and 2020 may be considered the worst year yet. As of September 19, California has experienced over 7,900 wildfires this year. Furthermore, the fire season itself is two and a half months longer than it used to be, with 500 percent more risk for wildfires.

The cause of the exponentially increasing frequency and intensity of the fires over the past decades is undoubtedly climate change, because California has gotten increasingly hotter and drier than ever before. Not only do these conditions provide the ideal environment for fires to thrive in, they also lead to extreme droughts. These droughts then cause more vegetation to die, which provides more fuel for fires. It all adds up to the perfect equation for countless strong, relentless, blazing wildfires to decimate the region.