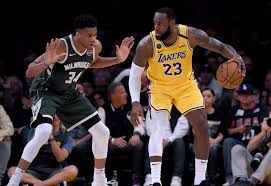 The NBA is back! On Thursday June 4, the board of governors voted to approve a plan to restart the 2019-20 season, which has been on hold due to the coronavirus pandemic. The league will resume play on July 31 with 22 teams making the trip to Orlando.

The plan includes the 16 teams who were in playoff position at the time of suspension along with the six teams within six games of playoff position. Those teams are the Washington Wizards, Phoenix Suns, Portland Trail Blazers, San Antonio Spurs, Sacramento Kings and the New Orleans Pelicans. Every team will play eight regular season games for seeding purposes and then if any teams outside the playoffs are within four games of the eighth seed, then they will participate in a play-in tournament for that eighth seed. The league will then play out the playoffs as usual with four rounds of seven-game series.

For basketball fans this is fantastic news as it has been almost three months without live sports. It will however be a different experience for viewers with there being no fans in the stadium. There has been some talk about possibly using fake crowd noise to make it more realistic for the players; however, it is yet to be seen whether that is a realistic possibility. Fans may even be able to hear the coaches and players on the floor without the presence of fans. Even though fans will not be able to experience this year’s playoffs in person, they will be able to catch all the games on ESPN, CBS and NBC. Commentators and all essential personnel will travel with the players to Orlando where they will stay in hotels and different disney resorts.

The games will be held at ESPN’s Wide World of Sports Complex in Orlando. There are three arenas where games and practices will be held. The HP Field House is the largest basketball venue. It has a broadcast-capable court and hosts college basketball games annually. The Visa Center and The Arena can both be configured to include up to six courts at a time each and like the HP Field House are also broadcast capable. The NBA will likely not have 13 games going at a time, but having that many courts available gives them flexibility when scheduling games and practices. The league is set to tip off on July 31 but has yet to release a schedule for games. Teams will play their first eight games over a span of two weeks, followed up by the potential play in tournaments and then the playoffs.

The almost four-month break has allowed many banged up teams to rest and get healthy. The Portland Trail Blazers, who sit just outside the playoffs in the Western Conference, will get their starting big man Jusuf Nurkic back after a leg injury that kept him out for over a year. Indiana Pacers star guard Victor Oladipo, who had just returned from a leg injury before the suspension of play, has had more time to rest and heal and should be able to give the team a lift as they look to compete for a title. Teams like the Wizards and Nets who have been without their stars all year may get them back for the resumption of the season. It still remains to be seen whether or not John Wall, Kyrie Irving and Kevin Durant will be able to return to their respective squads.

The resumption of the season allows for the top teams to come back and have a chance to compete for a title. The Bucks, led by Giannis Antetokounmpo, boasted the best record in the NBA and the Greek Freak was likely on his way to a second straight MVP before the suspension of the season. Now they will get an opportunity to also compete for a title as they are the favorites to come out of the East. Additionally, Lebron James and the first-seeded Los Angeles Lakers also benefit from the resumption of the season as this year may be Lebron’s best shot at winning another title. The Lakers will have to go through a tough Western Conference, led by the Kawhi Leonard-Clippers and small ball Rockets. The Bucks should be the favorite to win it all, however it is hard to count out Kawhi Leonard and Lebron James. A Lakers-Bucks finals or Bucks-Clippers finals is sure to go down to the wire.

There should be a lot of intrigue surrounding this year’s playoffs, as the NBA is the only of the major sports leagues to have approved a plan for the season. The competition should be fierce with everyone being rested after the hiatus and this may be one of the best playoffs in recent NBA history.