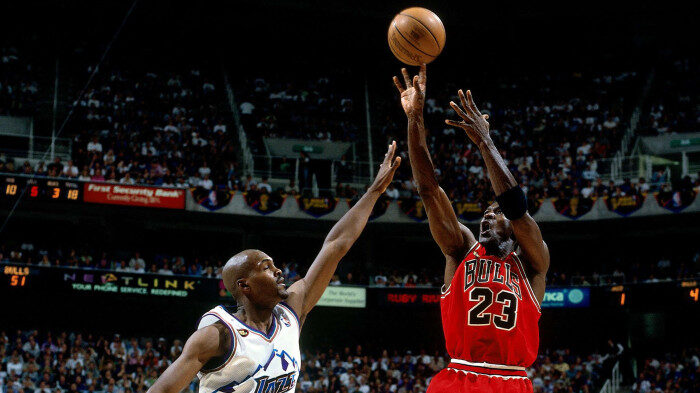 After five weeks and 10 episodes of ESPN’s newest documentary series, ‘The Last Dance,’ it feels like Michael Jordan has ended the debate as to who is the greatest basketball player ever. The documentary focuses on Jordan and the 1997-1998 Chicago Bulls searching for their sixth NBA Championship, while dealing with the inner turmoil that eventually tore the team apart. ‘The Last Dance’ also offers a lengthy amount of flashbacks showing how Jordan and the Bulls built their dynasty in the 90s.

Overall, the series is very well done, and director Jason Hehir deserves a lot of credit. Hehir, a director who had previously worked with ESPN Films, delivers his best work with ‘The Last Dance,’ showing viewers a side of Jordan that they may not have known was there. Throughout the series, it’s clear that Jordan changes over his NBA career, from a young budding star to a global icon, and in the end was a player who wanted to win no matter the cost. Some, including Jordan himself, thought he would be seen as a bad guy after the documentary aired, through the “hazing” of  teammates, along with his intensity on and off the court. However, through Hehir’s direction it feels like walking in Jordan’s shoes was an impossible task.

During the series, we see the hardships Jordan went through during his career, with the tragic loss of his father, pressure from the media, and life in the spotlight. That’s what drove him away from basketball during his first retirement. Yet, all of this is what built his legend. Could you imagine any other athlete building up a brand, winning three straight championships to retire and play another pro sport, where two years later they come back and do it all over again? It’s just unbelievable.

Another thing ‘The Last Dance’ does a great job of was not only allowing viewers to see Hall of Famers like Jordan, Scottie Pippen, and Dennis Rodman’s perspective, but also shining the spotlight on the role players that helped the Bulls become a great team. Players like Steve Kerr, BJ Armstrong, John Paxson, Toni Kukoc, and Scott Burell all had a chance to tell the world about playing with MJ. Not many people had ever heard of Scott Burell before the series, so it was probably a good thing that he got to tell the world that Jordan was dominant, but that it was still a team effort.

‘The Last Dance’ will be airing an encore presentation on ABC starting May 23, with two episodes each week. The series is also available on ESPN, ESPN +, and Netflix (outside the US).  Whether you’re missing sports right now or just want to see great personal drama, watch this enthralling documentary about a superstar who walked on air.