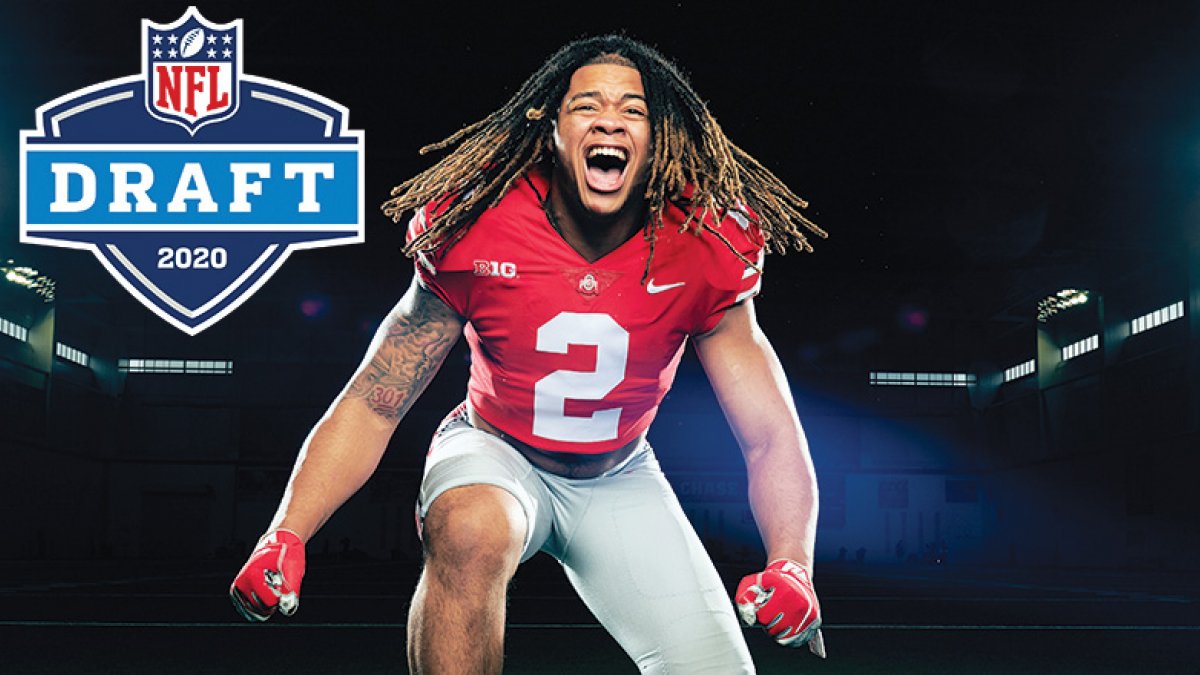 In what seems to be a never-ending nightmare, the world of sports is still at a halt. March came and went without its madness and April arrived with no MLB opening day and no playoffs for either the NBA or NHL. The last major event left in line was the NFL Draft. Now that the draft is completed, the expectations are only starting to begin. If the players don’t immediately succeed, they are labeled busts, no matter how talented the individual. Players drafted into unsuccessful and misrun organizations all the time and are at more than a disadvantage right off the rip. With that being said, let’s look at the best and worst player/team fits from the draft.

While the former Ohio State product would most likely wreck havoc for most defensive lines, Young is built for a 4-3 defensive scheme, the exact defense the Redskins will be running in the 2020-21 season. Washington’s new defensive coordinator Jack Del Rio has been around and coached many great all-time talents such as Khalil Mack, Julius Peppers and Von Miller. Young will be joining an already loaded defensive line and is the perfect final piece for Washington. It also doesn’t hurt he’s gonna be playing for his hometown.

After a long debate whether Miami would take Justin Herbert or Tua Tagovailoa, the Dolphins made the absolute right choice. Yes, Tua has serious injury concerns, but so did Drew Brees when they passed on him in 2001. With an established veteran in Ryan Fitzpatrick who can hold down the fort for at least a year, letting him learn and heal is exactly the system Tua needed to be in. Miami isn’t expected to win the Super Bowl in 2020, which helps keep the pressure and expectations around down for a year while Tua sits and learns.

The Colts didn’t exactly need a running back, but that didn’t stop the Colts from taking arguably the best running back in the draft in the second round. Taylor is the pure power workhouse the Colts have been looking for. With significant workload concerns from college, Taylor will benefit from splitting carries with the duo of Marlon Mack and Nyheim Hines along with one of the top offensive lines, if not the best in the NFL. After 2020, Mack will be a free-agent, hypothetically leaving the team for an extremely talented back with a year of NFL experience.

It should be well-known by now that Isaiah Simmons is a freak athlete, but without a true position, it’s hard to tell where he will be played. Simmons projects as a coverage linebacker because of his elite speed and size. However, the Cardinals already have veterans Chandler Jones and Jordan Hicks at linebacker, which could force Simmons into a role in the secondary considering Arizona needs help in the secondary. Simmons is better than the last do-it-all athlete to come out, Jabrill Peppers, but he could face avoidable early career struggles even with his mutant-like talent.

Chicago left the draft with ten tight ends on the roster. Clearly, at least half of those guys will be cut before the season starts up, but it still doesn’t make a whole lot of sense. The Bears signed veteran tight end Jimmy Graham to a two-year deal including a no-trade clause. With Kmet being the first tight end off the board in the draft, his projection is more than just a backup blocking tight end in the NFL. It should be interesting how long it is before Kmet is labeled as a “bust”.

The Eagles gave Carson Wentz a 4-year 128 million dollar extension less than 11 months ago. The need for a backup quarterback was a real need, especially considering Wentz’s injury history and inability to finish a season healthy. This doesn’t mean with the Eagles second choice in the draft that the hole should be filled then. Jalen Hurts has more than proven he’s a winning and capable quarterback at the two of the more prestigious college football programs, Alabama and Oklahoma. Hurts is only going to lessen his chances at a future starting job when Phily tries to put both he and Wentz on the field at the same time.