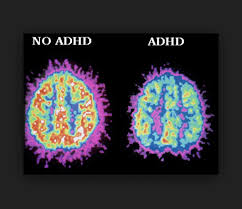 When I was about seven, I was taken to an office where a woman asked me a multitude of questions, and I took some tests. After we were finished, the woman told both of my parents that I had Asperger’s Syndrome and Attention Deficit Hyperactivity Disorder, or as it is more commonly known, ADHD.
After some time, I began to take medicine for my ADHD. That way I could keep it under control so I could pay better attention in class. But as it turned out, my ADHD medicine didn’t work. It didn’t really do much of anything, so we had to switch medicines. For most of my school career, I’ve been on and off around five to eight different medicines, none of which have been a very good fit. Either it made me feel sick, it did nothing, or it helped but the side effects were too much to bear. About two months ago I stopped taking any medication at all.

However, being unmedicated with ADHD is an uphill battle. Forgetfulness, a trademark symptom of ADHD, can cause students to lose track of their homework or classwork very easily. Their lack of attention and being easily distracted can severely impact their grades. If students can’t pay attention enough to take notes, they’ll probably fail the quizzes and tests. Restlessness in class could prevent students from sitting still.

Being medicated is much better, but it can come with the aforementioned side effects. Decreased appetite can lead students to miss lunch; headaches and stomach aches often distract students further. In some cases, students on medication can develop tics.
I have struggled with ADHD and the effects of ADHD medication for years, and I know for a fact that numerous students at Sherwood struggle with the same problems as I have. I hope that other students can be more aware of others that do have it, and react with patience and understanding.