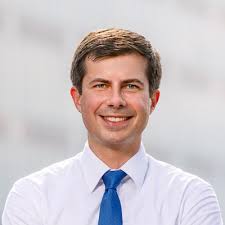 Pete Buttigieg (pronounced buddha-judge), the mayor of South Bend, Indiana, has formed an exploratory committee, the first step towards running for the 2020 presidential election. As a thirty-seven-year-old, gay Navy veteran and Rhodes scholar who graduated from Harvard, he is the anti-Trump.

He revitalized South Bend not through nostalgia or bringing back manufacturing jobs, but by developing a creative hub for tech start-ups. He also partnered Notre Dame graduates in STEM fields with the local government to prevent the rampant “brain drain” from the city and oversaw the razing or refurbishing of one thousand old homes in one thousand days.

Buttigieg understands that in order to affect lasting change like the rapid transformation he led in South Bend, he cannot do it himself. He partnered with industry and local government leaders and academics as well as the citizens in order to identify major concerns and come up with solutions.

This is a refreshing change from our current president who believes that any major success the government has was his doing or that for any major failure there is some group or individual to blame.

His youth and unfettered optimism is inspiring younger voters who want bold solutions from politicians who acknowledge that the country needs more than minor tweaks. Buttigieg wants to tackle climate change (which millennial voters see as the most dire threat to humanity and our country), make sure everyone has access to affordable healthcare, improve our infrastructure, and much more. But most importantly, he wants to redefine what it means to be free.

The conservative definition of freedom is limited in scope and lacks some important distinctions. “You’re not free if you can’t change jobs because you’ll lose your healthcare. And you’re not free if you can’t sue a credit-card company that’s ripping you off. And you’re certainly not free if somebody you’ve never met gets to tell you who you can and can’t marry based on their interpretation of their religion,” Buttigieg said.

A vote for Mayor Pete in 2020 is a vote for change, freedom, and hope for the future.