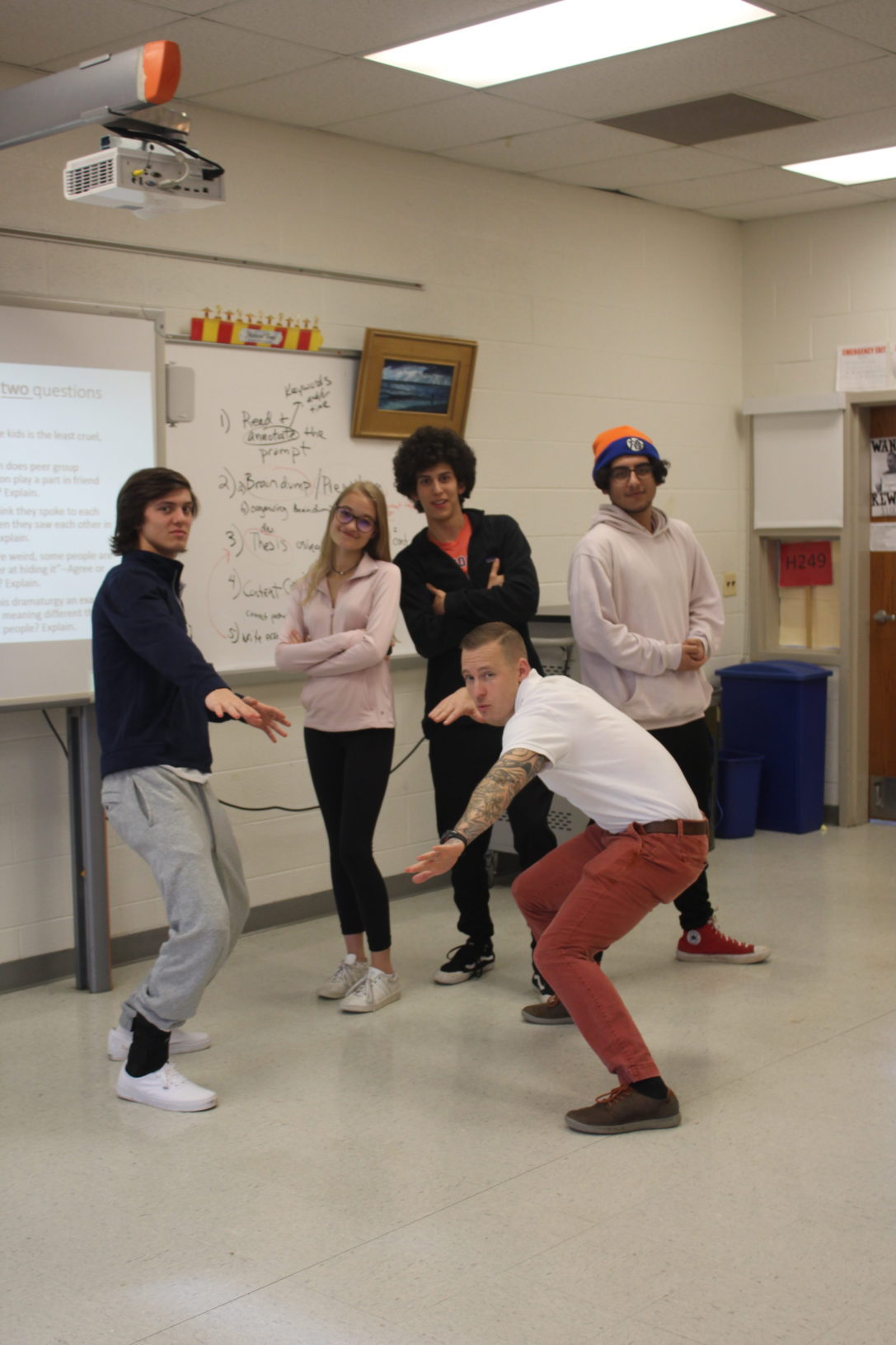 This article is intended as satire and uses the tools of humor, irony, exaggeration, or ridicule in the context of contemporary politics, current trends, recent school events, and other topical issues.

Some Sherwood students were stunned to find that one of their favorite social studies teachers, Joshua Kinnetz, was older than they had previously speculated. When Kinnetz offhandedly said his age in class, students almost immediately had their suspicions as to how he achieved his youthful looks. Some students, including myself and junior Lauren Loebach, interviewed Kinnetz in a later investigation on the subject. Kinnetz, hesitant at first, shed his own light on the matter, later revealing that he is, in fact, an immortal human being.

Kinnetz, supposedly born in 1979, initially claimed that he is, in fact 39 years old, yet it was later stated that he possesses the everlasting life that has been sought for centuries. Researchers far and wide have searched for the unknown secret of eternal life for hundreds of years, including extensive prayer and dedication to Gods, bathing in a certain “fountain of youth,” doing good deeds throughout life to benefit others, or one of the many other means presented to the general public. Almost every main religion in the world has included some path to everlasting life — through mind, body, or spirit — yet only legends exist about the true means of gaining immortality. Until today.

Kinnetz claimed that his age is “not false. Born 1979, August 7,” yet, so adamant about correcting the accusation of being younger than he claims to be, one can only wonder the truth. Eventually, Kinnetz cracked and revealed that he was immortal and possessed everlasting youth. Determined to find the source of his gift, Loebach and I confronted him with questions about the state of his family’s immortality, but this caused some hesitation in his responses. “Uhhhhh…. I… I don’t know. T-that’s a good question. But- uh- but I feel immortal.” Dodging the real questions to keep his family safe from the prying ears of various religious leaders and alchemists, Kinnetz may very well have discovered the secret centuries ago.

When asked what exactly the secret is, Kinnetz cryptically admitted, “[It is] because Genghis Khan is living through my blood. In my veins. Flowing, vibrant… and all that.” A very doubtful statement, Kinnetz seems to want to keep his secret to himself, potentially for reasons other than safety. “The thing is that the older I get, the better looking I get. That’s the best part about it,” said Kinnetz.

Unsatisfied with the explanation received from the interview, students will continue to press towards the real answers. “I demand a polygraph,” said Loebach.